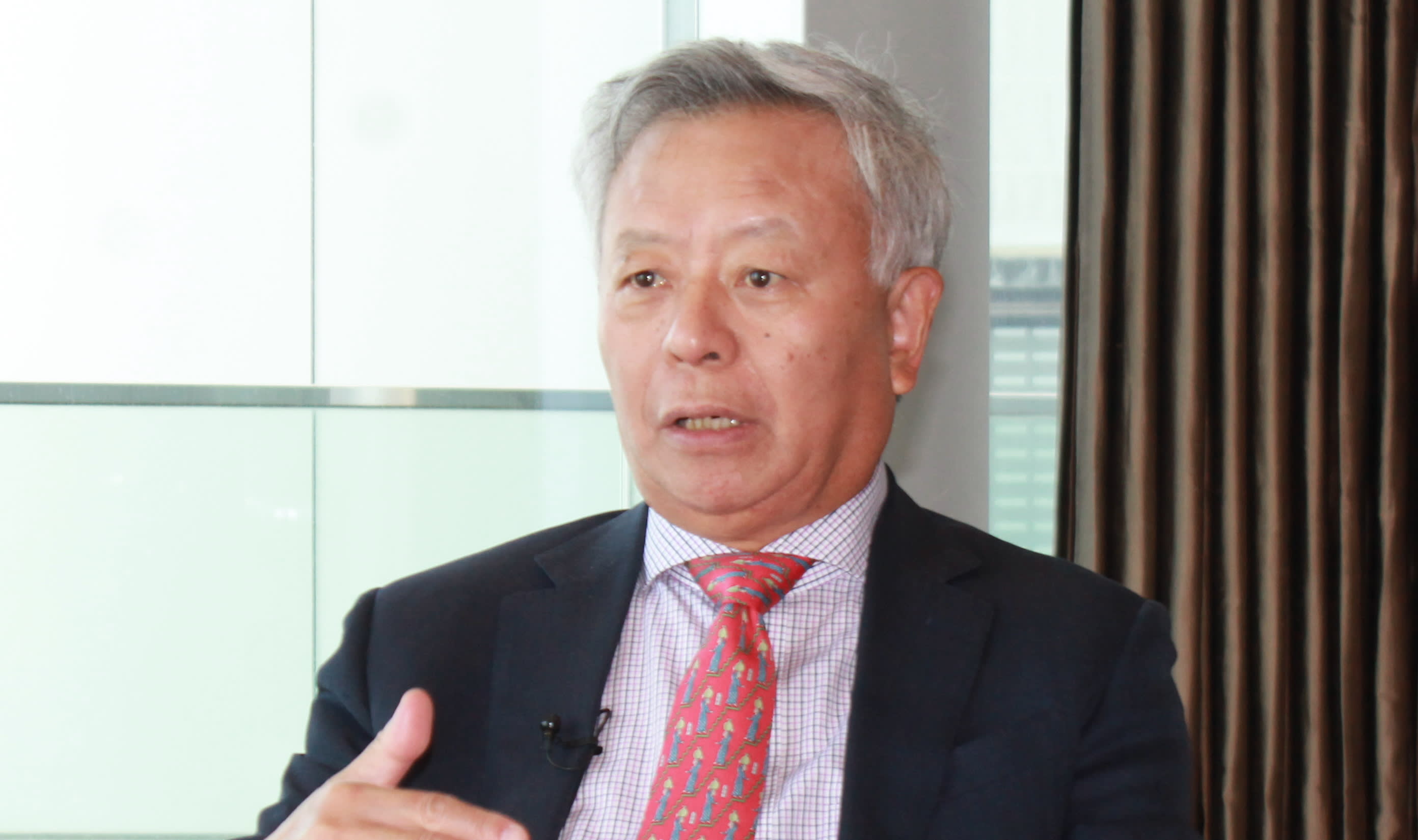 The Asian Infrastructure Investment Bank is looking to build a "broad base of investors," according to President Jin Liqun. (Photo by Joyce Ho)

"We would broadly explore opportunities of getting funding from the global dollar market, Euro, Japanese yen, Chinese RMB," Jin told Nikkei Asian Review, referring to the Chinese currency. He said the bank hopes to build a "broad base of investors."

The bank obtained the highest credit ratings this year -- Aaa from credit rating agency Moody's in September and AAA from both S&P Global and Fitch in July. It was also assigned a 0% risk weighting by the Basel Committee on Oct. 11.

Jin did not specify the timing and size of the offering, but said it was important to set a benchmark for the market.

Since it began operation in January 2016, the AIIB has contracted 21 projects worth at least $2.8 billion. India has won four contracts, with another five in the pipeline. Egypt is the only member outside the region that has received funding from the institution, which has 58 members and 22 prospective members.

Jin said it was inevitable that the bank's investment programs in the early days could be skewed toward countries that had more projects ready for investment. But he said the bank was mindful of equitable resource allocation and would pursue a balanced portfolio going forward.

He also said China, despite its 27.5% stake in AIIB making it the largest shareholder, would not tap the bank for domestic projects. "China will not borrow from this bank, at least not by a big amount," said Jin. But he said he was lobbying the board to allow China to borrow "a little bit" to fight climate change at home, which might travel across borders to become a non-domestic issue.

He also reiterated the bank's eagerness to engage the U.S. and Japan, which are the only members of the Group of Seven leading nations that have yet to sign up as members.

"Regardless of the membership of the U.S. or Japan, we are very much willing to work with these two countries in various forms," said Jin. "For instance, we recruit American nationals, Japanese nationals. We encourage them to join this bank and work together."

"AIIB is inclusive," said Jin. "AIIB keeps its door opened. And the door will remain that way."

Founded in 2015, the Beijing-based multilateral lender had met resistance from the U.S. administration led by former President Barack Obama and its close ally Japan. But a policy shift might be on the horizon under the current President Donald Trump, as Jin noted that the U.S. public had apparently softened its stance against the bank.

"There is no negative stance towards this bank anymore," said Jin, referring to academics, think tanks, media, and those in power in the U.S. "They are all very positive and also, maybe quite a lot of Americans are wondering when the U.S. government will join us."

Jin said the AIIB would like to engage the American professionals, financial institutions and manufacturers, promising "huge opportunities for businesses" from the infrastructure projects the bank led.

Although AIIB appreciates financial support from China, Jin said the bank wanted to reduce its reliance on China's assistance in the long term. "We need to build our own financial strength."