ASEAN needs to double power capacity in less than 20 years

Meeting demand will take $500 billion worth of new generation facilities 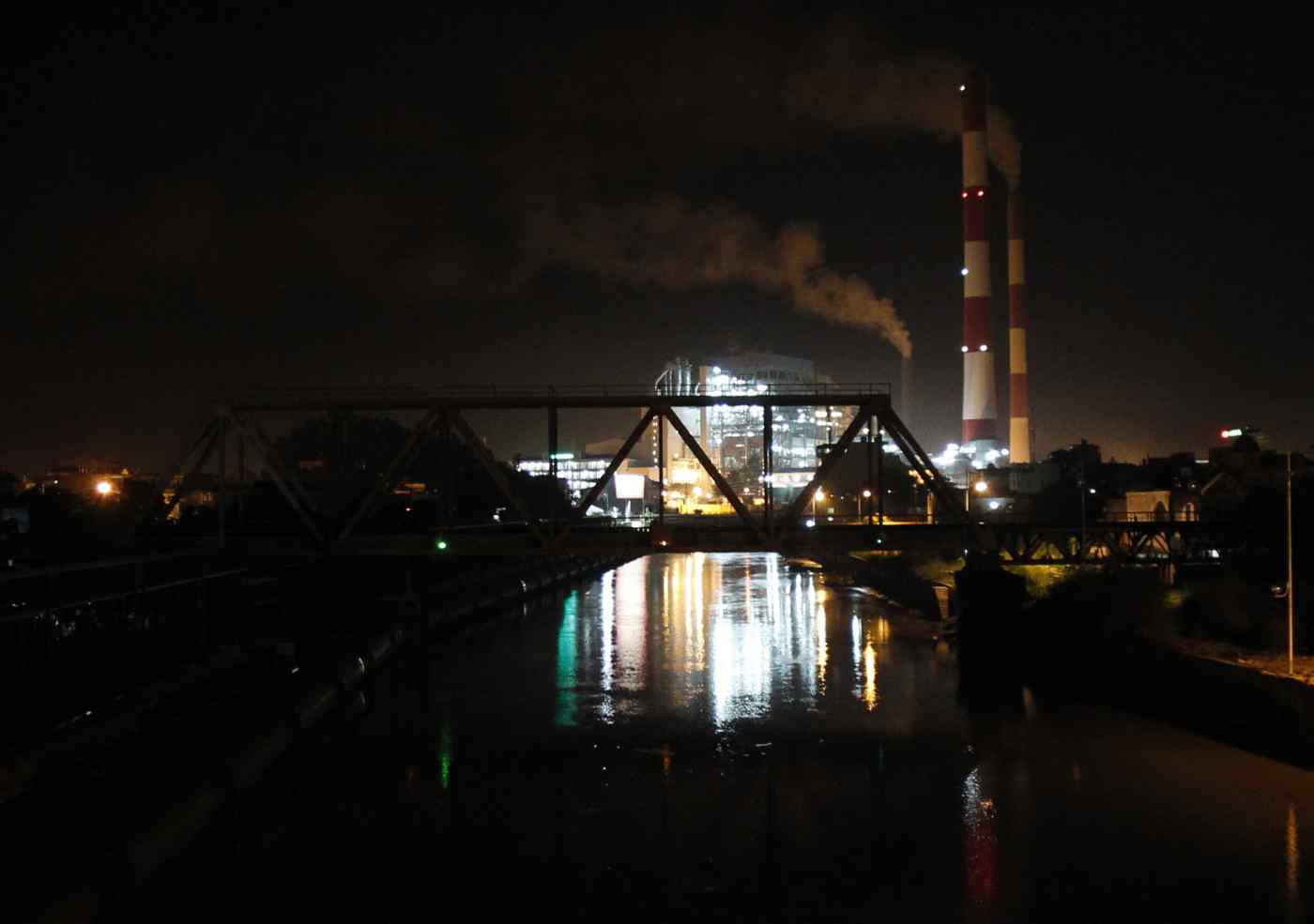 TOKYO -- ASEAN needs to more than double its power capacity in less than 20 years to meet burgeoning demand. British energy research and consultancy group Wood Mackenzie reported last week that the region requires $500 billion worth of investment to achieve such a goal.

ASEAN, whose current combined GDP is around $2.8 trillion, needs to construct an additional 270 gigawatts of generating capacity by 2035. Current capacity is 209GW.

Wood Mackenzie Asia-Pacific gas and power senior analyst Edi Saputra pointed out that countries with lower electricity consumption such as Indonesia, Vietnam, the Philippines, Myanmar, Laos and Cambodia "are also lagging in power supply reliability, and therefore we could see a lot of development in those markets." Wood Mackenzie expects 89GW of new capacity to start operating by 2035 in Indonesia, and 72GW in Vietnam.

Although there has been growing anti-coal sentiment around the world, coal will remain the main source of power generation in ASEAN, according to the consultancy. From now to 2035, 98GW of additional power capacity will come from coal, 49GW from natural gas, 44GW from hydropower. 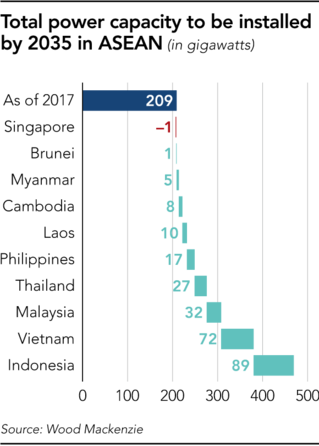 Coping with growing demand is a challenging task in the region. "While there are a lot of plans and aspirations within ASEAN, progress has been quite limited," said Edi. It is "partly due to the lack of joint regulations and enforcement authority of the organization upon its members."

He added: "ASEAN has to explore new ways of fostering energy cooperation among its members, instead of merely relying on individual efforts in isolation, apart from each other."

One key test will be the Trans ASEAN gas pipeline, which will help gas-rich Southeast Asia's thermal power generation a lot more efficient. Another will be the ASEAN power grid, to allow smoother energy distribution within the region.

"ASEAN needs to shift its focus towards LNG cooperation, in building virtual pipeline interconnections, instead of dwelling on the uncertain initiative," Edi said.