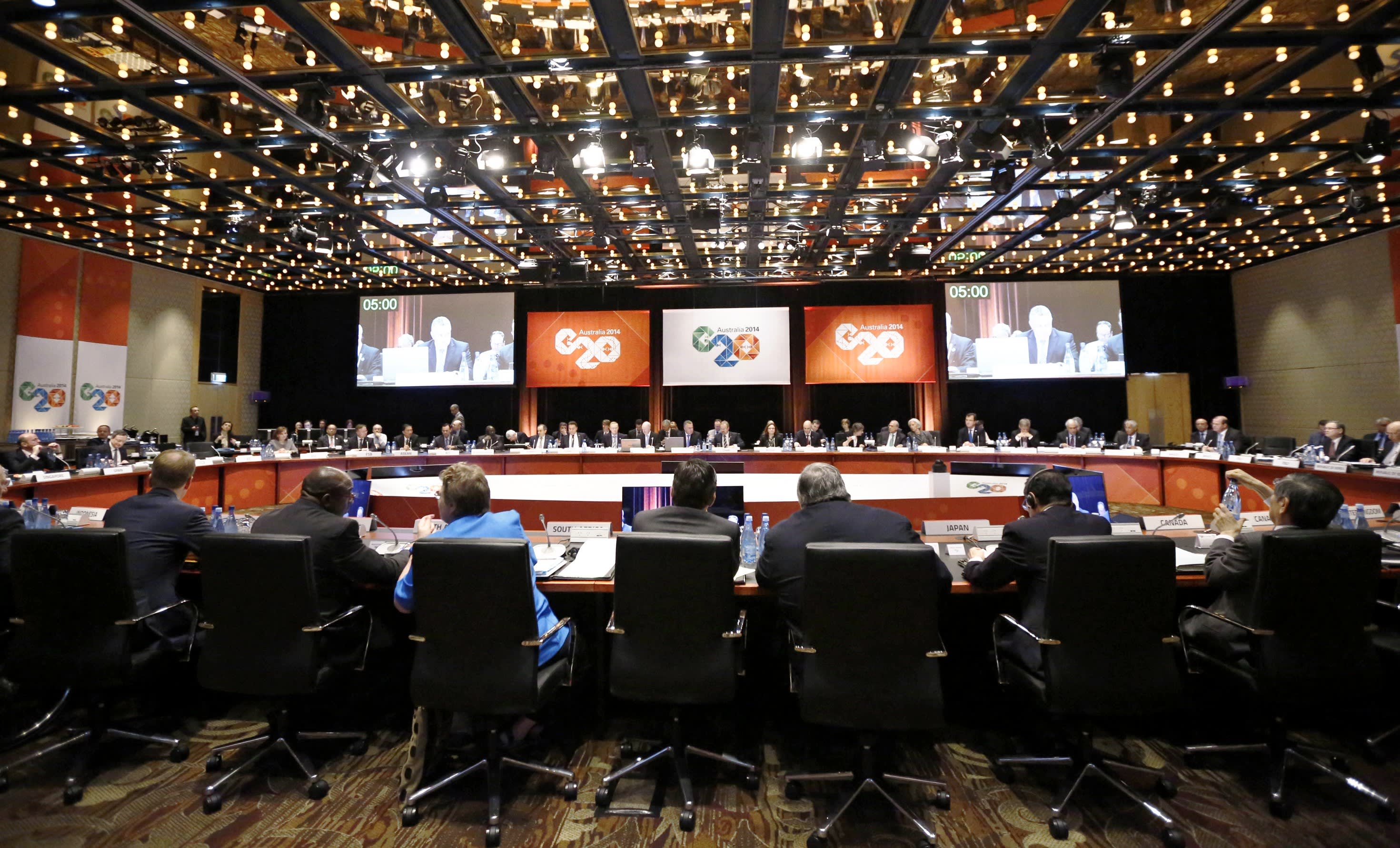 TOKYO -- The Group of 20 nations has adopted an ambitious growth target aimed at propping up the global economy -- but it could just as easily set the stage for another worldwide financial disaster.

At a recent summit in Sydney, G-20 finance ministers and central bank governors pledged to boost their countries' collective economic growth by 2% or more in five years. A joint statement issued Sunday, the closing day of the meeting, says members will come up with measures to realize that target by the G-20 summit in November.

But the International Monetary Fund forecasts that global economic growth will accelerate from 3% last year to 3.7% this year in real terms. The G-20 target thus translates to a global growth rate of nearly 6% in five years, higher than it was just before the 2008 financial crisis.

With growing uncertainties due to the tapering of U.S. monetary easing and concerns over China's so-called shadow banking system, it is commendable that G-20 nations are rolling up their sleeves and working together to help prop up growth.

However, it is concerning that these nations seem to be going for what SMBC Nikko Securities describes as "a plan to recreate the unprecedented global economic boom before the collapse of Lehman Brothers."

The global real economy expanded at the annual pace of around 5% from 2004 through 2007.

Then U.S. Treasury Secretary Henry Paulson said on June 20, 2007 in front of the U.S. House Financial Services Committee that the global economy was performing extremely strongly and "firing on all engines."

It is true that the world was enjoying an unprecedented economic boom, fueled by the U.S. housing bubble and the development of emerging economies. But it was the distortions from this overheated economy that led to the failure of Lehman Brothers in September 2008.

More than a number

The G-20 countries should be focusing on policies rather than a numerical growth target. It is estimated that industrialized countries are still suffering from a demand shortfall of $1 trillion due to the aftershocks of the global financial crisis. Relying on fiscal spending and monetary easing is no longer the answer. They must make efforts to bolster the foundation of economic growth through structural reforms.

The situation is not so different in emerging economies. They have been avoiding painful reforms by turning to stopgap measures, but they must look toward the future and put for efforts to strengthen the competitiveness of their export industries, improve their current account and fiscal balances and reform their financial markets.

Demographic shifts are another problem hanging over the global economy. With populations aging and birth rates declining, the ratio of the working-age generation to the elderly and children is expected to peak in Asia, following in the footsteps of Japan, the U.S. and Europe.

To meet this challenge, we must utilize women and the elderly more in the workforce, boost productivity through technological innovations and other avenues and liberalize trade and investment to make it easier to tap the fruits of globalization.

To solidify the foundation for global economic growth over the medium to long term, steady and concerted efforts toward structural reform cannot be avoided. Chasing high growth without laying the necessary groundwork will only lead to a repeat of past mistakes, with an overheating economy setting the stage for another global financial disaster.