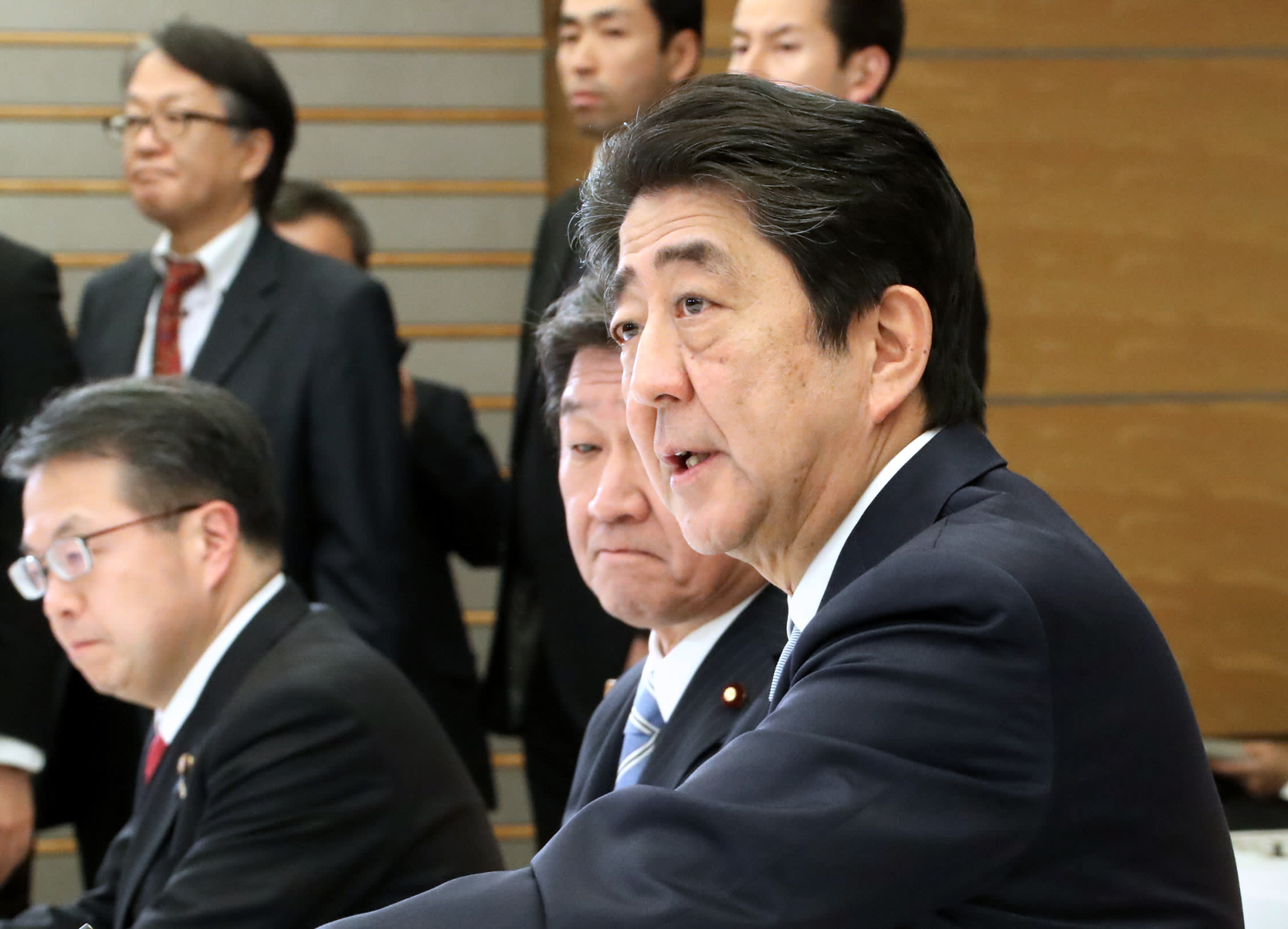 TOKYO -- Japan's Prime Minister Shinzo Abe plans to use hefty supplementary budgets over the next several years to ramp up economic stimulus even as a fiscal consolidation plan due out in June urges restraint.

As the Council on Economic and Fiscal Policy prepares to formulate new fiscal reform plans starting Tuesday, maintaining economic growth, rather than limiting spending, seems to be Abe's top priority.

When the group last met in December to discuss economic policy in 2018 and beyond, Abe was adamant that he would not let Japan re-enter a slump like that in the 1990s and early 2000s, when many businesses stopped hiring. His ambition is to leave the persistent threat of deflation behind for good -- a feat the prime minister himself has said will require more fiscal spending. Many in the government view this as a warning to Ministry of Finance deficit hawks not to get too eager.

The government intends to produce a new set of fiscal management policies by June, based on economic projections the Cabinet Office will present Tuesday. Typically, these plans set targets for primary spending -- a category including social security and policy expenditures, but excluding debt-service costs -- for the next three to five years, in a way that moves Japan closer to a primary budget surplus.

This year's plan will feature a new timeline for achieving a surplus. The ruling Liberal Democratic Party has effectively abandoned the goal of a balanced budget in fiscal 2020, having promised in the run-up to last fall's lower house Diet election to spend a large part of funds previously meant for debt reduction on expanding social programs. Now, the target date for a surplus will land sometime after autumn 2021, when Abe's tenure as prime minister will end, assuming he wins a third consecutive term as LDP chief this fall. Failing to adhere to that timeline thus carries no real consequences for the leader.

Of greater concern to Abe is keeping the economy strong through the end of his term. That itself could be a challenge: Japan plans to raise its consumption tax from 8% to 10% in October 2019, and overall demand in the economy is expected to plunge after the Tokyo Olympics wrap up in 2020.

Creative use of the supplementary budget process could let Abe pursue economic stimulus regardless of how the fiscal policy plan turns out, as rules for fiscal discipline apply more harshly to the first budget in each fiscal year. A hefty dose of extra spending this fall could help prepare the economy for next year's tax hike. In 2019, a second spending plan could head off the negative impacts of that increase, such as a drop in personal consumption. The following year, a supplementary budget could help stoke demand in the wake of the Olympics.

Many expect these outlays would be substantial. According to one attendee of the fiscal policy council's late-December meeting, Abe believes measures taken to soften the blow of Japan's last consumption tax hike -- from 5% to 8% in April 2014 -- were too limited, implying a larger response is in store this time around.

It is hardly ideal for a prime minister to be pulling hard for more spending as his government draws up plans for fiscal consolidation. But there is not much the finance ministry can do to stop him. The coming tax increase has already been postponed twice, and few at the ministry are willing to risk a third delay by urging Abe to reconsider his spending plans.

Passing major supplementary budgets several years in a row might seem improbable, but with Abe's determination, and in light of the other restrictions he faces, it is by no means impossible. Yet the question remains: If additional midyear spending becomes a regular way to work around fiscal consolidation plans, what are those plans worth in the first place?