Economic growth less effective in curbing poverty than in past decades JAKARTA -- One stereotype of Asian cities such as Jakarta and Manila is a stark juxtaposition between sprawling slums and gleaming shopping malls stocked with luxury goods -- an image with some accuracy, going by a new World Bank report.

About 250 million people live in slums across the East Asia-Pacific region, which does not include India, the report found, even as the number of billionaires rose 30% per year from 2002 to 2014.

Income inequality has risen across the region, chiefly driven by the growing rich-poor divide in Indonesia and China, according to data in Riding the Wave: An East Asian Miracle for the 21st Century, a World Bank report released Monday.The findings suggest Asia's continued high economic growth is less effective in curbing poverty than in past decades.

"Income inequality is high or rising in most countries," the report said. Similarly, a 2016 study by the International Monetary Fund noted that inequality rose even as economies boomed. In China, the IMF said the Gini coefficient -- a widely used measure of economic inequality -- rose the most, from 33 in 1990 to 53 in 2013.

Responding to the World Bank report in Jakarta on Monday, Indonesian Finance Minister Sri Mulyani Indrawati echoed this, saying, "Our current Gini coefficient [will be] a struggle for the next few years."

Despite the region's inequality, the World Bank said nearly two-thirds of people can be categorized as "economically secure" middle class, up from 20% in 2002.

"In many countries [inequality] is either constant or decreased somewhat," said Sudhir Shetty, World Bank economist. He attributed the region's overall high inequality to rises in China and Indonesia, home to about 1.5 billion of the the region's 2 billion people.

The bank Credit Suisse noted in its 2017 Global Wealth Report that Japan and Singapore have less income inequality than poorer Asian countries, as well as many wealthy European and North American ones.

But it could be difficult for poorer countries in Asia to emulate the developed economies.

"In the early stages of Asia's development, the great message of the region was growth with equity, but that seems harder to achieve. As the world has changed, there is a shift away from manufacturing to services," Shetty said.

Less inequality could result in more growth for economies such as Indonesia and the Philippines, where consumer spending is important. The U.K. bank HSBC recently reported that in the Philippines, private consumption accounts for 73.5% of gross domestic product. In Indonesia, consumer staples and consumer discretionary companies account for the largest share of total market capitalization, at 35%.

Both the World Bank and the IMF stress that improved access to education, health and financial services could reduce inequality.

"Education is the way to become middle class," Indrawati said. 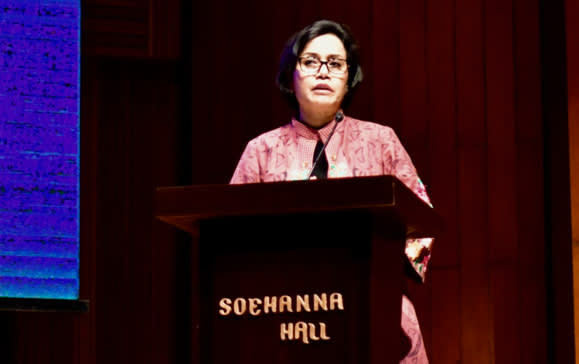 Some temporary reductions in inequality are likely in countries such as Malaysia and Indonesia ahead of elections scheduled for 2018 and 2019, as governments look to increase social spending in the hunt for votes.

But such politically motivated handouts will not help in the long run, and governments will need to make politically unpopular decisions if economies are to be reformed in a way that reduces inequality.

"We all know what to do," said former Indonesian Finance Minister M. Chatib Basri, discussing economic reforms. "We just don't know how to get re-elected after we do it."