JOHANNESBURG -- Rhino horn will go on sale legally in South Africa in late August, after a court lifted a domestic trade ban in April. Many expect much of the horn to find its way to East Asia, even though South Africa remains committed to a worldwide ban on international trading.

The ruling, by South Africa's Constitutional Court, has sparked concerns that legalizing the domestic trade will provide trafficking loopholes for horns destined for markets such as China, Laos and Hong Kong, the three main destinations for horns smuggled out of South Africa. Indeed, on Aug. 12, Hong Kong Customs seized 2.6kg of "suspected rhino horn," with an estimated market value of $67,000, from an airline passenger arriving from Johannesburg. 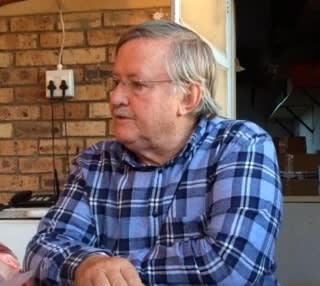 The first legal auction will take place online on Aug. 21-24, with a second scheduled for Sept. 19, after official permits are granted to John Hume, the country's largest private rhino breeder.

Conservationists opposed to the legalization of the domestic trade attacked the court's decision to lift an eight-year ban, fearing it would encourage poachers, fuel demand for Asian medical potions using horn, and enrich private breeders such as Hume. But Hume said the money that would be raised by the auctions was essential for the survival of the endangered species.

"If I don't sell rhino horn, in 10 years' time my rhinos will all be dead. I bet my bottom dollar on that," said Hume, adding that anti-poaching security measures at his rhino breeding operation near Klerksdorp, a short drive from Johannesburg, amount to "more than half" his running costs.

Official statistics from the South African Department of Environmental Affairs show that 1,054 rhinos were killed by poachers in 2016 -- nearly three a day on average. The world's rhino population has reached a critical low point. There are fewer than 50,000 left in the wild, according to estimates by Save The Rhino, a charity.

Save The Rhino said there is no South African demand for horn, and warned that the planned auctions could attract bidders intending to smuggle horns to Asia. The demand for rhino horn stems mainly from traditional Chinese medicine. Horn, made up of the protein keratin, is believed to cure conditions ranging from headaches to cancer, despite a lack of scientific evidence.

Because of its increasing rarity, rhino horn is also considered a symbol of status and wealth in some parts of East Asia, and is sometimes used to close business deals. These practices have had a devastating effect on the South African rhino, which is threatened with extinction.

Hume owns the world's biggest private rhino-breeding farm, with more than 1,000 rhinos roaming 8,000 hectares of land -- an area almost the size of Manhattan. He led the legal challenge that ended the trade ban, and advocates "sustainable utilization" of rhino horn that can be harvested and supplied to a controlled and legal market, bringing down the price and undercutting the illegal trade.

"Do you know how our poaching started?" said Hume. "In the late nineties, our government was awarding permits to the Vietnamese to kill our rhino. You could get maybe 8kg or 9kg of horn off an average rhino that you shot. I always said: 'How can you be that stupid? Why don't you let the rhino live happily ever after, cut off his horn, he doesn't miss it, he doesn't need it, and in his lifetime of 40-odd years he will give you 60, 70 or maybe even 80 kilos of horn. Why do you want to kill him for eight?'"

Hume made international headlines when a poaching attack killed three of his rhinos in 2007, after which he decided to dehorn every remaining rhino in an effort to save them from the same fate. Rhino horn regrows at a rate of about 6cm to 12cm a year, and Hume has amassed more than 6 tons, which is kept in secret storage facilities in South Africa. 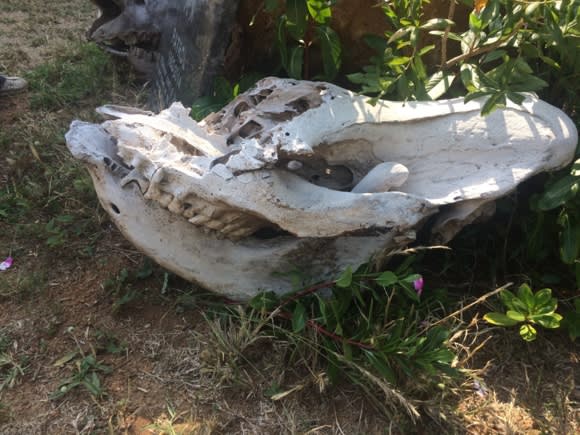 The skull of a rhino killed for her horn on Lynne MacTavish's private farm near Johannesburg. The rhino’s baby calf died afterward of starvation. (Photo by Chloe Geraghty)

However, Hume's dehorning strategy has not ended poaching of his rhinos. Even small amounts of horn are valuable, and dehorning is done only every 12 months. The latest attack on Hume's farm killed two rhinos on March 6. Poachers managed to break in and walk through two rhino camps to attack a group of youngsters with horns that had not been trimmed. "They shot them. One of our field rangers who was corrupted brought [the poachers] in," said Stephan Broekman, project security manager and head of Hume's anti-poaching unit.

Groups such as Save the Rhino and the International Fund for Animal Welfare expect poaching to increase when the market is legalized, as they say happened with elephant poaching after a one-off ivory auction in 2008 stimulated demand in Asia.

Harvesting ivory always kills elephants, while rhinos can live without their horns. But the crisis over ivory has sparked fears that rhino horn will become an investment for poaching syndicates in the early stages of legal trading. "It will be like opening Pandora's Box, and it cannot be undone, devastating a species already threatened with extinction," said a ranger at South Africa's Pilanesberg National Park, who wished to remain anonymous.

The private sector claims it plays a vital role in rhino conservation that is often ignored. "The insult here is that we, the private reserves in South Africa, own and are responsible for more rhinos that the rest of Africa combined," said Pelham Jones, chairman of the Rhino Owner's Association. "We own some 6,500 black and white rhinos, which is about 37% of the national population, and we get zero funding from government."

The South African move to trade horn domestically comes despite the country's ratification in 1975 of an international trade ban under the auspices of the Convention on International Trade in Endangered Species of Flora and Fauna, a multilateral treaty intended to protect endangered plants and animals.

South Africa will require buyers and sellers to obtain permits to take part in the domestic trade, and buyers will have to be in possession of a residence permit and have a South African address to prevent foreign traffickers from buying horn. Albi Modise, a DEA official, said environmental management inspectors from the department and South Africa's provincial conservation authorities have verified the rhino horns that are due to be sold at Hume's planned auctions.

Buyers are offering around the same price as on the black market, according to Hume's lawyer, Izak du Toit, who said estimated prices quoted in the media were "horribly inflated." Du Toit expects the auction to achieve a price of around $10,000 per kilogram, about the same as buyers were offering before South Africa's domestic trade ban came into effect eight years ago.

"We don't know who the buyers are, and we are not required by law to ask," said Du Toit. He said he thinks buyers will likely be investors and businessmen hoping that the next CITES meeting, to be held in two or three years' time, will loosen restrictions on the international horn trade so that they can sell legally overseas.

For Hume, the ideal outcome of legal trading in horn is that rhinos will become more valuable alive than dead, encouraging conservationists to reinvest in the species and create breeding programs. That would lead to an increase in numbers and encourage biodiversity.

"If it works, my horn will be worthless and the poachers will not come to my farm," said Hume. "I will save more than half of my running costs and I can go back to what I did 20 years ago, which was leave my horns on my rhinos, breed rhinos, sell them to game reserves, zoos and game parks at a profit to breed more rhino."