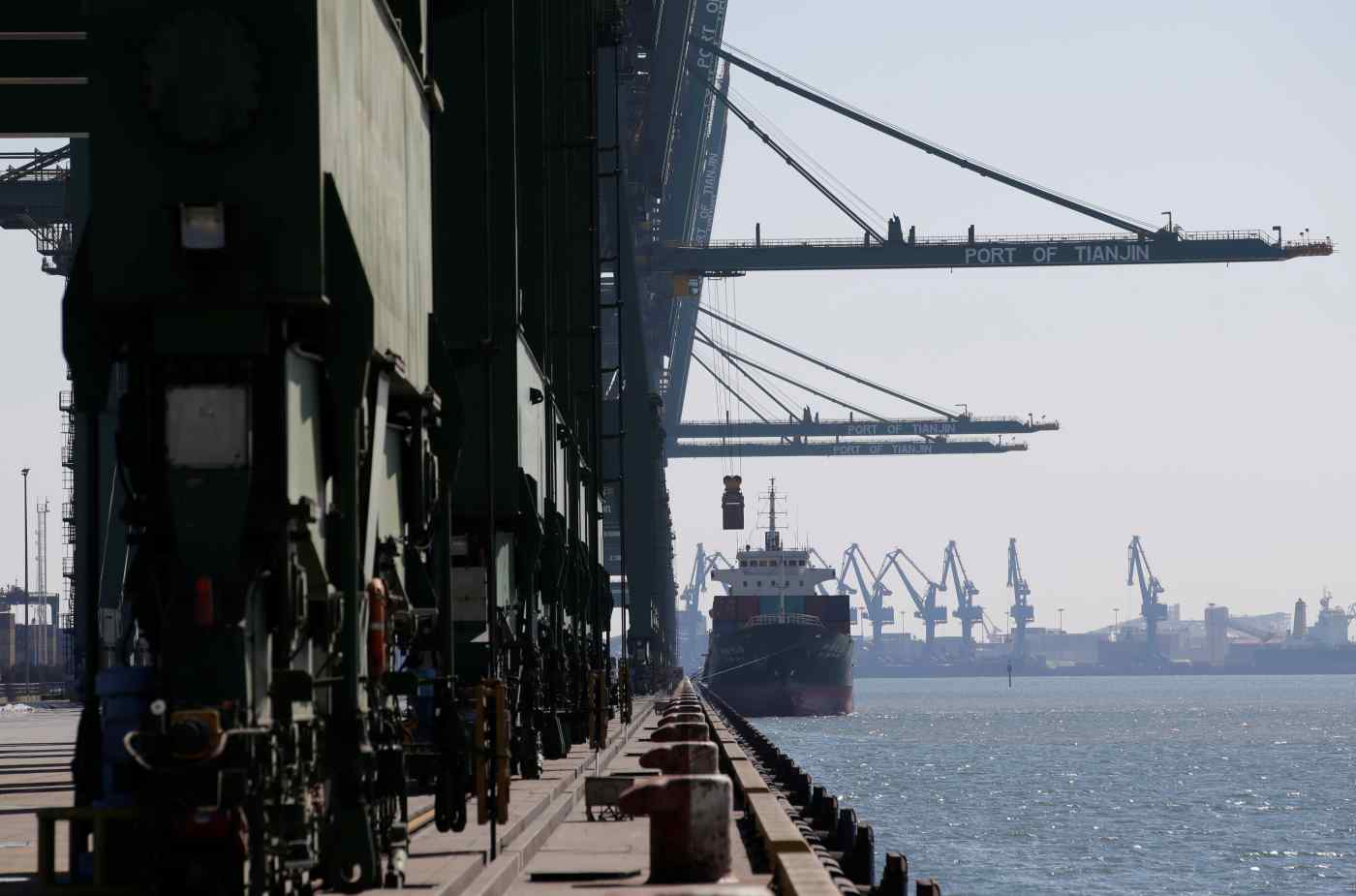 TOKYO -- Against a backdrop of growing optimism, fueled by rising exports, China's economy will grow by an inflation-adjusted 6.4% and four big Southeast Asian economies will log combined growth of 5.2% this year, according to a forecast by the Japan Center for Economic Research.

JCER raised its 2018 growth outlooks for China and the ASEAN4 by 0.2 percentage point each from the previous forecast in August 2017. GDP growth in Malaysia is expected to reach 5.2% this year, up 0.7 point, while Thailand's growth outlook was raised to 3.9%, up 0.5 point.

Growth in Indonesia and the Philippines, whose economies are relatively dependent on domestic demand, is expected to accelerate slightly in 2018, with GDP rising 5.3%, and 6.9%, respectively, unchanged from the previous survey.

Exports of electronic components such as semiconductors, which contributed to a broader recovery in Asian exports in 2017, are expected to continue to grow in 2018, but at a slower pace. Weakening global demand for smartphones and higher interest rates are potential drags on the regional economy.

Until last year, strong demand for smartphones pushed up demand for semiconductors. But the smartphone market is reaching saturation, and demand for chips seems to have peaked. Chip demand for data centers and cars is growing at a steady pace, but if smartphone demand falls more sharply than expected, exporters will not be able to count on further growth. U.S. trade protectionism is another significant risk. Exports from these countries have remained strong since the latter half of 2016, supported by the global economic recovery. Shipments of electronic parts for smartphones and other products have risen, and conditions in the energy and minerals markets have also improved, helping resource exporters such as Indonesia and Malaysia.

Robust exports in these countries have had a ripple effect on their domestic economies, leading to improvements in employment and wages, and to solid growth in consumption. In the Philippines, infrastructure investment also contributed to expanding domestic demand. Real gross domestic product growth in 2017 accelerated to 6.9% in China and 5.2% in the ASEAN4.

China's economy has been supported to some extent by government investment, but is expected to gradually slow as companies pay down more debt. In addition, export growth is likely to decline further, cutting the country's GDP growth to 6.2% in 2019. China's slowdown will also weigh on Malaysia and Thailand, whose economies rely heavily on Chinese import demand.

Malaysia's growth rate is projected to fall to 4.7% in 2019, and Thailand's to 3.4%. Indonesia and the Philippines, which have relatively weaker trade links with China, are expected to maintain strong growth, reaching 5.3% and 6.9%, respectively, in  2019, unchanged from this year's forecast. In the ASEAN4 as a whole, growth is forecast to decline to 5.0% next year. Smartphone chips and other electronic components are a major source of export growth for Asia.   © Reuters

Although the global economic upturn is likely to continue to drive growth in Asia, the effects of monetary policy normalization in the U.S. and Europe may pose downside risks. The U.S. Federal Reserve began shrinking its balance sheet in the fall of 2017 and the European Central Bank also started reducing its bond purchases in January 2018.

Financial markets are becoming more anxious about the trajectory of U.S. long-term interest rates. In early February, stock market volatility soared due to fears of a sharper-than-expected rise in U.S. long-term rates. Stock prices plummeted, not just in the U.S. but globally.

Although markets appear to have settled down, the normalization of monetary policy may cause more disruption. The U.S. Congress recently passed major tax changes, including large corporate tax cuts. The Trump administration has also proposed a huge infrastructure spending plan that will increase the fiscal deficit. If the Treasury Department issues more debt to pay for it, long-term interest rates will undoubtedly rise at a faster pace.

A spike in U.S. long-term interest rates may, in turn, trigger larger capital outflows from emerging markets, hampering economic growth. In particular, there is concern over the impact of higher interest rates on China, whose corporate debt has swollen to more than 160% of GDP. If China's central bank raises interest rates to prop up the yuan against the dollar, this may make it harder for companies to service their debts, leading to a surge in bankruptcies.

Asian currencies, including the yuan, are much less vulnerable to sudden changes in capital flows than they were in 1996, just before the Asian currency crisis, as indicated by the current account balances and foreign exchange reserves of the countries surveyed. Rapid capital outflows in the future will not necessarily lead to a financial crisis.

Geopolitical risks include the lingering threat of war between the U.S. and North Korea. Although the afterglow of the Pyeongchang Winter Olympics appears to have lessened tensions on the Korean Peninsula somewhat, there has been no progress in the effort to persuade North Korea to abandon its nuclear arsenal, and it remains unclear whether dialogue will continue after the Olympics.

The Middle East is also a matter of concern, as tensions rose between Israel and Iran in February. If instability in the region causes crude oil prices to rise sharply, inflation will surge, resulting in a global economic slowdown.