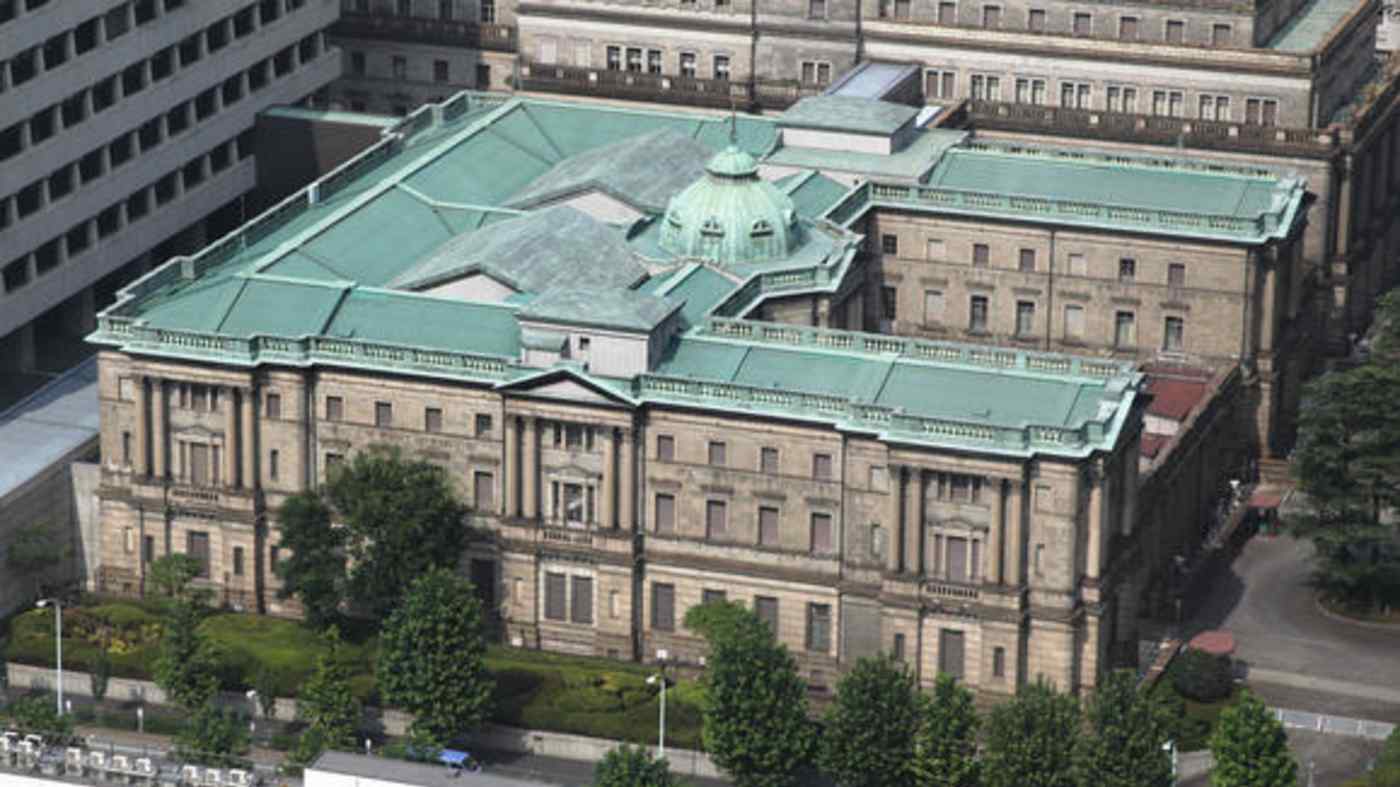 TOKYO -- The Bank of Japan decided to adopt negative interest rates at its policy meeting on Friday, voting 5-4 to apply an interest rate of -0.1 percent on current accounts that financial institutions hold at the central bank. At the same time, the BOJ revised its inflation forecast for fiscal 2016 down to 0.8% from a previous level of 1.4%.

The surprise move triggered a rally on the Tokyo Stock Exchange, with the Nikkei 225 rising almost 600 points at one stage, but then falling back sharply as investors contemplated the effects of the new measure. The yen weakened by as much as 2.2% against the dollar.

In a statement, the BOJ said it adopted the negative interest rate policy in order to achieve its price stability target of 2% at the earliest possible time, and signalled that it will "cut the interest rate further into negative territory if judged necessary." The central bank had until now been paying financial institutions an interest rate of 0.1% but in future will collect 0.1% for certain deposits beginning February.

Under the scheme, the interest rate for outstanding deposits will stay the same. Negative interest rates will be applied to new bank reserves only.

The Japanese central bank opted to maintain its quantitative and qualitative easing program at its current level,  buying assets at a rate of 80 trillion yen a year.

The European Central Bank became the first major central bank to introduce negative interest rates in June 2014. Ben Bernanke, the former chairman of the U.S. Federal Reserve, said in remarks at the Asia Financial Forum in Hong Kong on Jan. 19, that the Fed had considered and rejected implementing negative interest rates during the global financial crisis.