TOKYO -- Bank of Japan Governor Haruhiko Kuroda looks favored to steer monetary policy for another five years after his current term runs out in April.

The market has all but priced in a second term for Kuroda as well, suggesting he is broadly expected to keep his seat.

The government intends to propose a slate of central bank governor and deputy governors for parliamentary approval at the regular Diet session in January.

Kuroda "is doing a fine job," Abe told his ministers during the general election campaign as victory for the ruling coalition came into view. "At the moment, there's no particular reason to replace him."

An economic adviser to Abe who was behind the selection of Kuroda in 2013 has said the next governor must be someone with "an appreciation for the present system." That adviser intends to discuss the matter with Abe soon, and the selection process is likely to start in earnest, with Kuroda as the leading candidate. 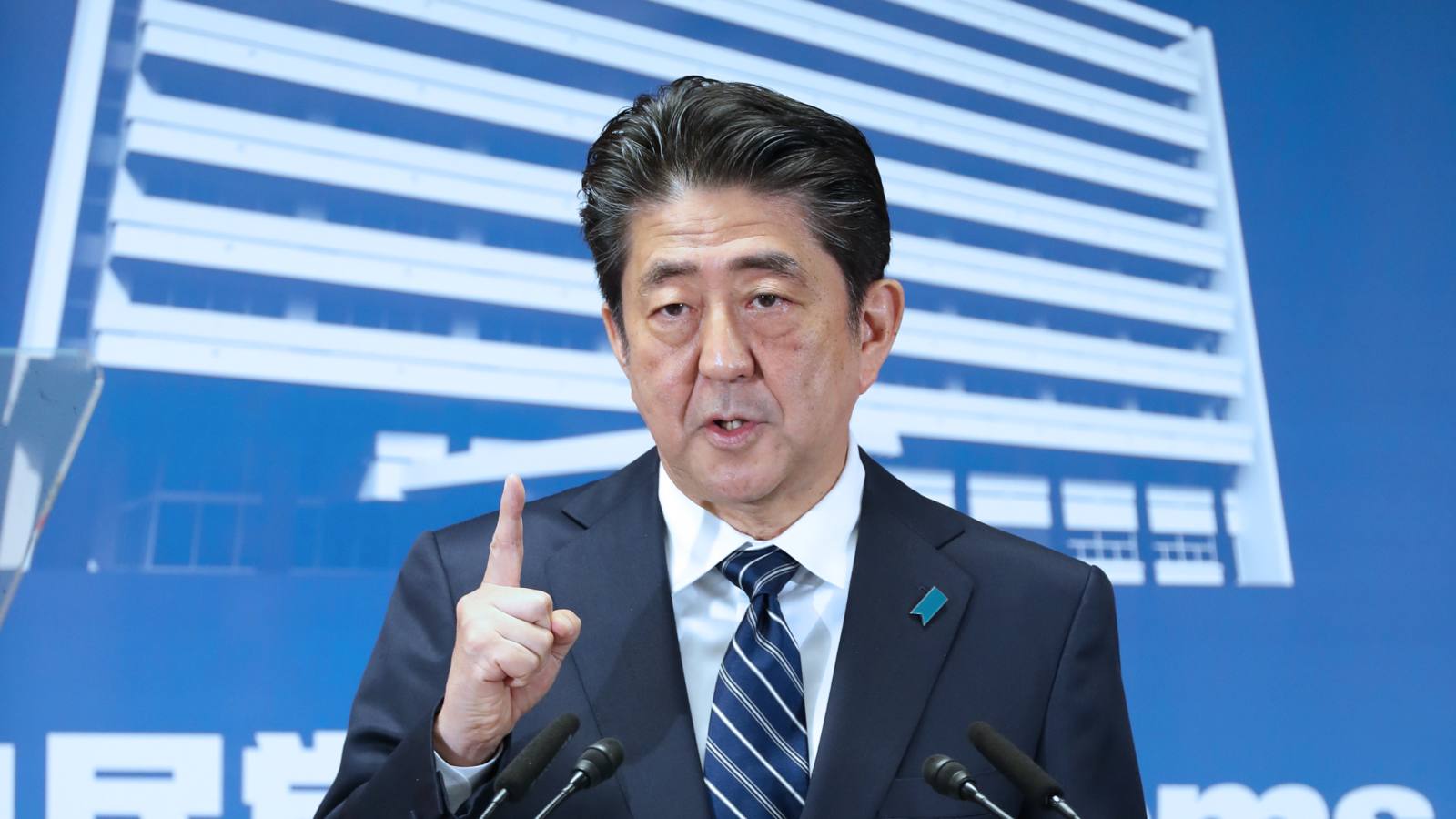 Since the BOJ under Kuroda launched its quantitative and qualitative easing program in April 2013, the bank's successive loosening steps have helped soften Japan's currency, bolster equities and improve corporate earnings.

Inflation, a key priority for Abe, has recovered to 0.7% after falling into negative territory following a consumption tax hike in 2014. The prime minister has claimed to have "complete trust" in the abilities of Kuroda to guide Japan out of deflation.

The ruling coalition's victory in the Diet's lower house means Abe's government no longer has to worry about winning approval for its appointments to the central bank. Should he stay on, Kuroda would be 78 by the end of his tenure, but his age "will not be a problem," Chief Cabinet Secretary Yoshihide Suga said.

In reality, with massive-scale easing continuing, the prime minister no longer can decide the central bank's next leadership without input from the market.

High stock prices, backed by a stable yen, could be considered the greatest achievement of Abenomics. If the government swapped out Kuroda, an icon of those accomplishments, the market could begin to doubt the durability of the easing program.

The yen has softened to the 114 range against the dollar from around 92 when Kuroda took office. Japan's low interest rates stand out as the West backs out of monetary easing, leading hedge funds and other speculative investors to sell the yen. In 2016, dollar-yen transactions totaled about $900 billion per day, according to the Bank for International Settlements -- the second-greatest trading volume behind greenbacks and euros.

The selling of Japanese currency under Kuroda's easing programs has been fueled by financial institutions and other institutional investors turning their yen assets toward overseas investments as they see domestic interest rates staying low for the long term. The flow of funds could dwindle if the central bank began steering toward normalization.

"In the unlikely event someone who would abandon Kuroda's easing became the next governor, there would be a risk of the yen strengthening and stocks sinking," said Yuji Saito at Credit Agricole Corporate & Investment Bank.

If the yen were to appreciate, it could push Japan's economy back into the doldrums in which declining prices of import goods and sluggish stocks led to a deflationary mindset among businesses.

Abe's government still faces elections for the presidency of the Liberal Democrats in September 2018 and for the Diet's upper house in summer 2019. "We're watching foreign exchange rates with great concern," one government official said frankly. To a degree, the market has the government's hands tied on the central bank's leadership.

If Kuroda stays aboard, easing will stay on track. The BOJ is tweaking its policy tools so it does not immediately have to unleash additional loosening measures should goods prices start to slump, but the bank's commitment to helping the Abe administration defeat deflation looks unlikely to change.

Yet to reach the prime minister's ultimate goal of achieving stable inflation, some of his economic advisers are seeking a policy change.

"It's important to actively increase public spending and have the Bank of Japan support it by buying government debt," said Etsuro Honda, the present ambassador to Switzerland who served as a special cabinet adviser after Abe's second government took power in 2012. He also proposes changing the government and central bank's policy accord.

Another of Abe's economic advisers -- Nobuyuki Nakahara, formerly of the central bank's policy board -- has proposed measures such as converting some of the BOJ's Japanese government bonds to perpetual bonds that do not mature and pay no interest.

If the government intends to explore changing course on monetary policy, some say, it should switch out Kuroda for a new face -- such as BOJ Deputy Gov. Hiroshi Nakaso or Executive Director Masayoshi Amamiya. Some float the idea of Honda, who is close to Abe, or Takatoshi Ito, a professor at Columbia University in the U.S. who has advocated an inflation target and is sympathetic to monetary easing.

Strengthening the real economy may require improving potential growth by loosening regulations. Relying too much on monetary policy could weaken the government's sway. The debate over the BOJ's new leadership should also touch on how to rebuild Abenomics altogether.