As Indonesia and Vietnam grow, the country's appeal may be fading fast 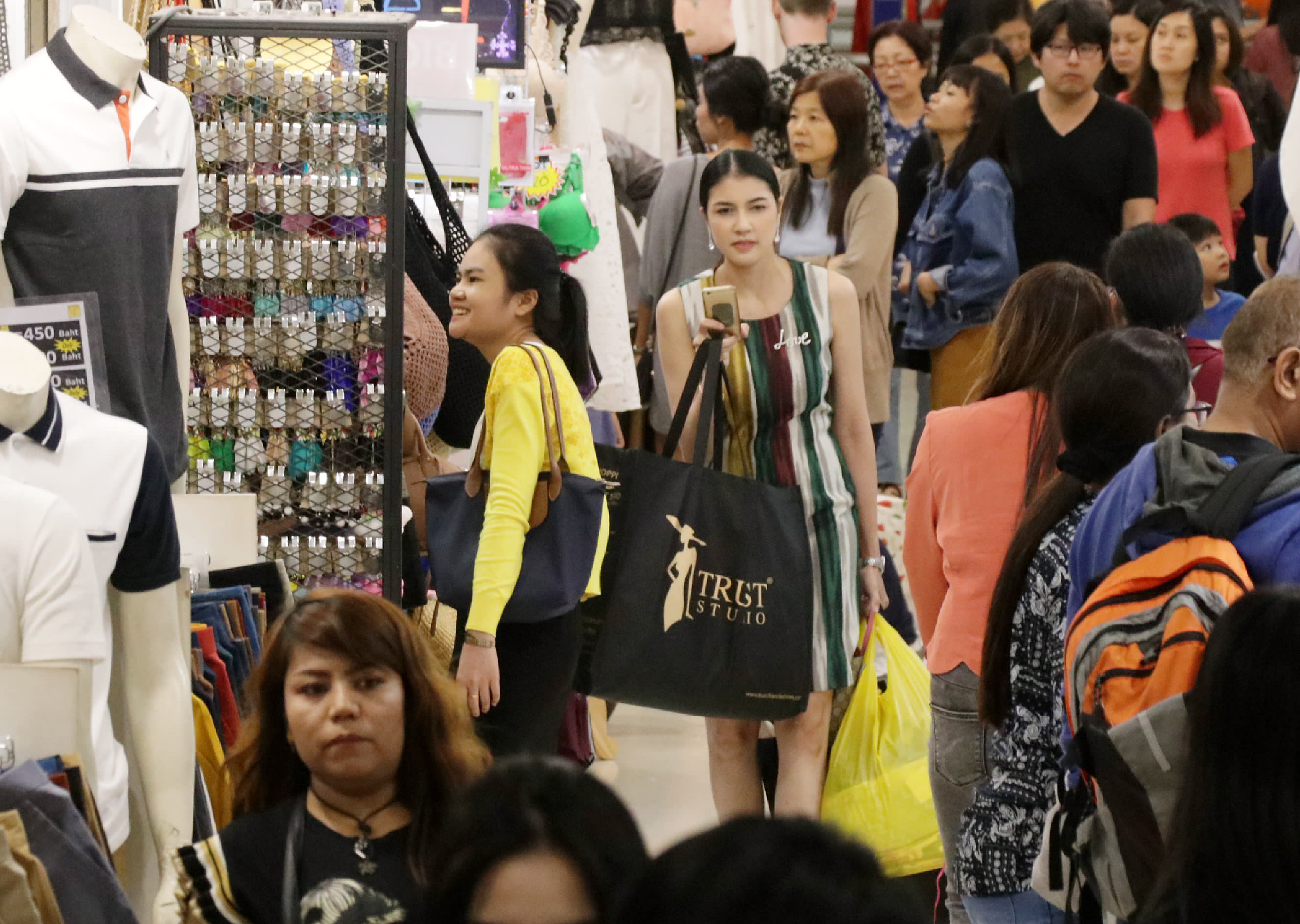 The bright lights have returned to Bangkok's streets, and many Thais are starting to smile again.

The country emerged from 12 months of mourning for the beloved King Bhumibol Adulyadej in October, and it looks like consumers are starting to spend.

Whether or not the optimism applies for the long-term economic outlook, however, is another matter.

Gross domestic product for the quarter through September showed its highest growth in more than four years at 4.3% on the year. Tellingly though, that falls well short of the 7.5% in Vietnam, 6.9% in the Philippines and 5.06% in Indonesia.

Thailand has long been one of the economic powerhouses of Southeast Asia and central to foreign investment strategies for the region. But, worryingly for the country, many companies could soon start looking elsewhere.

Like most of Asia, Thailand was hit hard by the 1997 financial crisis. During the subsequent decade, then-Prime Minister Thaksin Shinawatra busily went about luring foreign, mostly Japanese, automakers, and the country got back on its feet more quickly than most.

According to the International Monetary Fund, Thailand in 2003 grew more than any other major regional economy at 7.2%, compared with Indonesia at 4.8% and the Philippines at 5%. The country's per capita GDP was $2,380, more than that of its two neighbors combined. 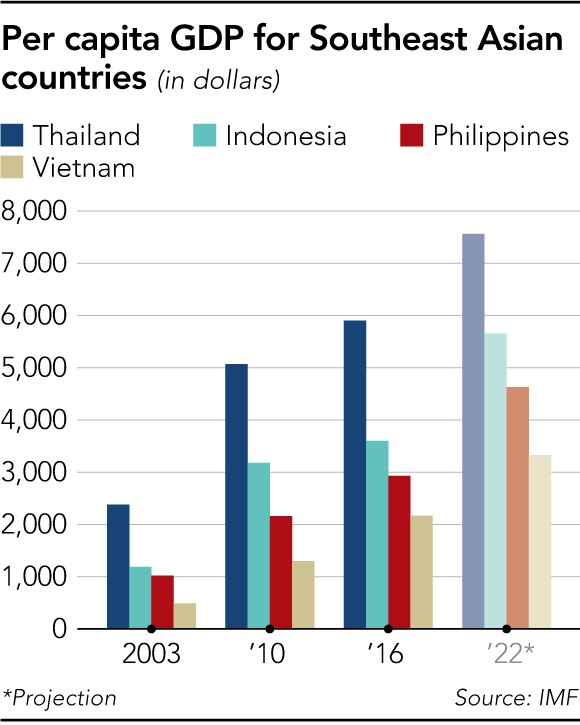 But the good times did not last. Conflict between pro- and anti-Thaksin groups led to years of turmoil. He was ousted from government in a coup in 2006 and his younger sister Yingluck met the same fate in 2014. Last year, King Bhumibol, who had been pivotal in maintaining stability, passed on.

Since 2013, the pace of growth has slowed to between 0% and 3.2% annually, while neighboring countries have forged ahead. The IMF foresees Thailand leading its neighbors in terms of per capita GDP, which is estimated to reach $7,560 in 2022, but the lead will narrow. Estimates stand at $5,660 for Indonesia, $4,630 for the Philippines, and $3,330 for Vietnam.

Thailand has failed to develop new pillar industries after the auto sector, with investment hampered in no small part by the political situation.

"The Thais do not seem that ambitious," commented a Japanese government official who had assisted auto companies investing in Thailand in the early 2000s, "They appear happy enough with growth in the auto industry, and disinterested in luring other sectors, say, electronics."

Vietnam, in contrast, brought in names like Samsung Electronics, now serves as a global smartphone production base and is developing into the largest electronics hub in the region.

The Philippines, leveraging its population's widespread English proficiency, set itself up as the world's business outsourcing center.

According to United Nations figures, Thailand's population is estimated to have reached roughly 69 million in 2017, up just 3 million over the past 10 years, and the figure is expected to remain largely unchanged for the foreseeable future.

The limited labor pool has already made its presence felt. Foreign businesses are starting to have trouble hiring skilled employees, many of whom are now sourced from neighboring Myanmar, Cambodia and Laos. But the combined population of all four countries is only around 140 million. In contrast, Indonesia alone is set to become home to 300 million during the 2030s, up from the current 264 million. The other two most populous countries in the region, the Philippines and Vietnam, are also expected to grow further.

In terms of both production and consumption, Thailand's potential looks limited.

The situation is reflected in each member's contribution to the total GDP of the Association of Southeast Asian Nations -- currently $2.5 trillion.

In 2016, Indonesia accounted for the largest share at 36.5%, followed by Thailand at 15.9%. But, according to IMF projections, the Philippines is expected to overtake Thailand as the second-largest economy in the region in 2022.

If the country cannot find some way of distinguishing itself, foreign businesses that have based themselves in Thailand may well be forced to think again.

(Hiroshi Murayama is based in Tokyo)