China as a responsible stakeholder 'an open question' 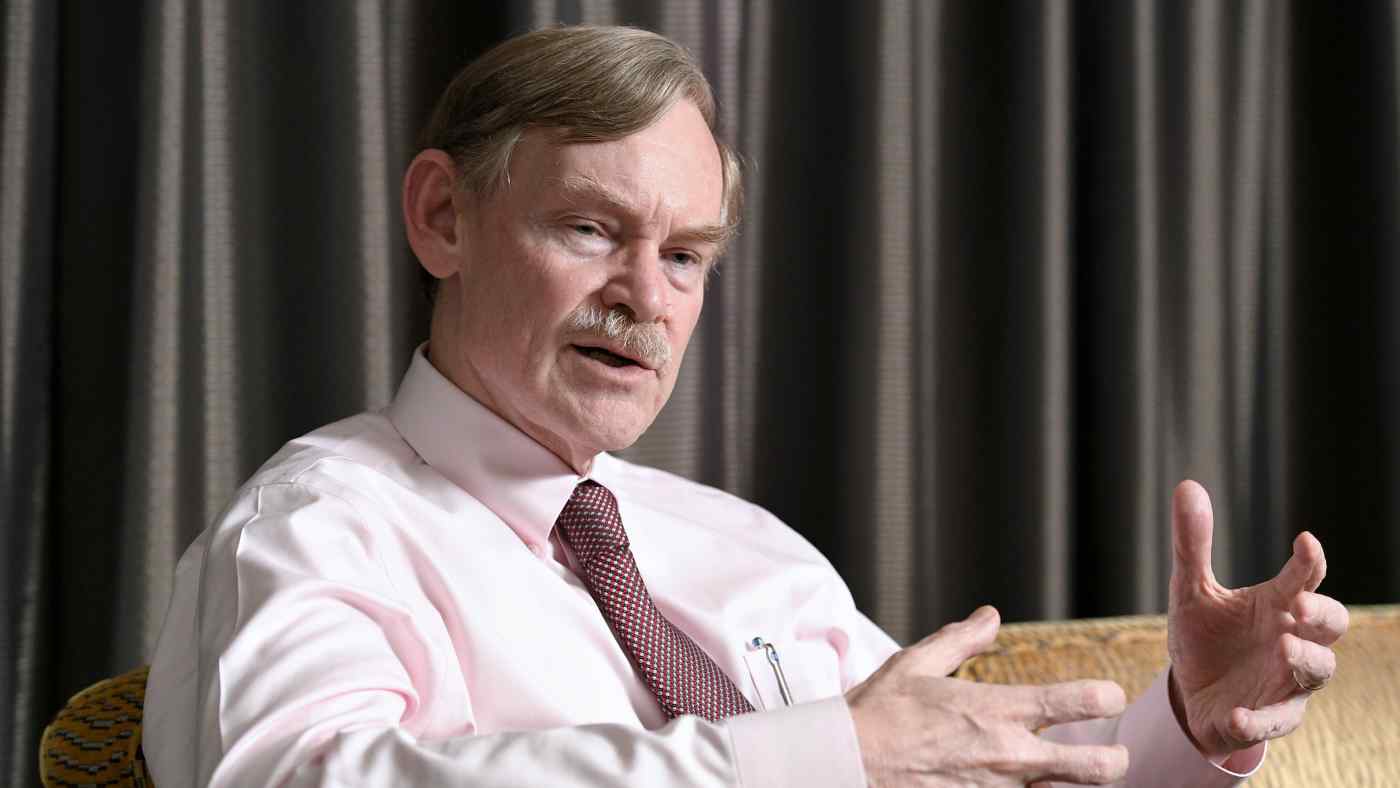 TOKYO -- When Robert Zoellick was U.S. deputy secretary of state under former President George W. Bush, he said the U.S. needed to urge China to become a "responsible stakeholder" in the international system. More than ten years after his remarks to the National Committee on U.S.-China Relations, Zoellick told the Nikkei Asian Review that whether China has indeed become a responsible stakeholder is still "an open question."

Zoellick, former governor of the World Bank, does think China has made progress, at least on the economic front.

"I have a lot of respect for what the Chinese leadership have done to their economy," Zoellick said. "I think it is also impressive that after 30 years of 10 percent-a-year growth, they know they have to change the system."

Critics have argued that China's economic reform has stagnated, and Zoellick acknowledged that 2017 would likely be a year in which the Chinese president will focus on the upcoming party congress. He said it remained to be seen whether Beijing will be able to regain momentum on reforms, such as those regarding state-owned enterprises and rising public and corporate debt.

"I think it is in the interest of Japan, the U.S. and Europe to work with China so that they move towards greater domestic demand, that they increase their service sector, and that they create opportunities for other economies to work with them," he added.

Zoellick thinks such reform will benefit other Asian countries as well.

"As China moves towards greater consumption and domestic demand, there will be less consumption of commodities that will affect Southeast Asia, he said. "There will be opportunities because as Chinese wages increase, some of the basic manufacturing may go to Vietnam or Indonesia or others."

When it came to security issues, however, Zoellick was more downbeat, remarking that whether China has truly become a member of the global community is "more open."

"In terms of [the] South China Sea or East China Sea, I think China is testing," Zoellick said. "I think it is important that the U.S., Japan, Australia and other countries make clear that there are certain principles, such as the maritime rights and freedom of sea that we will push to protect."

He noted that the risk resulting from the U.S. becoming a more inward looking nation was "not that China will become the world leader" but instead the world will "move to disorder."

"So I would prefer the U.S. play a constructive role. But it does so with its allies and also [while] creating opportunities to cooperate with China," Zoelick added.

Some have argued that U.S. President Trump's "America First" policy will play out negatively in Asia. With the U.S. pulling out of the Trans-Pacific Partnership, the remaining 11 nations are struggling to forge consensus on the next step to promote trade. Meanwhile, Trump appears adamant on cutting the country's trade deficit with some Asian nations.

"I think trade in particular is an area of some risk," said Zoellick, who was the U.S. Trade Representative between 2001 to 2005. "[U.S. Secretary of Commerce] Wilbur Ross believe that bilateral trade deficits are similar to the way a businessperson would look at negative net income -- they look at it as a loss."

Following this logic, the Trump administration was more likely to focus on "market share agreements" than on setting trade rules and frameworks, Zoellick noted.

But he also stressed that Asian countries shouldn't worry too much over unpredictable U.S. trade policy. Rather, Zoellick says, nations should be thinking about how they can reform their own economies and take advantage of new opportunities that occur with changes to trade.

"Many countries have built their growth model on export-led growth, [but] as the Chinese reform properly reflects, you have to move towards greater domestic demand," Zoellick said.

"I think the larger structural challenge for many countries in Southeast Asia will be increasing domestic demand for the basis for growth."