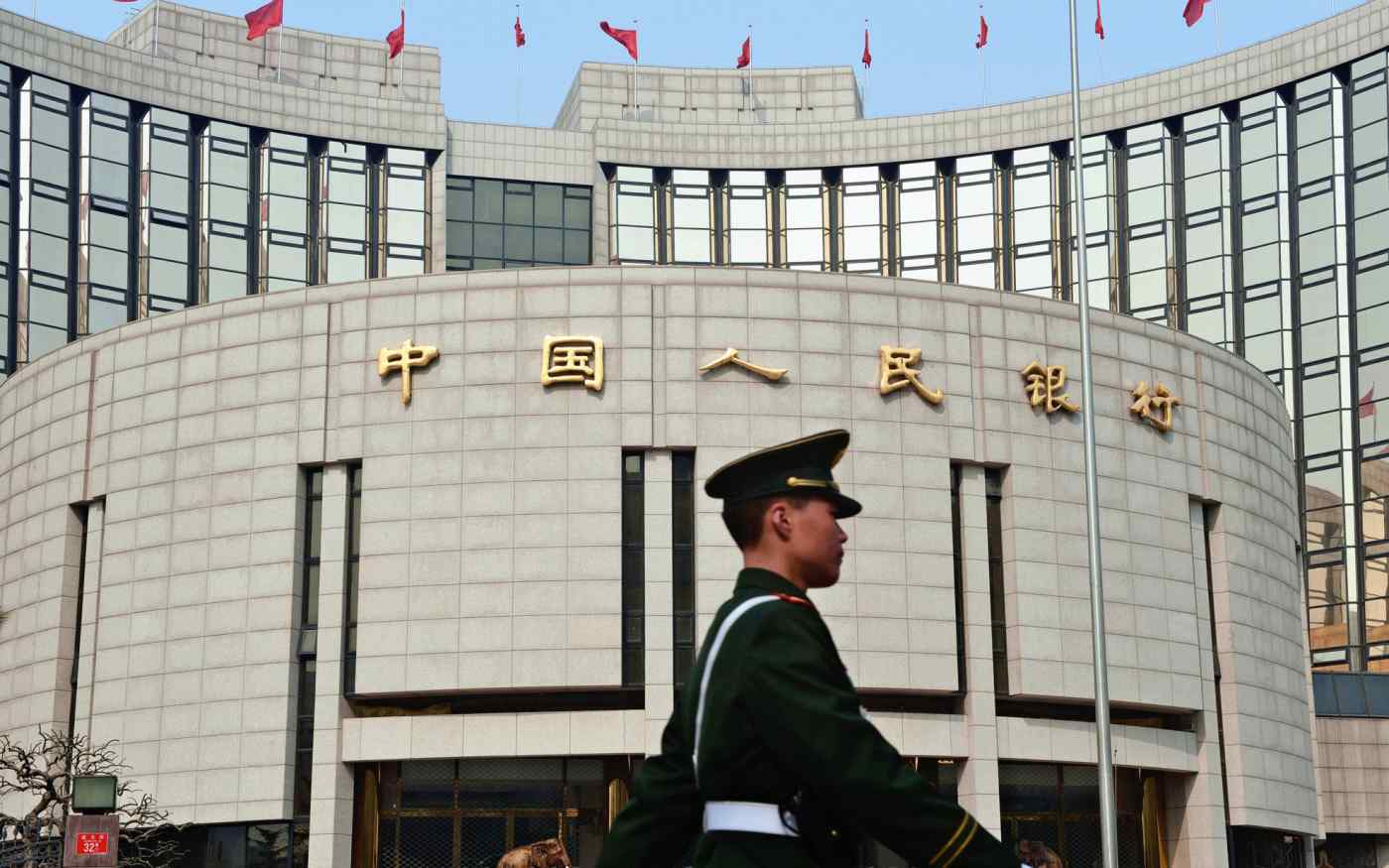 BEIJING -- China's holdings of U.S. Treasuries shrank for a sixth straight month in November, falling by $66.4 billion from the previous month as Beijing stepped up currency intervention to halt the yuan's descent.

China hit a roughly six-year low of $1,049.3 billion of the debts, ceding the title of largest foreign holder of Treasuries to Japan for the second month running. Japan has likewise been shedding the bonds since August, but not as quickly.

The People's Bank of China has been selling the U.S. government debts, then selling dollars and buying yuan to temper the currency's slide. The central bank has tried to refrain from buying the yuan in excess, in an effort not to dip too deeply into its foreign currency reserves, but has unloaded Treasuries nevertheless to finance expanded foreign exchange intervention.

Forex trading heated up after Donald Trump won the U.S. presidential election in November, stoking expectations for a strengthening dollar. The Chinese central bank's purchases shot up 45% on the month to 15.89 trillion yuan ($2.31 trillion), as it apparently required vast sums just to guard against sudden price swings.

China's intervention is seen as having peaked in December 2015 and January 2016, but its Treasury reserves did not decline as much over that period. This is thought to be because Beijing financed intervention mainly with cash dollar reserves at the time, but has turned to selling debt as cash savings dwindled, according to a financial expert.

Prompting this intervention is the country's capital outflow. China's State Administration of Foreign Exchange, or SAFE, reported Thursday that the country's outflow exceeded inflow by $305.3 billion in total overseas trade via bank accounts by businesses and individuals for 2016. That marks a second straight year of deficit, with the outflow balance up 57% on the year.

President Xi Jinping's leadership, fearful of a market panic over capital flight combined with the cheap yuan, effectively implemented in November new capital controls. These controls required that monetary authorities be consulted in advance on transactions topping $5 million -- including money exchanges and overseas remittances. Also, as of this month, individuals looking to buy foreign currency at a bank must first fill out an application form covering two sheets of size A4 paper, stating the goal of the purchase and other information.

The government strengthened capital restrictions without formally changing conventions or laws because in 2016, the yuan joined the basket of currencies used to determine the value of the International Monetary Fund's Special Drawing Right, or SDR, reserve asset. SDR currencies are required to be open to free trading, and China could have faced criticism if it had placed restrictions on the yuan.