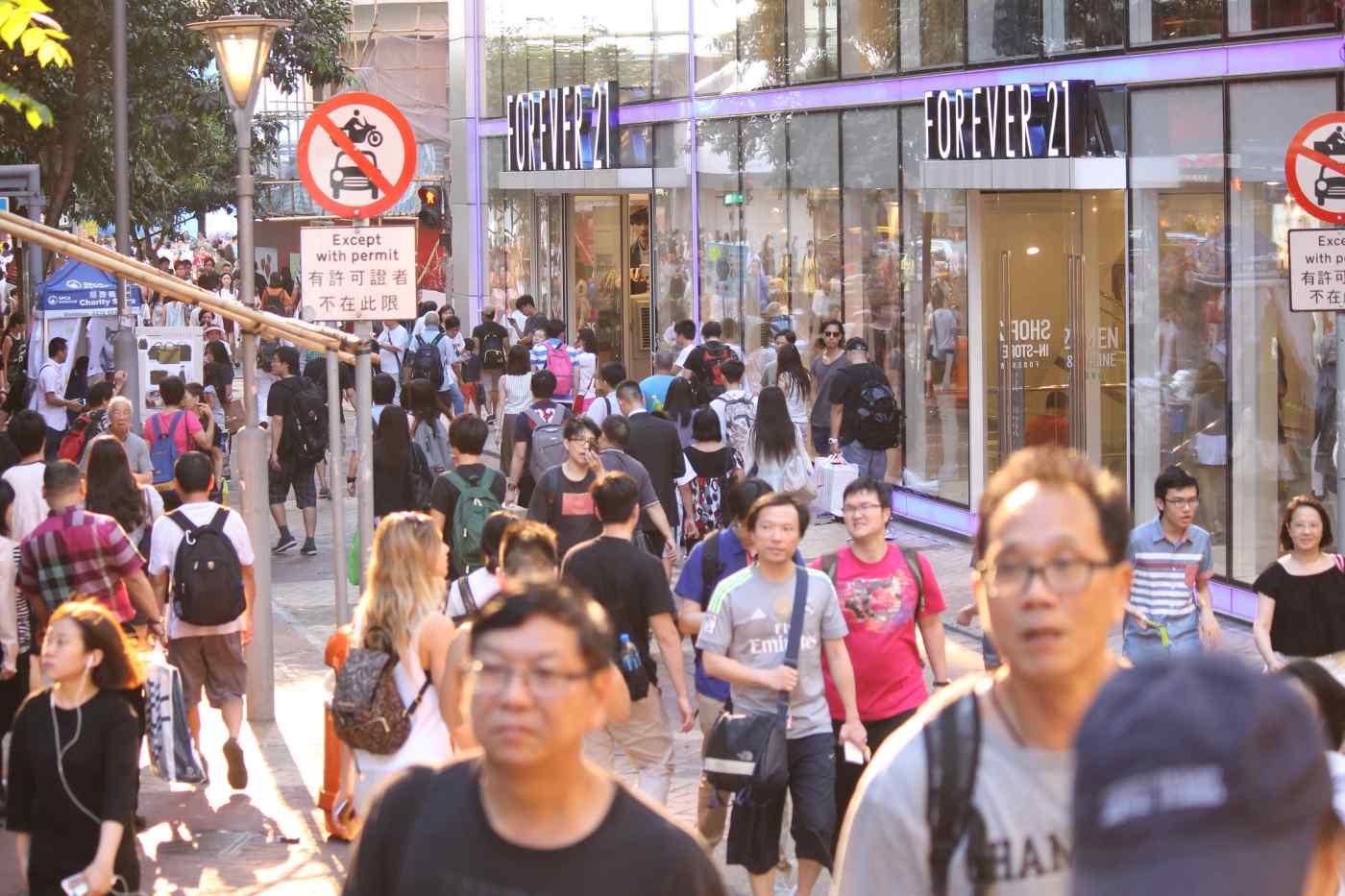 HONG KONG -- Hong Kong's retail slump might be close to ending as mainland Chinese arrivals began to stabilize after months of hefty decline.

September retail sales slid 4.1% from a year ago to reach $33.8 billion Hong Kong dollars ($4.36 billion), marking a decline for the 19th consecutive month since February 2015. But the contraction was less severe than the 10.5% sales decline in August -- the steepest fall since February this year.

The September decline was led by the sales of electrical goods and photographic equipment, which fell 12.8% on the year. Sales of watches and jewelry fell 12.3%, less than half the drop posted a month ago.

More resilient categories include cosmetics and medicines, which saw sales growth of 1.2% on the year. Clothing sales swung back into positive territory at 1.8%. The launch of new iPhones in the same month helped to narrow the sales decline of consumer durables such as handsets to 6.1%, against a 37.8% dive in August.

A government spokesman said on Thursday that the improvement in retail sales was "due partly to a reduced drag from the smaller decline in visitor arrivals" and stronger consumer sentiment amid "a somewhat more stable external environment."

In September, the rate of decline in the number of mainland visitors to Hong Kong nearly halved to 5% on the year, resulting in an overall drop of 3% in tourist arrivals, official statistics showed. Tourist spending currently contributes about a third of the territory's retail sales while local consumption accounts for the rest.

Calling the September figures "less worrying," Retail Management Association Chairman Thomson Cheng said he expected retail sales to reach bottom as early as 2017, given the lower base for comparison. "There is finally some light at the end of the tunnel," he said, adding that it was too early to talk about a turnaround.

Cheng noted that cost control would be essential for companies to survive the retail chill before spring arrived. "It's not surprising to see more closures and layoffs in the next four to five months as retailers become realistic that their top lines won't be as high as before," he said.

U.S. fast fashion retailer Forever 21 is expected to shut its flagship store in the heart of prime shopping hub Causeway Bay after its leases end in August.

The six-floor, 50,000 square foot retail space, costing HK$13.8 million a month, was reportedly taken over by U.S. lingerie seller Victoria's Secret at half the amount currently paid -- $7 million per month on a 10-year lease. In September, Forever 21 moved across the harbor to Mongkok, opening its second outlet, which is about one-third the size of the Causeway Bay store.

Industry observers attribute the closure to a drop in tourist traffic and sales that no longer justify the hefty rental cost. It was a "golden period" of Chinese tourism when Forever 21 opened its first Hong Kong store in 2011, said Jack Chuang, a partner at consultancy OC&C. But today "the space for the current location of Forever 21 seems much bigger than needed."

Chuang said that while size was an attraction for new entrants seeking to build their brands, investment for established brands would shift long term from maintaining a flagship to opening smaller stores in order to lower costs.

It remains unclear whether Victoria's Secret will fare better at Causeway Bay. Local rival Embry Holdings reported a 7% sales decline in the third quarter year-on-year, citing "sluggish retail sentiment." With some 2,100 outlets in the mainland and Hong Kong as of end-September, the Hong Kong-listed lingerie retailer has reported 69 net shop closures since December last year.