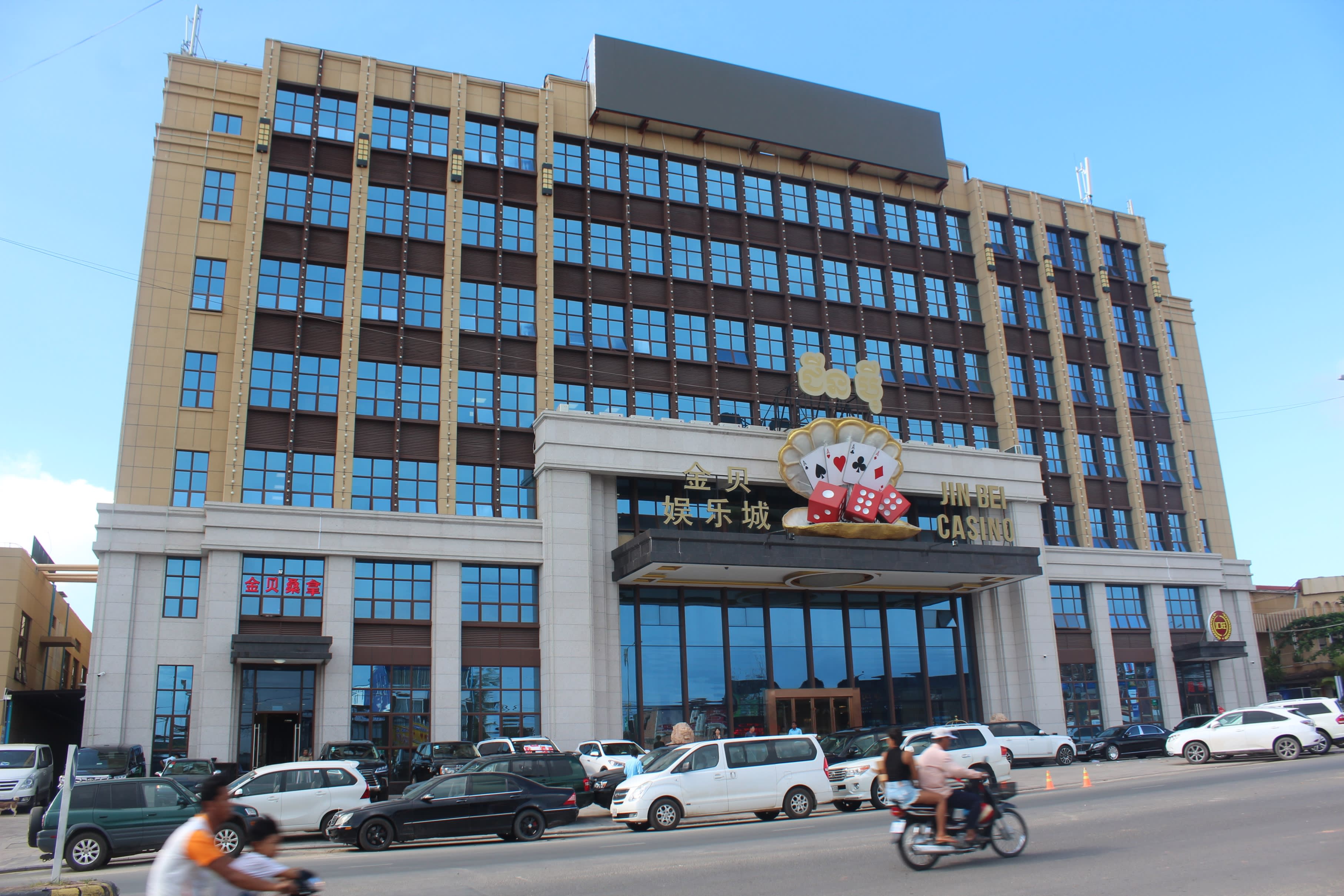 SIHANOUKVILLE, Cambodia -- This southern coastal city is ringing to the sound of construction.

Chinese characters festoon supermarkets, shopfronts and tour agencies. Casinos have multiplied over the past year, towering awkwardly behind Sihanoukville's cheap hostels and burger vans. Chinese investors are pumping money into the city's property and gaming industries, transforming it from a backpacker retreat into a bustling "Chinatown." 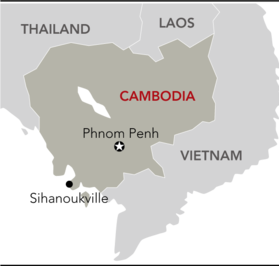 In the past year, land prices in some prime spots have doubled as Chinese investors snap up plots for hotels, casinos and residential property, while the launch of international scheduled flights and rising visitor numbers fuel excitement about Sihanoukville's tourism industry.

"The place is in chaos," said Brad King, managing director of Cambodia Real Estate, a local company. King said Chinese investors are buying entire residential blocks to house staff from 100-odd Chinese-owned apparel and textile factories outside the city, and other businesses.

But the frenzied pace of development and the presence of rogue Chinese gambling operators have led to worries that the city may struggle to build a positive identity as a tourist destination, and fail to fulfill its potential.

Since 2015, when Cambodia's Golden Sands Hotel Group launched Sihanoukville's first condominium tower, the 275-unit Sunshine Bay, developers have been scrambling to redraw the skyline. Six residential-led projects comprising 5,700 units have been announced or are already under construction, according to CBRE, a real estate services provider.

Demand for condominiums is being driven by investors from China, Singapore and Taiwan, CBRE said in a mid-year report. Integrated casino resorts and standalone casinos are also taking off as Chinese expatriate numbers grow and the global online gaming market swells. Workers erect scaffolding at a casino hotel under construction in central Sihanoukville. (Photo by George Styllis)

Ros Phirun, a Ministry of Finance spokesperson, said there are 16 casinos currently in operation in Sihanoukville, and that nine under construction will open early in 2018.

"They all come to do online gambling," said Phirun, referring to mainland Chinese. In Cambodia, only licensed land-based casinos are allowed to offer online play, which typically consists of a dealer or croupier playing live on the casino floor, with remote customers participating via webcams. Cambodians are banned from gambling, though the law is loosely enforced in many of the country's casinos.

Analysts say the rush is being fueled by a new high-speed internet submarine cable installed in March, and the ease with which land-based and online casino licenses can be obtained compared with other countries in the region. Macau and most other established Asian casino markets do not permit remote play.

"Cambodia has had stability and has issued licenses, which are hard to come by in Asia," said Lorien Pilling, director of U.K.-based Global Betting and Gaming Consultants.

Two high-rise condominium towers that will launch in the next couple of years, Blue Bay and Royal Bay View, both developed by Chinese companies, will feature casinos. Golden Silver Gulf, a megaresort under construction by a group of 14 Chinese companies, will also feature a casino. The project will span 28km of coastline in the Ream National Park, outside the city.

Sihanoukville does not have as many casinos as towns at Cambodia's Thai and Vietnamese borders, nor gaming palaces to rival Phnom Penh's only casino, NagaWorld. But it is quickly catching up, said Aaron Ghini, general manager of Sihanoukville's Queenco Hotel and Casino. "In three years, Sihanoukville is going to be bigger -- much bigger" than Poipet city near Thailand and Bavet city near Vietnam, he said.

Queenco Hotel, which suffered a loss of 1.5 million euros ($1.8 million) in 2013, a year after its launch, "is very profitable today," said Ghini, and will double its room capacity to 400 in the coming years. Cambodian tycoon Sok Kong's Sokha Beach Resort, with 490 rooms, is currently the city's biggest casino complex.

Sihanoukville's real estate spurt comes as China maintains its position as Cambodia's single largest foreign investor, having injected $11.8 billion in 2016, or 34% of the total, according to a Chinese official quoted by Xinhua. Much of the casino hotel development in Sihanoukville is led by Chinese investors and targeted at Chinese gamblers. (Photo by George Styllis)

Jayant Menon, Asian Development Bank lead economist for trade and regional cooperation, said Sihanoukville has also benefited from a spillover in investment as Chinese investors look beyond Phnom Penh, where living and rental costs are almost double those of Sihanoukville.

China continues to be the country's fastest-growing tourist market, with arrivals reaching 841,000 in the first nine months of this year, and the biggest market after the Vietnamese, who tend to travel overland. The government aims to attract 2 million Chinese visitors a year by 2020.

Since Cambodia's tourism industry gained traction some years ago amid a surge in numbers of Chinese visitors, the government has been trying to rebrand Sihanoukville as a luxury retreat.

With most of the passenger traffic going to Phnom Penh and Siem Reap, home to the Angkor Wat temple complex, Cambodia's airport operator has been offering airlines incentives to energize Sihanoukville's airport. These include free ground-handling services for a year and a discount on the passenger service charge, said Khek Norinda, spokesperson for Cambodia Airports.

Chinese visitors made up nearly a quarter of the 400,000 international tourists to Sihanoukville in the first nine months of the year, while total domestic and international arrivals rose by 22.4% to 1.5 million. There are eight scheduled airlines servicing 11 regular destinations, three of which are in China -- Wuxi, Kunming and Macau.

"Sihanoukville has gone through a steady changeover from backpacker-ville to an amazing destination," said Carrol Sahaidak-Beaver, director of the Cambodia Hotel Association.

But for all the city's potential, many analysts say it is not ready to receive top-class international hotels. A drive through the urban area reveals piles of trash, muddy pits, pot-holed roads, tawdry hostess bars and little entertainment. Local media reports say that hundreds of Chinese citizens have been arrested for running online swindles and illegal gambling rings from guesthouses and casinos.

Until then, Sihanoukville will continue to draw speculators, and for many industry participants, the only thing to do is ride the boom until the local economy "implodes or explodes," Ferrari said.