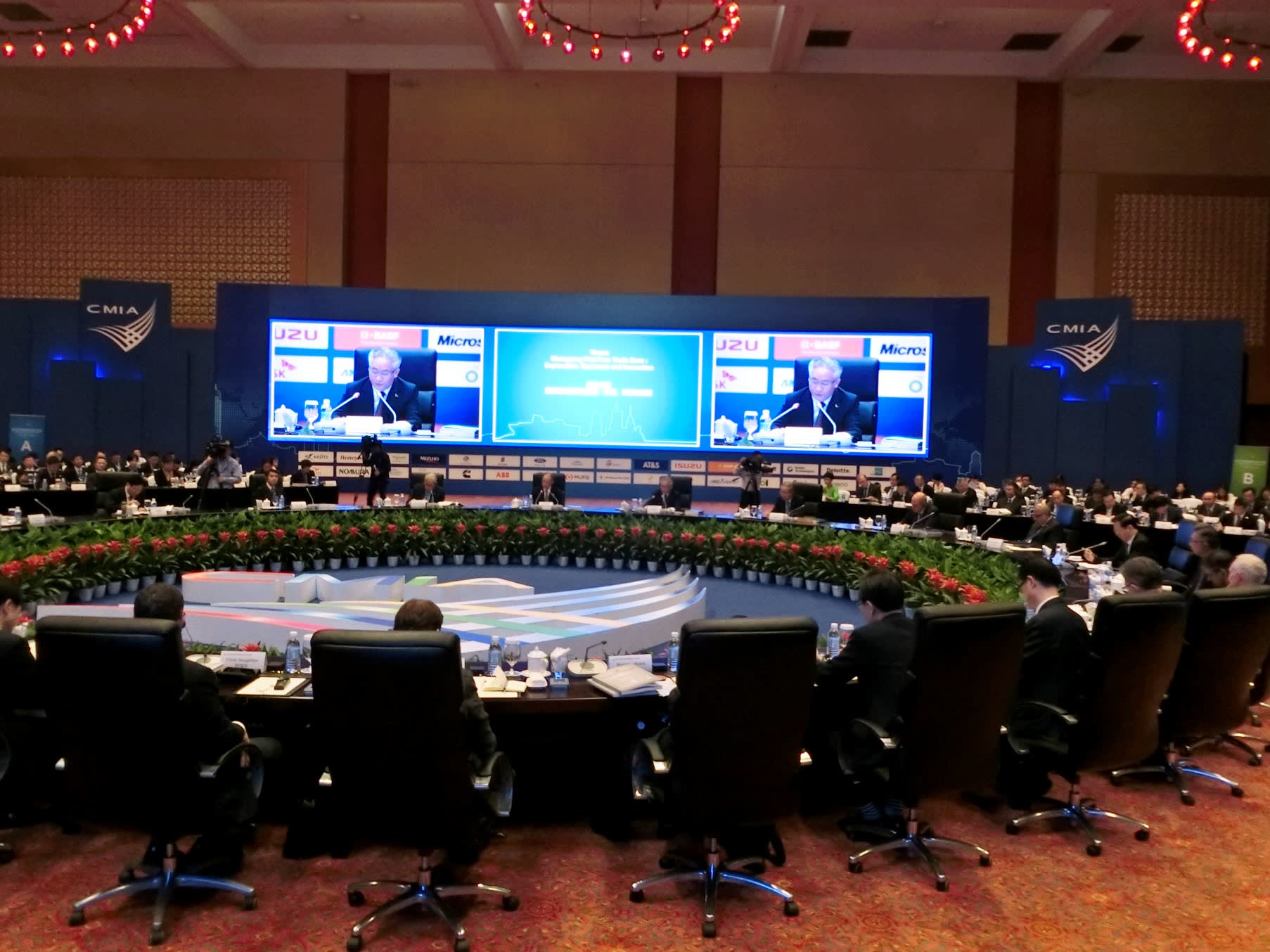 As a close confidant of Xi, Chen is as eager to stand out with decisive action as his predecessor was to dodge the spotlight. Businesses from around the world seem eager to help.

On Sunday, Mayor Zhang Guoqing, under Chen's guidance, launched the main event: a meeting of the mayor's International Economic Advisory Council. The council, made up of 31 corporate leaders from around the world, focused on international trade liberalization, innovation, and research on China's free trade zones. The discussions centered on how Chongqing can become a link between Europe and Asia by forging a distribution network centered on the city that would ease the transport of goods between Japan and the West.

Chen Min'er, the top-ranking party in Chongqing, sought advice from corporate officials Saturday evening on how Chongqing could best leverage its status as a link between China's pan-Asian Belt and Road Initiative and the Yangtze River Delta economic area to promote growth. Xi spoke of that advantage, and the growth strategies it could create, during a recent visit, Chen noted. 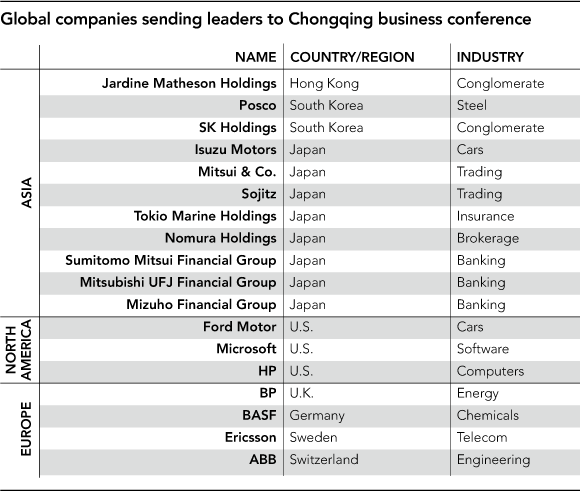 The casual, friendly tone seems to have won corporate officials' trust. "I got the impression [Chen] was really listening to us," said Koichi Miyata, chairman of Sumitomo Mitsui Financial Group.

More concrete results also emerged: Over 20 companies pledged to invest more than $10 billion in the city. Ford Motor of the U.S. is poised to spend 10.5 billion yuan ($1.58 billion) in Chongqing, while South Korean chipmaker SK Hynix has said it will expand production facilities here. German chemical maker BASF announced that work had begun on a new plant, while Swiss conglomerate ABB has struck a multifaceted strategic partnership with Chongqing's government.

Chongqing holds enormous potential for global businesses in its own right. The city's economy has grown more than 10% annually in recent years, and leaders are aiming for double-digit growth again in 2017. The city's appeal has only grown since July, when Chen replaced Sun Zhengcai, now under investigation for disciplinary violations, as Chongqing's party boss and made clear that foreign investment is more than welcome. Chen has ample experience attracting overseas business, having secured an Apple data center for Guizhou Province during his tenure as party boss there.

Since taking the top post here, Chen has met with leaders from a host of companies, including South Korea's Hyundai Motor and Taiwanese retailer Shin Kong Mitsukoshi.