GLENO, East Timor -- As we drive along a potholed road leading out of this little town into the cool highlands of East Timor, Peter Dougan stops to look at coffee berries laid out to dry on tarpaulins by local growers.

Dougan, an Australian agriculturalist, points to the variety of colors, from green to reddish, among the berries -- a sign of unselective picking that includes fruit not yet ripe enough to give the best coffee from the bean inside. The colors also indicate poor soil nutrition around bushes that have been allowed to grow untrimmed and unfertilized.

Dougan points out that in 1974, the last full year that Portugal ruled this country as the furthest flung point of its empire, East Timor produced 40,000 tons of fine Arabica coffee. Now, after 24 years of Indonesian rule, a three-year United Nations interregnum, and 14 years of independence, it produces just 10,000 tons.

"The quality is the worst in the world," he adds, although Timorese coffee has acquired a certain cachet because of its freedom from artificial fertilizers and its sale through "fair trade" networks. "You can sell a lot of bad coffee if it is certified organic and fair trade," he said.

Having moved to Gleno in 2013 to set up a business called FarmPro, Dougan is working with small farmers around this highland region to improve the yield and quality of their coffee outputs, as well as their fruit and vegetables, which he sells for them to supermarkets, restaurants and hotels down in Dili. A typical coffee grower has a half-hectare of bushes, from which he gets about 100kg of berries and earns about $150. "The potential is for yields of 1,000kg a hectare," Dougan said, implying that these farmers could be earning five times what they are getting.

This is an example of what many analysts see as an alarming trend in this fledgling nation's economic development: While the government in relatively affluent Dili is obsessed with large-scale projects, it is neglecting the patient micro-work that could uplift the impoverished rural bulk of the population through programs like education for coffee growers and repairs to their roads.

East Timor got off to a good start at independence in 2002, channeling revenues from two oil and gas fields off its south coast into a Petroleum Fund invested in New York whose value has hovered around $16.5 billion in the last two years, about eight times the level of gross domestic product and 40 times non-oil GDP.

Yet in recent years, under the leadership of former anti-Indonesian guerrilla leader Jose Xanana Gusmao and then Rui Maria de Araujo, the current prime minister, the government has put substantial funds into a large-scale petroleum-based industrial project along the rugged south coast, named the Tasi Mane scheme.

The project is premised on natural gas being piped onshore from a large undersea deposit called Greater Sunrise that was discovered by a consortium led by Australia's Woodside Petroleum. Yet the consortium has baulked for years at the technical difficulties of a pipeline across a seabed that plunges to a 3,000-meter deep trench between the field and East Timor's coast. Following the collapse in oil prices since late 2014, Woodside has in any case lost interest in new gas projects.

Adding to the difficulties facing the project, Gusmao, a former president and prime minister who remains in government as minister for planning and strategic investment, has recently reignited a simmering dispute with Australia about a 50-year temporary maritime boundary agreed in 2006 that puts 80% of Greater Sunrise in Australia's resource zone.

In August East Timor triggered a conciliation hearing at the Permanent Court of Arbitration in The Hague, in an effort to reopen boundary negotiations. So far, however, Canberra's conservative government is continuing to insist that the 2006 treaty is a good deal for Dili, since it concedes 50% of future Greater Sunrise revenue to East Timor regardless of the boundary.

The dispute could get even more complicated: Some analysts say that a transfer of jurisdiction over Greater Sunrise would have to involve Indonesia, which occupied East Timor when Portuguese administrators departed, because Australia has already transferred fishing rights to the waters above the gas field to Jakarta.

In spite of these uncertainties, East Timor's government continues to bank on gas coming onshore. In July, Araujo added $391 million to the government's planned spending for 2016, bringing the total to $1.953 billion, including $193 million for Tasi Mane.

By contrast, spending on health, education, and agriculture totals a little over $200 million -- for an extremely poor population likely to grow from the present 1.2 million to about 2.1 million by mid-century. Many now endure three months of food shortages between crops, according to the Dili-based non-government analysis group La'o Hamutuk.

"Petroleum is the future, agriculture is the past," is how La'o Hamutuk researcher Niall Almond explains the political thinking.

The draw-down on the Petroleum Fund this year will be $1.675 billion, more than three times the "estimated sustainable income" of $545 million based on investment returns and revenue inflows from the existing oil fields, which are approaching depletion in about six years.

"It's beyond anything we've seen so far," said Almond. "It has so blatantly ignored the guideline on sustainable income." 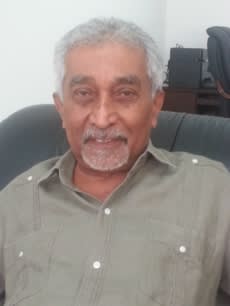 La'o Hamutuk thinks the fund could be exhausted in less than the 10 year period it forecast only last year. Mari Alkatiri, who set up the Petroleum Fund as East Timor's first prime minister, gave the Nikkei Asian Review an even starker warning.

"With the high level of spending, we do believe that without a clear policy to govern the country, seven years from now we will have nothing in the oil fund," he said.

Work has already started on a $1.5 billion motorway and an $860 million marine supply base at Suai to support the liquefied natural gas plant, oil refinery and petrochemical works that are envisaged along the south coast as part of the Tasi Mane dream.

Two other big projects are also contentious. One is a new container port at Tibar, currently an inlet with a tiny jetty 15km west of Dili, where Bollore Africa Logistics, a French company, is to spend $378 million in return for 30 years of operating rights with state-guaranteed returns. The government is contributing $129 million, plus roads and other services.

Alkatiri, though out of government and critical of high public spending, is nevertheless directing another ambitious scheme to develop Timor-Leste's Oecusse enclave, on the northern coast of Indonesia's western half of the island, as a regional hub. This project includes an airport, resorts, medical center and enhanced hinterland agriculture, with government funding of $280 million over five years. These big projects are increasingly contentious. President Taur Matan Ruak, a revered former guerrilla leader, tried to veto this year's budget but was overruled by parliament, where Gusmao's CNRT party now rules in coalition with its former rival Alkatiri's Fretilin. In February he accused the parties of uniting to divide up the spoils of government.

"They do not use unanimity to solve issues; they use it for power and privilege," Taur said. "Brother Xanana takes care of Timor while Brother [Alkatiri] takes care of Oecusse."

The Nobel peace laureate and former president Jose Ramos Horta also doubts merits of the Tasi Mane project. "I would agree, support and applaud such projects if we knew beyond any doubt that we had 10, 20 oil and gas fields in the Timor Sea, that the Timor Sea was teeming with rigs," he said in an interview.

Ramos Horta thinks his country would be better off with an alternative development strategy. "I would have favored faster development of our tourism sector -- not with major five-star hotels, but more tapping into eco-tourism, to bring young tourists," he said.

"Many people have misgivings about backpackers. But they are the ones who really spend money in the poor communities because they stay in basic guesthouses, they eat whatever is there in the small restaurants, and they eat things that are produced locally, while [at] the high-end, five-star level, almost everything is imported."

Araujo, who responded to questions by email, says the high capital spending this year is "front-loading" for strategic investment in human capital and basic infrastructure. Withdrawals from the Petroleum Fund would fall to the level of estimated sustainable income by around 2020. "If no public investment is done now to leverage private investment, there will be no economic transformation and diversification," he said.

The thinking puzzles international aid donors. The World Bank and the Asian Development Bank are understood to oppose Tasi Mane. La'o Hamutuk and other critics say the Tibar container port is unnecessary, since the existing port in Dili operates only a few hours a day, far below capacity.

Alkatiri seems to be still looking for investors in Oecusse, though he says he has rejected an offer from China to take over the whole project, as well as a casino proposed by a European group.

The arguments will surface in parliamentary elections due around May next year. Taur, who frequently tours the country's 13 districts and is officially non-partisan, looks to be preparing to enter electoral politics when his presidential term ends in February, under the flag of the People's Liberation Party, started by Aderito Soares, a former anti-corruption commissioner.

That would create a three-way contest with Gusmao's CNRT and Fretilin. Alkatiri, who is Fretilin's secretary-general, says the party will go all out to win an absolute majority "to protect the oil fund." Any coalition talk would happen after the election.

Alkatiri thinks that Gusmao will use the theme of Australia's alleged robbery of East Timorese maritime resources strongly in his campaign. "Xanana has been telling this: 'If you trusted me before, trust me now because I will bring the median line for you.'"

This would be politics presented as a continuation of the liberation struggle, as if no country was complete without permanent maritime boundaries, Alkatiri said. "This is the kind of politician that we have here," he said. "They know what the people like to hear, and if you go publicly against this you will be finished... ."

La'o Hamutuk fears that time is running out for a debate. Unless public spending is scaled back to sustainable levels, the country faces an economic crisis in less than 10 years if, as seems likely, Greater Sunrise gas is not flowing before the existing oil fields are depleted and the Petroleum Fund is run down for stranded projects that will be expensive to maintain. Non-oil GDP is largely derived from public spending, which comes from oil.

Almond, the La'o Hamutuk analyst, says there is a feeling of "stability" and "progress" in Dili, where well-dressed workers crowd the Timor Plaza mall, hotel and office complex built by Darwin-based property entrepreneur Jape Kong Su, an ethnic Chinese trader who was among the refugees from civil strife as Portuguese rule ended in 1975.

"But that will crumble pretty soon after the oil is gone, unless other employment is there," Almond said. "I try to tell my young Timorese friends about it, but they don't grasp the urgency of the situation at all."

In the hills at Gleno, Dougan also frets that a crunch is coming in a few years for the government spending in Dili that indirectly feeds demand for his farmers' produce, while investment in skills, farm support, roads and shipping services to markets like Singapore is lagging. "We are running out of time," he said. "The window is closing."