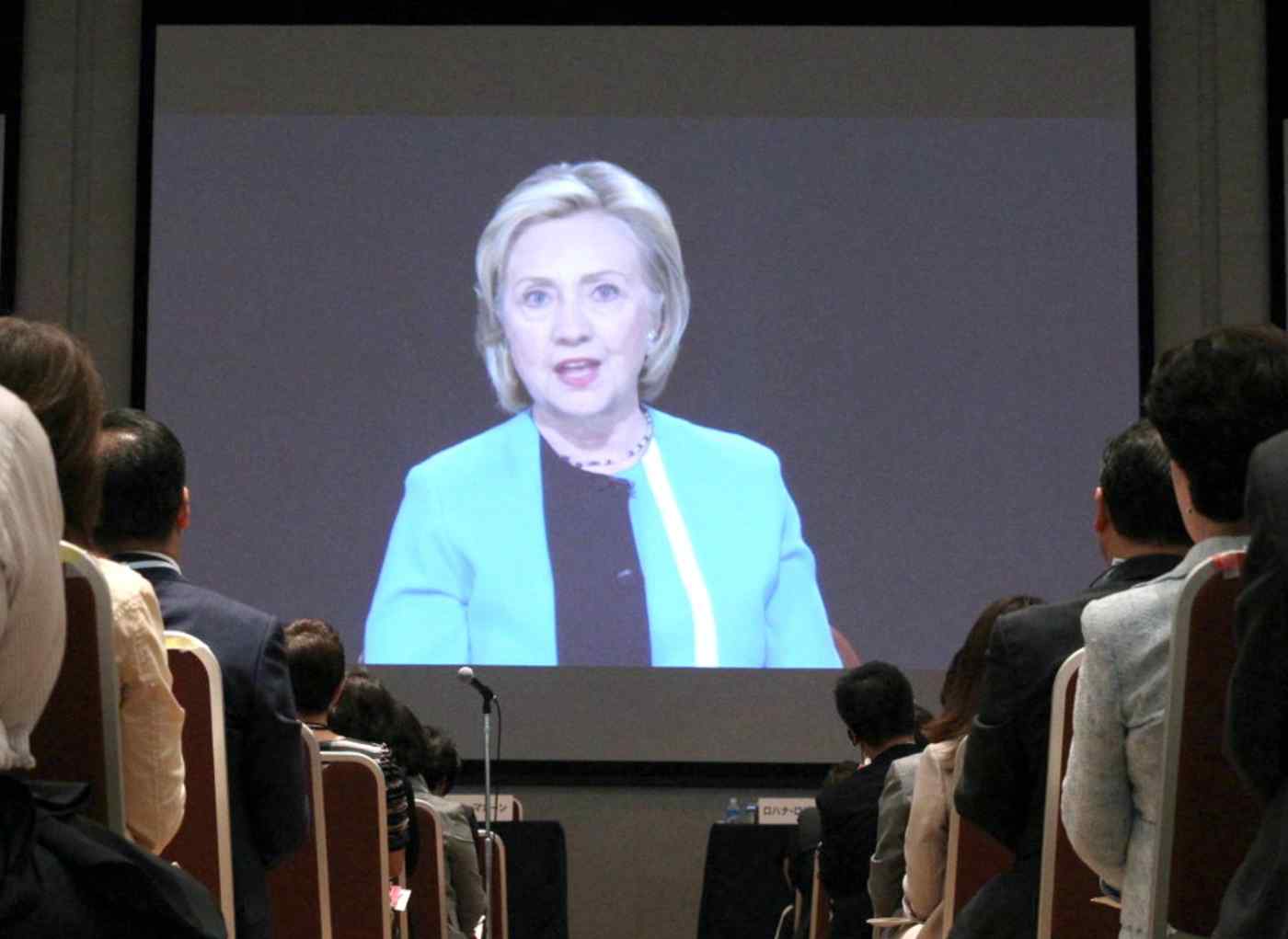 A video message from former U.S. Secretary of State Hillary Clinton is shown at a Tokyo forum on Friday.
September 12, 2014 17:50 JST | Japan
CopyCopied

TOKYO -- Hillary Clinton, the former U.S. secretary of state, emphasized the importance of women's participation in economic activities in a video message at a forum titled, "Women's Power as the Source of Growth" here on Friday.

"Increasing women's participation in the economy and enhancing their efficiency and productivity can bring about a dramatic impact on the competitiveness and growth of our economies," Clinton said in the message.

"If we really want to achieve parity for women in the workforce, then we must remove structural and social impediments," she added.

Before showing the video, Caroline Kennedy, U.S. ambassador to Japan, appeared on the stage and introduced Clinton as a women who has made history.

The forum is a part of the three-day World Assembly for Women in Tokyo, organized by the Japanese government, the Japan Business Federation (Keidanren), Nikkei and the Japan Institute of International Affairs.