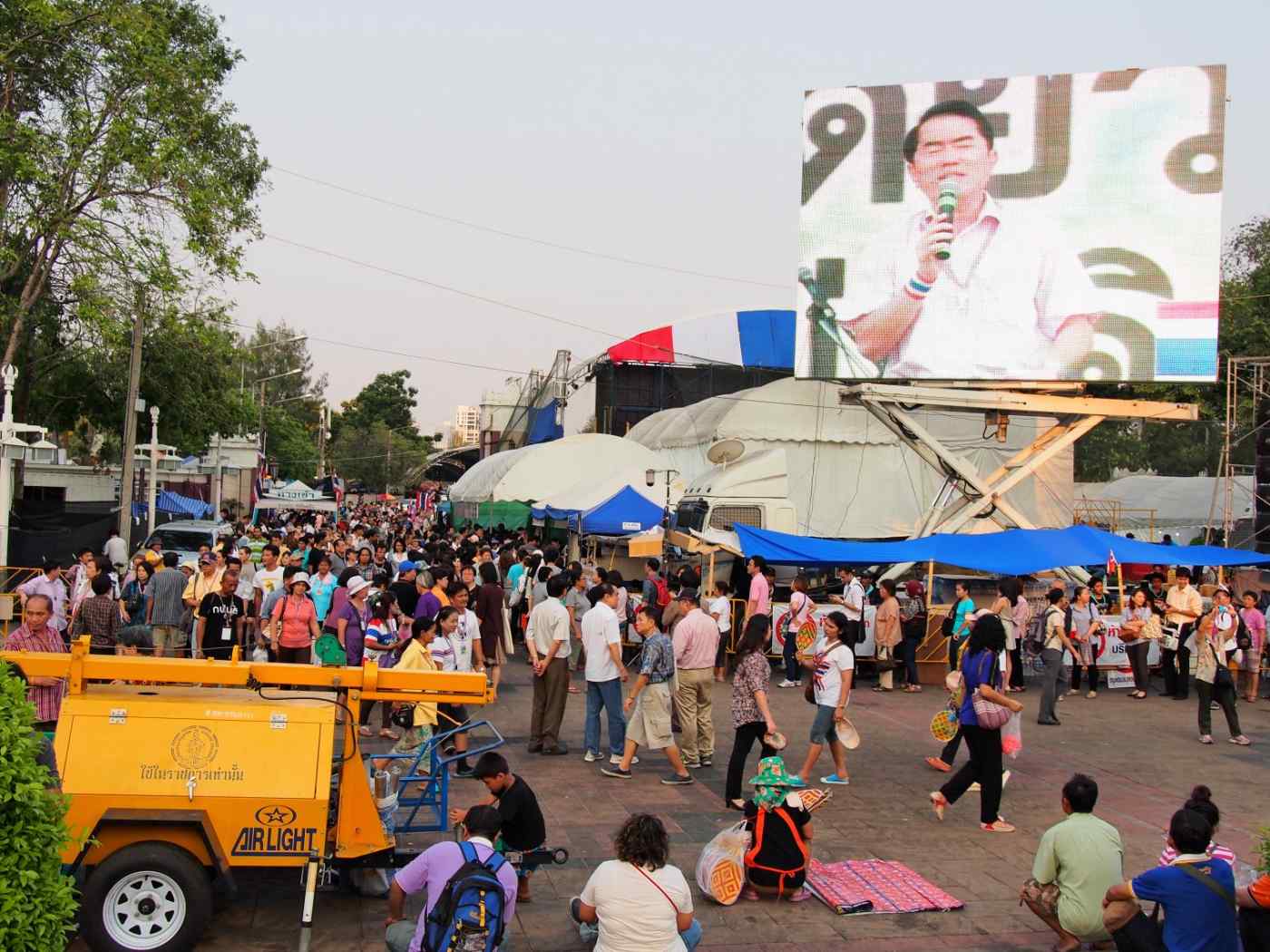 TOKYO -- The state of emergency imposed on Bangkok for the last two months was lifted on Wednesday, giving Thailand's tourism industry and retailers hope that customers will return.

The Crowne Plaza Bangkok Lumpini Park, a luxury hotel popular with Japanese travelers, sent out an email to customers to offer a 30% discount at its restaurant to commemorate the end of the state of emergency.

In mid-January, anti-government protesters moved their activities from the old city where government buildings are located to the downtown area, occupying seven key intersections. This prompted the government to declare a state of emergency in the capital, a move that severely impacted businesses.

Thailand's tourism industry, which accounts for about 10% of gross domestic product, was hit hard. The number of foreigners visiting Thailand fell 8% to 2.17 million in February, declining for the first time in 27 months. Occupancy rates for hotels in central Bangkok plunged from more than 80% to around 30% and lower.

Earlier this month, the demonstrators ended their blockade of key intersections and moved to a downtown park. Although there was still some gunfire and explosions near that area, the government lifted the state of emergency ahead of the initial end date of Saturday at the urging of the business community.

A Bangkok hotel said that the entire tourism industry will work to attract guests ahead of the Thai New Year in April. Japanese travel agency JTB may add more tour packages to Thailand.

Customer traffic at Bangkok's Central World, one of the largest commercial complexes in Southeast Asia, began to recover immediately after the state of emergency was lifted. Sales at the Isetan department store there were down about 30% on the year until mid-month, but since then sales are back up to year-earlier levels on some days.

A store that sells local-brand bags, a popular destination for tourists, is now seeing huge lines of Chinese with their arms full of products. A store manager said that sales were down by half at one point but have since recovered to about 70%.

Japanese companies with locations in Bangkok are returning their operations to normal. IHI had basically stopped sending personnel on business trips to Thailand in mid-January, but ended the ban when the demonstrators moved to the park.