From smokestack to sweet tooth 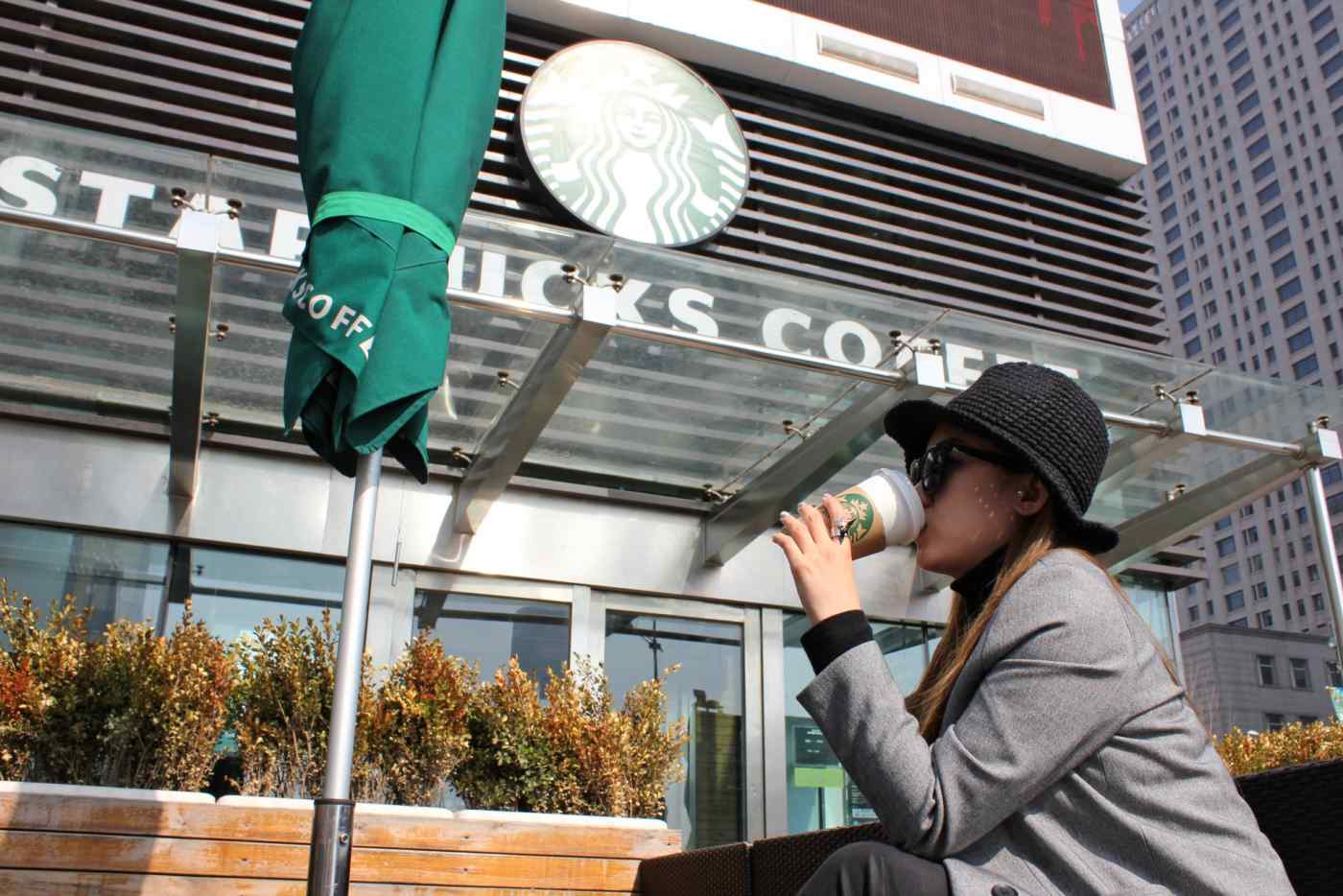 A consumer stops for a coffee at a Starbucks in Dalian. An increase in the number of Western-style cafes in China is affecting coffee bean prices.
January 7, 2016 19:00 JST | China
CopyCopied

CHENGDU, China/TOKYO -- Commodity prices continue to flag as China's explosive purchases of resources, prompted by its rapid economic growth, run out of steam.

The Chinese economy is moving away from its reliance on heavy industries, which consume massive amounts of iron ore and coal, toward consumption and services led by the growing numbers of middle-income consumers. As a result, demand for commodities is starting to show signs of change.

According to one Japanese market official, many on Wall Street are recommending short positions on crude oil and long positions on coffee beans. Investment strategies for the two commodities form a marked contrast as a result of structural changes in the Chinese economy, the official quoted a New York trader as saying. 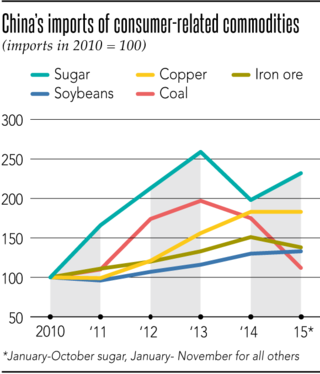 Short positions on crude oil are profitable as prices are at a seven-year low, while long positions on coffee beans have better a chance of earning profit despite weak prices.

Trading prices of commodities related to the Chinese market tend to move quickly, with coffee being a typical example.

The number of Western-style cafes on the main streets of Chengdu in central China is increasing on a seemingly daily basis, just as it is in major cities across the country, where both foreign and local coffee shops are fiercely competing in the race to open new outlets.

Changing tastes also mean that more and more Chinese consumers drink coffee at home. Japanese trading house Marubeni, which has a large coffee-bean roasting operation, expects demand for coffee in China to reach 200,000 tons in 2020, up threefold from the current level.

In autumn 2015, Chinese President Xi Jinping put forward the policy of bringing  the whole of China's 1.3 billion population into the middle class.

Xi's plan involves doubling the income of the Chinese people by 2020 in order to promote a shift to an economy driven not only by smokestack industries but also by personal consumption, said Xiao Minjie, a senior economist at SMBC Nikko Securities.

Data on China's gross domestic product are a good indicator of changes in the nation's economic structure. The service industry exceeded the manufacturing sector in terms of contribution to GDP for the first time in 2012 and accounted for 51% in value of all final goods and services produced in the country in the first nine months of 2015, up about 10 percentage points from the 2005 level.

Expansion of the middle-income bracket

Item-by-item imports are also showing changes in terms of volume. Since the summer of 2014, monthly imports of coal have often logged double-digit declines from a year earlier, and year-on-year falls in imports of iron ore and steel products have also been noticeable.

In the meantime, an increase in middle-income consumers is brining changes to demand in China, Izuru Kato of Totan Research said, noting that nominal wages in the country increased 3.5 times in 2014 from 10 years earlier.

The Chinese diet, which traditionally uses little sugar, also appears to be changing due to a trend among the country's emerging middle class opting to end their meals with dessert, said Ruan Wei of Norinchukin Research Institute. In 2012, China imported 4.5 million tons of sugar and became the biggest importer in the world.

Consumer-related products are benefiting from changes in China's economic structure, according to Goldman Sachs. Prices in commodity markets driven by consumers, such as those for coffee, grain, gasoline and aluminum used in home appliances and automobiles, are drawing stronger attention from investors.