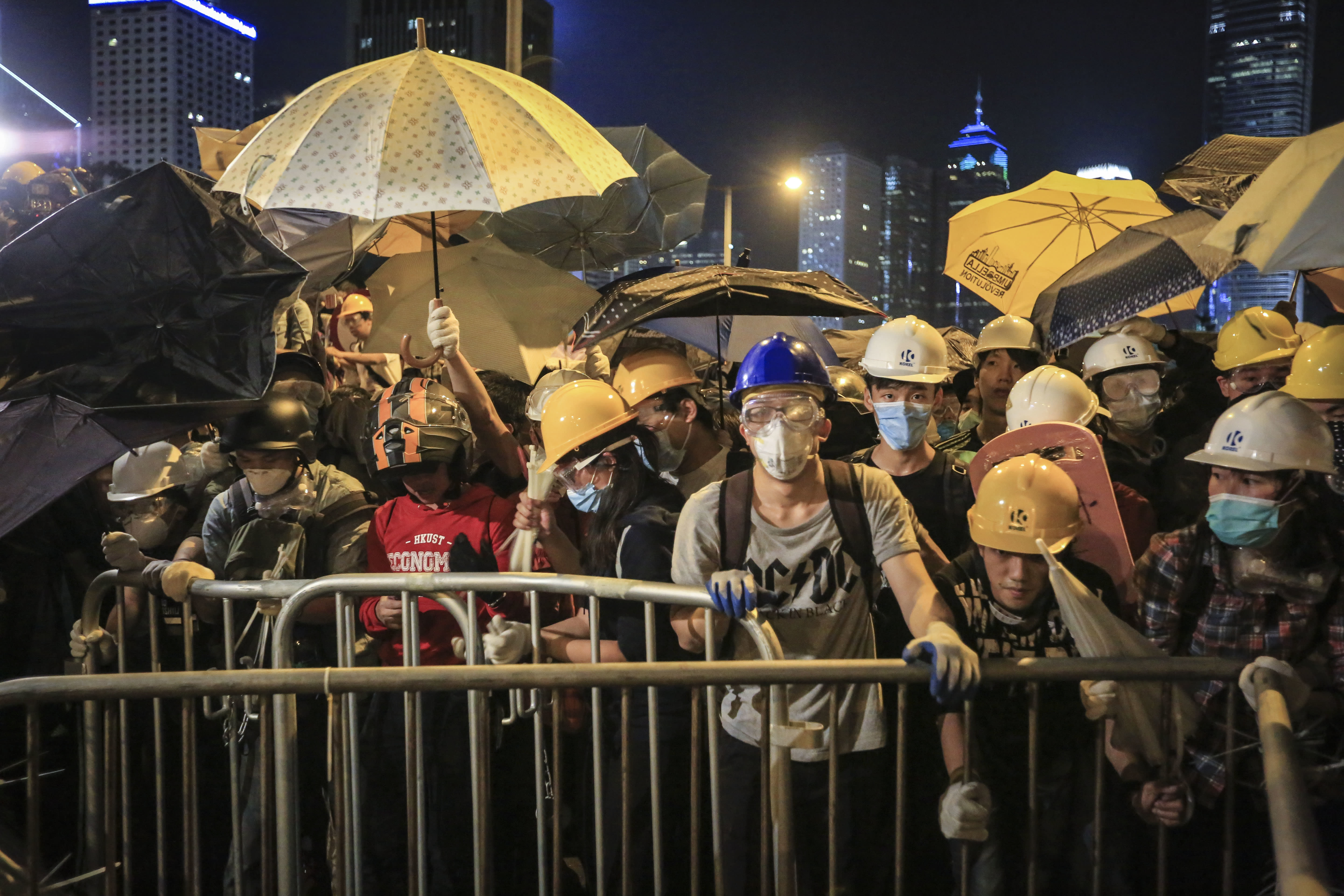 HONG KONG -- Ellen and her husband will mark their third wedding anniversary in July, but she is finding it difficult to muster much enthusiasm. As far as she is concerned, the day will be just another reminder that for three years, she has been stuck in a cramped, one-bedroom Hong Kong apartment with her husband's parents and her brother-in-law.

"Hong Kong has no future," said the 29-year-old researcher, speaking on the condition that her surname would not be revealed. She holds a doctorate from a top university in the territory and studies public policy, in the hope of making a difference for future generations. But she cannot imagine raising children of her own at this point -- not in that 41.8-sq.-meter cubbyhole of an apartment.

"It's not only our political rights that are being eroded, but also our basic human right to give birth," she said. "We are the betrayed generation, abandoned by the U.K. and bullied by China." 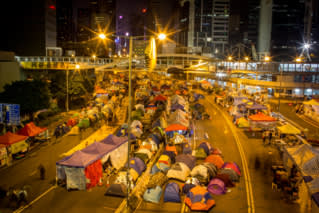 Ellen is one of many educated but disgruntled young Hong Kongers who feel little allegiance to China. They grew up around the time of the 1997 handover from the U.K. to China, which came with a 50-year agreement promising "a high degree of autonomy" for the former colony. Twenty years on, the dissatisfaction runs deep.

They see Beijing steadily chipping away at their freedoms -- from the crackdown on pro-democracy protesters to the alleged abductions of booksellers critical of Chinese leaders. Meanwhile, their salaries have been outstripped by skyrocketing home prices, partly driven by mainland developers competing for the territory's limited land.

Sharing the frustration is 26-year-old Yau Wai-ching of activist group Youngspiration, who struck a chord by saying the shortage of affordable housing deprives young people of private space for sex. As part of an unprecedented separatist movement, Yau and a Youngspiration ally were elected to the legislature -- only to be barred from taking office by a Hong Kong court, following an intervention by China's top legislative body.

The separatists' defeat was far from a full victory for Beijing. China's hard-line approach against the so-called "localists" -- advocates of self-determination in Hong Kong, and varying degrees of separation from the mainland -- is hardly bridging the cultural gulf.

When the University of Hong Kong surveyed local residents in June, some 63% said they identify as "Hong Kongers," nearly double the proportion of those who see themselves as "Chinese."

On the very day the survey was released, Carrie Lam Cheng Yuet-ngor, Hong Kong's chief executive-elect, told an interviewer that even kindergartners should be encouraged to embrace an "I am Chinese" identity.

Andy Chan Ho-tin, 26, of the pro-independence Hong Kong National Party, believes the "Hong Kong identity will only grow stronger in the face of invasion."

Chan is trying to organize a "nonviolent rally" for the eve of the July 1 handover anniversary, to remember the city's "fall" into China's hands. The event, which is expected to attract 300 people, has failed to gain police approval, amid Chinese President Xi Jinping's scheduled visit to Hong Kong during the period.

Radical groups like Chan's sprouted after the peaceful Umbrella Movement of 2014 failed to produce political reform. But critics say democracy advocates of all stripes have come to a crossroads. Fatigued by setbacks, moderate voices from the traditional pro-democracy camp are losing steam. At the same time, groups that go so far as to call for independence are losing momentum as authorities clamp down on their leaders. A Chinese University of Hong Kong survey in late May found that only 11% of Hong Kong residents favor going it alone after 2047, down from 17% a year earlier.

Meanwhile, many young people are packing up and moving out. Jonathan Yip, a 28-year-old lawyer, and his fiancee plan to emigrate to Canada in two years. "The political atmosphere in Hong Kong is suffocating," said Yip, who is setting aside 70% of his income for the relocation. "I don't want my next generation to be raised here."

In a separate Chinese University survey last year, nearly 60% of residents between the ages of 18 and 30 said they wanted to leave, citing factors like "dissatisfaction with the government" and "overcrowded living conditions." Taiwan, Australia and Canada were their preferred destinations.

A closer look at housing prices and wage trends makes it easy to see why educated young people are eyeing the exits. Hong Kong home prices are 76% above the highest point in 1997, according to property consultancy JLL, yet the average monthly income of college degree holders has increased only 8% in the past five years, to 27,000 Hong Kong dollars ($3,462). Less-educated workers have seen a 40% pay increase, thanks to minimum wage legislation.

Some business leaders shrug off the concerns of the young generation. "You can sit in Hong Kong and complain all day the rents are too high ... but you're not going to do much right," said Victor Fung Kwok-king, chairman of Fung Group, which controls global supply chain company Li & Fung.

Fung urges young people to seek opportunities in the "Greater Bay Area" -- a concept revived by Chinese Premier Li Keqiang to refer to the economic cluster in southern China's Pearl River Delta. "If you just keep looking inward, then the skies are limited," Fung said.

Some young people might take that suggestion as an affront. "I cannot even enter the Chinese mainland," said Joshua Wong Chi-fung. The 20-year-old student leader at the forefront of the Umbrella Movement was also denied entry to Thailand, allegedly at China's request. "[It's] hard to recognize myself as a Chinese citizen."

These days, Wong and other activists are joining forces with pro-independence Taiwanese lawmakers, who recently set up a platform to support the democratic movement in Hong Kong.

"Next to you is a mega-superpower with more than 1 billion people," said Eddie Chu Hoi-dick, a Hong Kong lawmaker and one of the activists involved in the initiative. "We cannot restrict our battlefield to Hong Kong."

Beijing, Chu said, is "creating an alliance of anti-Chinese activists or democrats around Asia, and Hong Kong is definitely part of it."