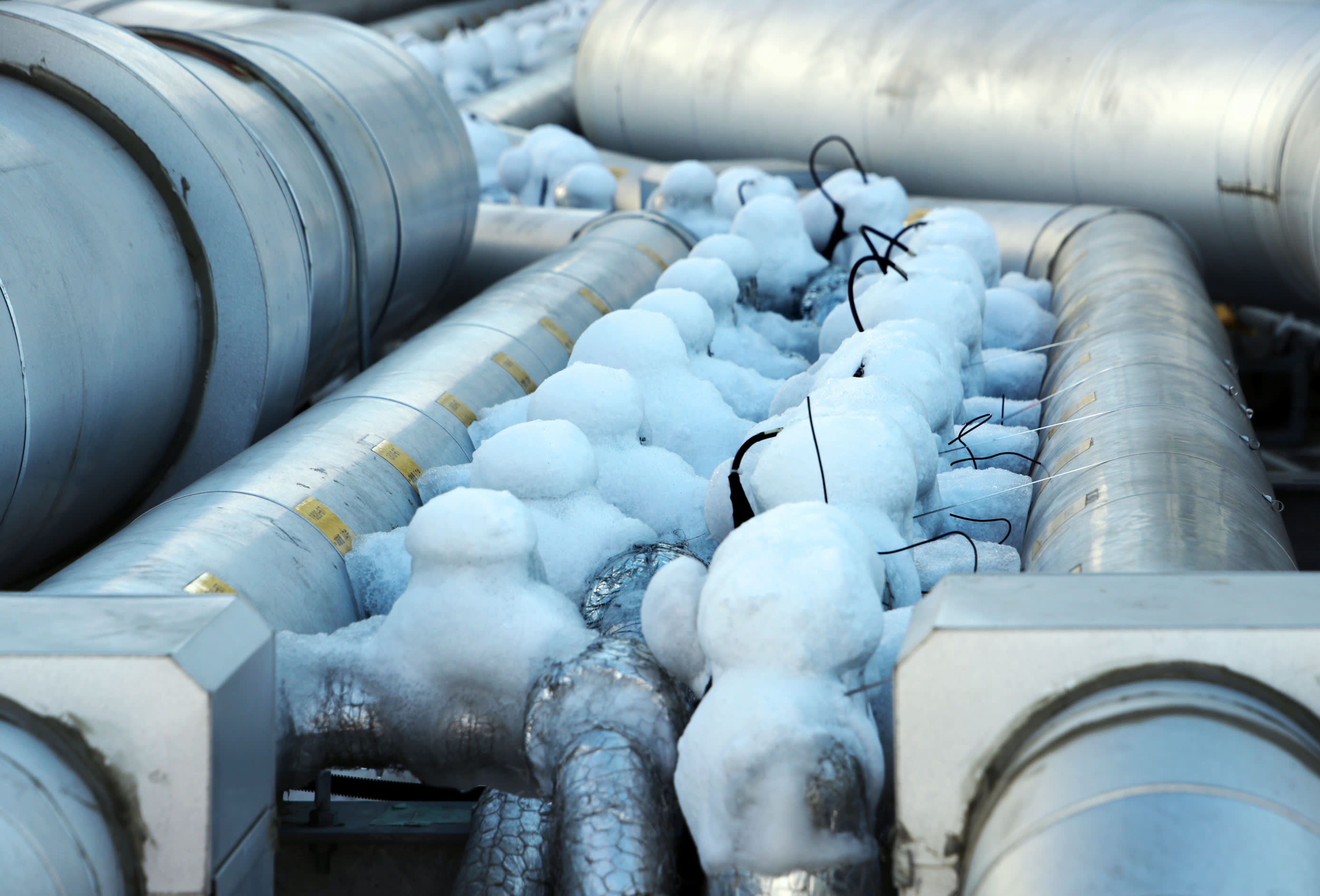 Tepco has surrounded the reactors at its Fukushima Daiichi plant with a wall of frozen earth.
Nikkei staff writersMarch 11, 2018 01:16 JST | Japan
CopyCopied

The 1.5km barrier of frozen earth, which cost 34.5 billion yen ($322 million) to build using taxpayer money, is supposed to keep groundwater out of the plant's four reactor buildings. Multiple reactors suffered core meltdowns following the earthquake and tsunami in March 2011. Any water that enters must undergo decontamination, though it is not possible to remove all the radioactive material the water takes up.

Tepco, as the utility is widely known, has said that the barrier has reduced the amount of new contaminated groundwater by 95 tons a day. This suggests that the wall accounts for just one-quarter of recent reductions: Around 110 tons of groundwater were contaminated daily in the three months through February, compared to roughly 490 tons daily before the frozen barrier was created. Freezing of earth around the buildings began in March 2016, and was nearly complete last November.

The utility has said a variety of external factors make those numbers difficult to compare directly, and it plans to release a more detailed analysis as soon as next week. "The frozen soil wall is working," said Naohiro Masuda, chief decommissioning officer for the Fukushima plant. Some of the tanks to store contaminated water are rendered unnecessary, and "this is huge in monetary terms," he said.

Others beg to differ. "It is hard to believe" the barrier is "contributing as much as it cost to build," said Masashi Kamon, professor emeritus at Kyoto University. Japan's Nuclear Regulation Authority has also raised questions about the barrier's effectiveness relative to its cost.

Lower-tech measures also in place to prevent contamination, such as wells that pump water out of the ground surrounding the plant, have proven more effective than the frozen barrier. But Tepco plans to keep the wall in place, at an annual cost of more than 1 billion yen, until the groundwater contamination problem is resolved.