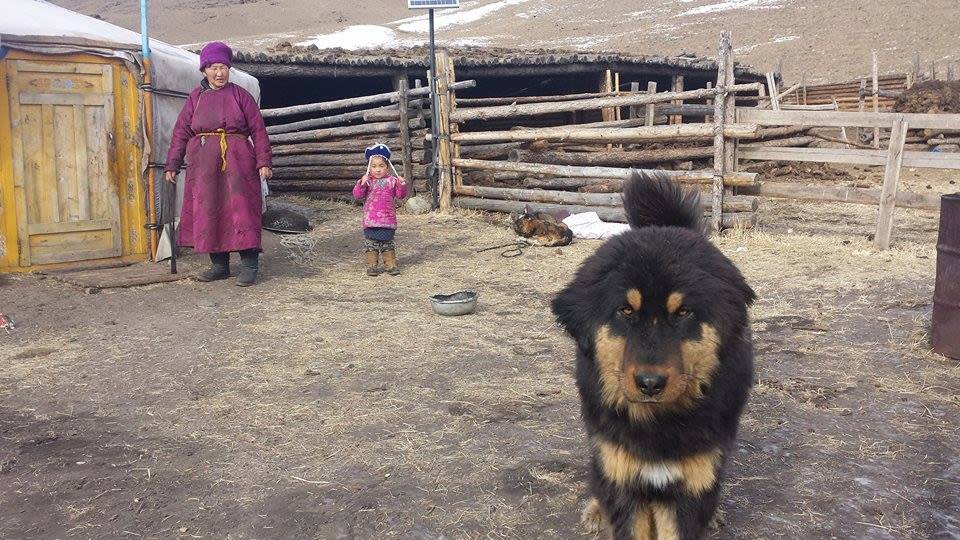 ULAANBAATAR -- Bruce Elfstrom got a first-hand look at the fragility of Mongolian nomads' existence while producing a documentary in 2004.

Elfstrom, a biologist and outdoor adventurer, was camping with a film crew and some nomadic herder families on the vast steppes of rural Mongolia. He was awakened one freezing, star-filled night by the sound of slaughter. A wolf pack had attacked the grounds, killing 17 horses and 30 other animals.

Such losses are devastating but common for Mongolian nomads, who maintain a millennia-old lifestyle of small family units residing in mobile yurts, and are dependent for subsistence on livestock -- traditionally horses, camels, yaks, sheep and goats.

Livestock predation can ruin nomadic families, which often retaliate by hunting the culprits -- primarily gray wolves, lynx and snow leopards. High-powered rifles and off-road vehicles have greatly increased the capabilities of nomad hunters in recent years, leaving predator populations under threat. Conservationists estimate, for instance, that only 500 to 1,000 snow leopards survive in Mongolia, putting them on the endangered species list.

Wolves are by the far the biggest threat to livestock, and the New York-based Wildlife Conservation Society has reported that they are "almost certainly declining in number." A wolf pelt and body parts can command more than $300 in China, further incentivizing retaliatory killings. Bankhar dogs are raised with livestock so that they bond with the animals they are bred to protect. (Courtesy of Mongolian Bankhar Dog Project)

The loss of livestock by struggling herders shocked Elfstrom, as did the threat posed by the wolves. But as a conservationist, he thought to himself, "How can I fix it?"

The solution to both livestock predation and retribution hunting, Elfstrom soon discovered, was already available, and had long been part of the nomadic lifestyle: Mongolian Bankhar livestock guardian dogs.

Bankhar dogs, native to Mongolia, are considered livestock guardian dogs -- one of many such breeds developed over the centuries. The Bankhar and breeds such as the Great Pyrenees and the Anatolian Shepherd have proven highly effective in deterring predation and reducing the need for lethal control of predators in places ranging from South Africa to Australia and the U.S.

Livestock losses to predation often decline by 80%, or are even eliminated, following the introduction of livestock guardian dogs.

Mongolian lore indicates that Bankhar dogs have long been used as livestock guardians. However, the turmoil created by 70 years of collectivization and modernization imposed on nomadic communities by the Soviet Union and its Mongolian proxies resulted in the loss of vital traditional knowledge, including the capabilities required to train and employ Bankhar dogs. 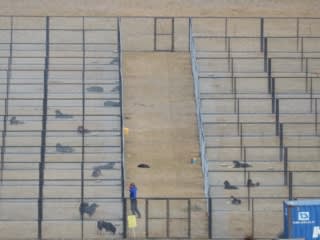 MBDP is breeding rare Bankhar dogs to enable them to reclaim their traditional role as livestock guardians for Mongolia’s nomads. (Courtesy of Mongolian Bankhar Dog Project)

According to Mongolian herders and field biologists, Bankhar dogs were actively destroyed under communist rule because of a misconception that the dogs spread disease to livestock. The dogs survived only in the most isolated herding communities.

To reintroduce the Bankhar to nomads around Mongolia, Elfstrom raised $40,000 in seed money through Kickstarter, a crowd funding platform, in 2011, and added a larger sum of his own to establish the Mongolian Bankhar Dog Project. The project located 10 Bankhar dogs living with isolated herders around Mongolia, and those animals form the core breeding population.

Zoe Lieb, a conservation biologist and anthropologist who took over the program in Mongolia in November, said that restoring the breed is a priority. She said the project has so far reared nearly 40 puppies, most of which have been deployed as livestock guardian dogs or are in training.

To increase its impact, the project has also teamed up with several domestic and international conservation organizations.

The Wildlife Conservation Society recently began working with the project as part of its Sustainable and Wildlife-friendly Cashmere Project, which partners with global luxury brands to source cashmere wool from herders who have pledged to engage in sustainable herding practices. These include refraining from lethal control of predation.

"We are definitely taking a bet" on the Mongolian Bankhar Dog Project, said Onon Bayasgalan, the sustainable enterprise officer for WCS Mongolia. "Supporting our bet is that we have a history of guardian dogs here," she said. "That's a good foundation to work off."

Bankhar dogs can also mitigate desertification, which has increased in recent years because herders now primarily raise goats for cashmere wool to sell on the open market. Goats have voracious appetites and damage pastures more than other livestock, resulting in pasture depletion and increasing desertification. The Gobi Desert is estimated to be growing at 3,000 sq. km a year, with vast sandstorms contributing to smog levels throughout East Asia. Pasture productivity has deteriorated. 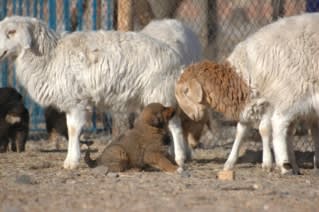 Bankhar dogs form close bonds with livestock and consider themselves part of the herd. (Courtesy of Mongolian Bankhar Dog Project)

Three times as many goats now roam Mongolia's steppes as in the 1980s, and herders are keeping ever-larger livestock herds as a hedge against predation and weather-related losses. But reducing the risk of livestock losses can spur herders to keep smaller herds in the expectation that more will survive.

Further, the use of the dogs encourages predators to focus on natural prey such as the Asiatic wild ass and Mongolian gazelle. The increased threat encourages these wild ungulates to herd and graze in more compact units, helping to reduce pasture damage.

"This one dog, as a tool, can satisfy a number of different things," Elfstrom said, "including ecological balance, sustainability, security, as well as cultural aspects."

The use of Bankhar dogs, however, will not address all of Mongolia's looming ecological threats. Poaching has had a dramatic impact on wildlife populations in the country.

According to Mongolian government estimates cited by the Wildlife Conservation Society, the population of critically endangered saiga antelope fell by 85% to just 800 animals during a five-year period in the late 1990s. The number of red deer plummeted by 92% between the 1980s and early 2000s, and argali mountain sheep numbers dropped by 75% in roughly the same period. The loss of prey species is likely pushing predators to hunt livestock, further exacerbating threats to predator populations.

Meanwhile, the effects of climate change are already being felt in Mongolia, with colder and drier winters, falling water tables and more violent storms.

Despite its limitations, the Mongolian Bankhar Dog Project is showing tangible results. Elfstrom said that herders have seen predation losses fall from between 20 and 80 sheep a year to single digits.

Elfstrom envisions one day putting Mongolian management in charge of the project and hopes that the use of Bankhar dogs will become part of normal herding practices.

"Once that momentum builds and it's in the hands of Mongolians," he said, "it will cause a chain of emulations that will create a healthier ecology and economy."