The ratio of trade accounts settled in yuan has fallen by half from two years ago. (Photo by Akira Kodaka)
ISSAKU HARADA and YUSHO CHO, Nikkei staff writersJanuary 2, 2018 15:07 JST | China
CopyCopied

BEIJING/SHANGHAI -- The international use of the yuan, promoted by the Chinese leadership, has lost momentum as the Chinese government has toughened capital controls in the face of the currency's depreciation and capital outflows from the country.

The ratio of trade accounts settled in yuan has fallen by half from two years ago, and overseas investors have lost interest in the Chinese currency.

China has boosted the supply of money more than Japan and the U.S. to shore up its economy. But the massive easy money policy is acting as a drag on the international use of the yuan.

In Danang, a coastal city in Vietnam popular among Chinese and other tourists, the yuan is accepted at convenience stores. But its exchange rates against the Vietnamese currency, the dong, are some 5% lower than at banks.

Local convenience stores are not exactly enthusiastic about using the yuan. "We accept yuan just for the sake of customers," a store worker said. The move was aimed at curbing the impact on the Chinese economy from the policy of the U.S. having the dollar as the key global currency. In 2015, the yuan was used to settle nearly 30% of China's international trade accounts.

But the ratio plunged to 14% in the first nine months of 2017 and was even lower if trade between mainland China and Hong Kong is excluded.

The yuan was also used in 2.79% of total financial transactions in the world in August 2015, replacing the yen as the fourth most active currency, according to the Society for Worldwide Interbank Financial Telecommunication. In October this year, however, the Chinese currency dropped to seventh place with a share of 1.46%.

The international use of the yuan has lost momentum because of full-scale capital regulations adopted by the Chinese authorities concerned about the currency's steep depreciation and capital outflows from China amid the interest rate hikes in the U.S.

With the user-unfriendly yuan shunned, investment in China from developed countries, such as the U.S., Britain and Germany, decreased in the January-September period of 2017. The number of foreign investors willing to own the yuan has also decreased. The outstanding balance of deposits in yuan in Hong Kong, a yardstick for the overseas circulation of the currency, plunged to 530 billion yuan ($80.1 billion) at the end of September from more than 1 trillion yuan at the end of 2014.

Financial assets held in China by foreign companies and individuals totaled 3.03 trillion yuan at the end of 2016, two-thirds the level a year and a half earlier.

The People's Bank of China, the central bank of the country, had currency exchange accords with 36 countries and regions at the end of 2016, under which a total of 3.3 trillion yuan can be withdrawn for trade and investment. The available balance at the end of 2016 dropped 56% from a year earlier to 22.1 billion yuan.

China is exposed to strong pressure from the yuan's depreciation and capital outflows because it has issued a huge amount of currency.

Following the global financial crisis triggered by the collapse of Lehman Brothers in 2008, bank loans soared in China under the government's economic pump-priming measures totaling 4 trillion yuan. Although China therefore pulled out of the crisis faster than other countries, the total amount of cash and deposits (M2) expanded from 1.5 times the country's gross domestic product at the end of 2008 to 2.1 times at the end of 2016.

The M2 of China is larger than the combined amount of Japan and the U.S.

Debt in the corporate sector in China equaled 166% of its GDP at the end of 2016, higher than in Japan during the first half of the 1990s.

China has since continued to underpin economic activity with monetary easing. The central bank cut its policy interest rate six times in the year from November 2014. 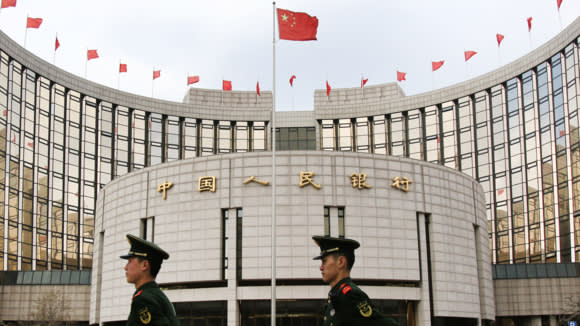 In addition to more extensive credit-easing measures than those taken by Japan and the U.S., China suddenly devalued the yuan in the summer of 2015, arousing expectations of the currency's fall in value down the road. The Chinese monetary authorities therefore have been forced to engage in protecting the yuan.

In the past, the yuan was widely expected to continue rising. Market demand for the yuan  was an important driving force for the international use of the currency, said Gao Haihong, senior fellow at the Chinese Academy of Social Sciences.

The Chinese authorities have lost the force and are struggling to prevent an exodus of money from China by toughening capital regulations.

In a report to the Chinese Communist Party's national congress in October, CCP chief and Chinese President Xi Jinping referred to the prevention of a financial system crisis as the No. 1 economic task during his second term of office. 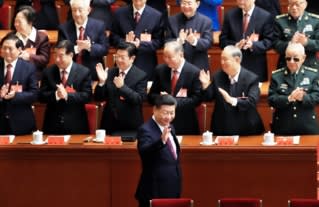 China is thus toughening regulations to prevent market confusion resulting from the steep depreciation of the yuan as a more important task than an increase in the international use of the currency. But pressure for capital outflows remains strong.

Li Runa of VIProperty, a real estate company in Ho Chi Minh City, Vietnam, said it has concluded more than 1,000 deals in 2017, 80% of which involved Chinese customers. In other words, the yuan continues to flow out of China, despite the toughened regulations, for investment in overseas property.

A symbolic figure of reform will soon fade from the limelight. Zhou Xiaochuan, the reform-minded governor of the PBOC who has led efforts to promote the internationalization of the yuan, is expected to step down by next spring. Guo Shuqing, chairman of the China Banking Regulatory Commission, and other reformists are among candidates to succeed Zhou, but Xi is hesitant about market-oriented reforms that could cause social confusion.

The International Monetary Fund decided in November 2015 to add the yuan to its special drawing rights basket. As if satisfied with the IMF's recognition of the yuan as an international currency following the dollar, euro, pound sterling and yen, the Chinese leadership under Xi has slowed efforts to promote the internationalization of the yuan. It was only on Dec. 22 when China formally agreed with Japan on a scheme that allows companies based in Japan to issue yuan-denominated bonds, or so-called panda bonds. 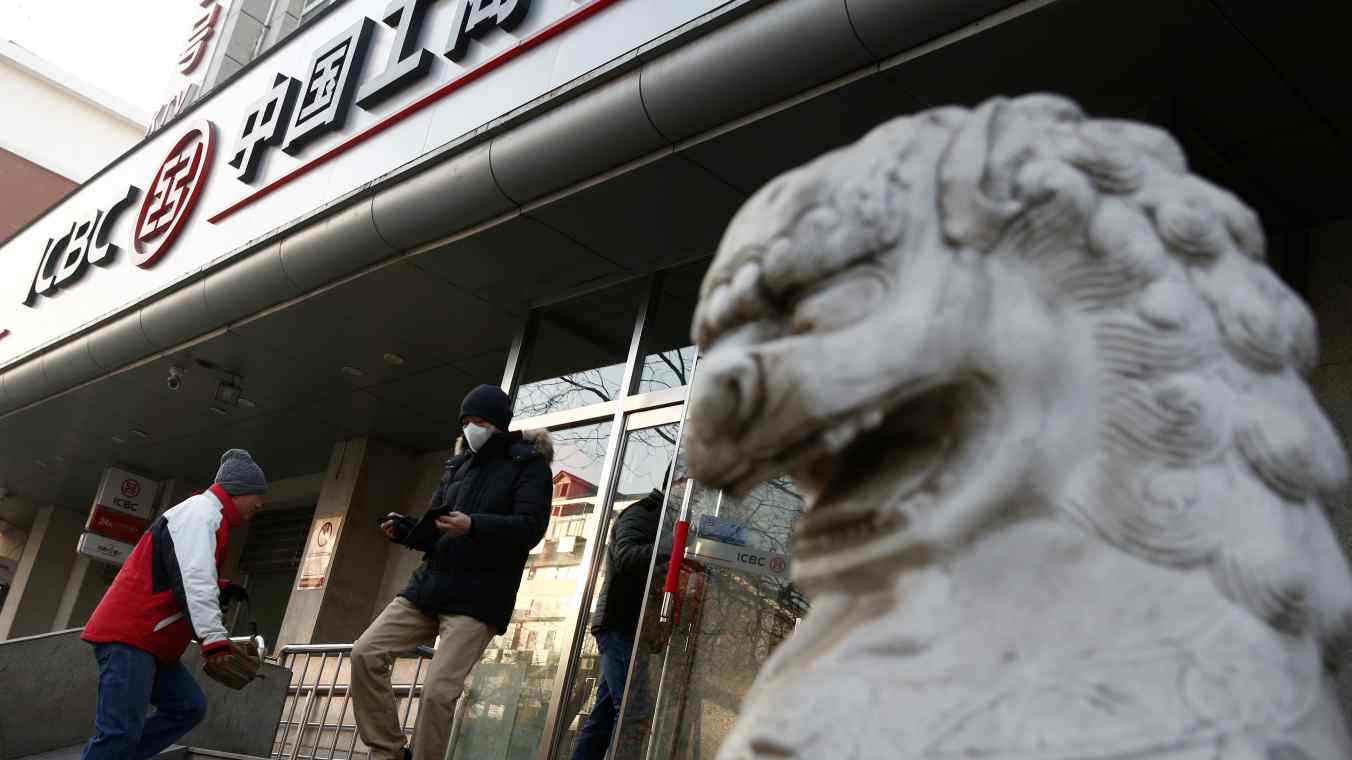 China opens finance sector wider to foreign capital, but will it come?

The currencies of hegemons, such as Britain and the U.S., have long reigned as key currencies. The stalemate in the internationalization of the yuan despite the growth of China's national power is a setback for China's dream of developing into a "great modern socialist country" by the middle of this century.

No country has ever achieved an open economy with strict foreign exchange controls, Zhou noted in a recent interview in a leading Chinese financial magazine. The remark was taken as a farewell message by the outgoing central bank governor who called for the continuation of reforms to enhance the marketability of the yuan.