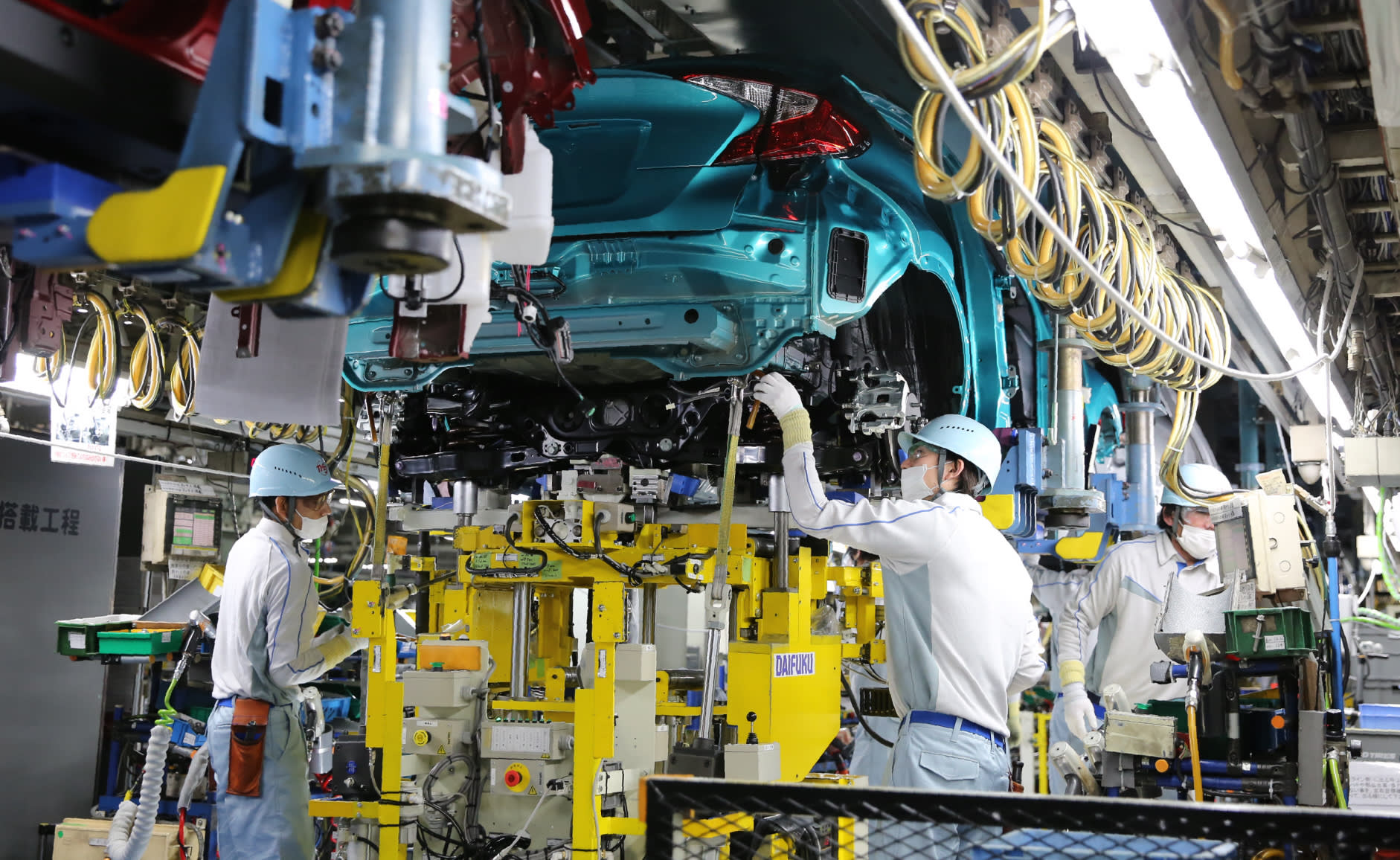 TOKYO -- Japan's economy expanded moderately for the three months ended December, the eighth straight quarter of growth, thanks to steady improvements in private consumption and capital expenditures, according to preliminary data released Wednesday by the Cabinet Office.

This is the longest consecutive period of economic expansion in roughly 28 years, according to the Cabinet Office. Japan enjoyed 12 consecutive quarters of growth between 1986 and 1989, during an economic bubble.

"The employment and income environments are improving, and economic growth is moving forward steadily," said Toshimitsu Motegi, minister for economic revitalization, in a news conference after the data were released.

The latest growth was led by domestic demand. Private consumption grew 0.5%, expanding for the first time in six months, followed by a contraction of 0.6% in July-September, when typhoons and extended rains pressured consumption. Consumer spending on mobile phones, cars, and food and beverage services increased in the October-December quarter.

Capital expenditures by the private sector also showed an expansion of 0.7%, the fifth consecutive quarter of growth, as production activities recovered and demand for machine tools increased.

The private housing sector shrank for the second straight quarter, as the number of new property developments fell. Public investments also contracted for the second consecutive quarter as the positive impact of projects carried over from the supplementary national budget for fiscal 2016 diminished toward the end of 2017.

External demand had a slightly negative impact on overall GDP, as imports of smartphones from other Asian countries and fuel from Australia rose, offsetting the positive impact of higher exports of automobiles and semiconductor production equipment.

Nominal GDP remained almost unchanged from the previous quarter, but decreased 0.1% on annualized rate, the first negative growth since the July-September quarter of 2016.

The employment and income environments are improving, and economic growth is moving forward steadily

Following the release of the GDP data, Chief Cabinet Secretary Yoshihide Suga said in a news conference that the fundamentals of the Japanese economy "are clearly becoming firm."

But economists were unimpressed.

"The overall impression of the October-December performance was a weak one," said Toru Suehiro, senior market economist at Mizuho Securities, adding he had expected a better performance in private consumption. Suehiro said he expects 2018 GDP growth to stay "at a level that would not strengthen the inflationary pressure," and for the Bank of Japan to maintain its easy monetary policy as optimism toward the global economy weakens following a sudden drop in stock markets worldwide.

Shunsuke Kobayashi, economist at Daiwa Institute of Research, called the continued decline in property investments "unexpected." If housing demand has peaked, declining property prices would decrease the "asset effect" -- the psychological lift that prompts consumers to spend more as their asset values rise.

"This could further drag down private consumption," Kobayashi said.