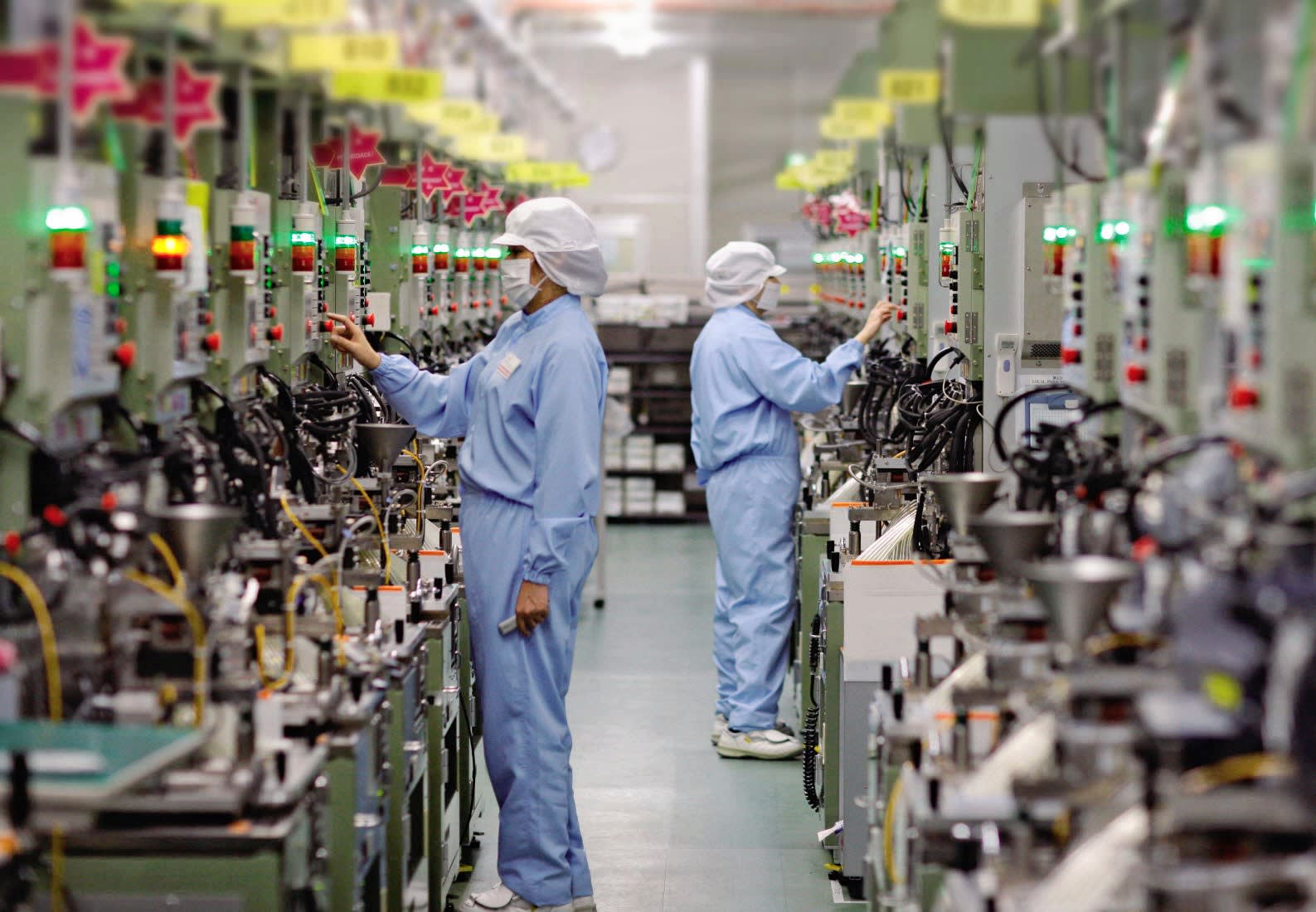 TOKYO -- Japanese companies remain reluctant to spend big on equipment at home despite stellar earnings, with mixed factors including their focus overseas and the advance of cloud computing contributing to the trend.

Capital spending in Japan shrank an annualized 4.8% from the previous quarter in the April-June period and fell an annualized 5% in the three months ended in September, helping to push Japan's real gross domestic product into negative territory for two consecutive quarters.

"Companies are spending the bulk of their profit overseas," Yoshimitsu Kobayashi, chairman of the Japan Association of Corporate Executives, said at a news conference Nov. 17. "Corporate managers think by looking at 10 or 20 years down the road."

He was apparently responding to government officials who grumble that companies are not spending enough on equipment or wage increases despite strong earnings. Aggregate pretax profit of listed companies in Japan is seen climbing to a record for the second consecutive year in fiscal 2015.

Corporate chiefs see spending more overseas as the obvious choice over stepping up investment in Japan, where demand growth is limited. And overseas investors, closely watching returns on equity, also demand such steps.

Japanese companies are particularly aggressive about mergers and acquisitions, a time-efficient way of broadening a business' reach. Their M&A spending overseas topped 10 trillion yen ($80.6 billion) for the first time this year, according to M&A advisory Recof.

Benesse Holdings Chairman and CEO Eikoh Harada stressed that "overseas businesses are the growth driver," when announcing a midterm plan at the end of October. The company has earmarked a record 200 billion yen for investment over five years, with a focus on overseas operations.

Logistics service providers and other companies that have focused on the domestic market are also speeding up expansion abroad.

Some companies are looking at new technologies rather than capacity. Toyota Motor and six other automakers are planning combined R&D spending of 2.73 trillion yen for fiscal 2015, up 7% on the year, looking to commercialize self-driving and other next-generation technologies.

R&D spending will be included in GDP data from the end of next year, but at this point, its omission makes corporate spending look even smaller than the reality.

The advancement of cloud computing technologies is also putting the brakes on capital spending, as more businesses use cloud-based services enabled by third-party software and hardware rather than develop their own systems. Some economists point to this trend to explain the decline of software development spending in the GDP data.

A gap between plans and actual spending is also at play. The Bank of Japan said in its quarterly Tankan survey of business sentiment released in September that companies across all industries are planning to boost capital investment 6.4% this fiscal year from fiscal 2014.

This bullish stance has not translated into actual spending, in part because many orders carry a sizable lag time before delivery. While products such as cars and agricultural machinery are often ready for immediate shipment, power generation equipment, turbines and metal processing machinery require more than six months to deliver after an order is placed.

Outstanding machinery orders stood at 29 trillion yen in September, according to the Cabinet Office. Takuya Hoshino, an economist at the Dai-ichi Life Research Institute, estimates that 21 trillion yen of this was for long-lead orders requiring more than half a year to deliver. With the power retail market set to open up in 2016, companies getting into fossil-fuel power generation are buying turbines. And many companies are ordering systems to accommodate Japan's national identification number system.

Labor shortages are exacerbating the delivery delays. Having cut production capacity following economic stagnation, machinery makers are not keeping up with a surge in orders, according to the Bank of Japan.

Capital spending will be a topic at a government-led public-private forum to be held Thursday. The government is seen urging industry to increase domestic spending and wages, but will also face pressure to do its part by cutting the effective corporate tax rate and easing employment regulations to allay labor shortages.