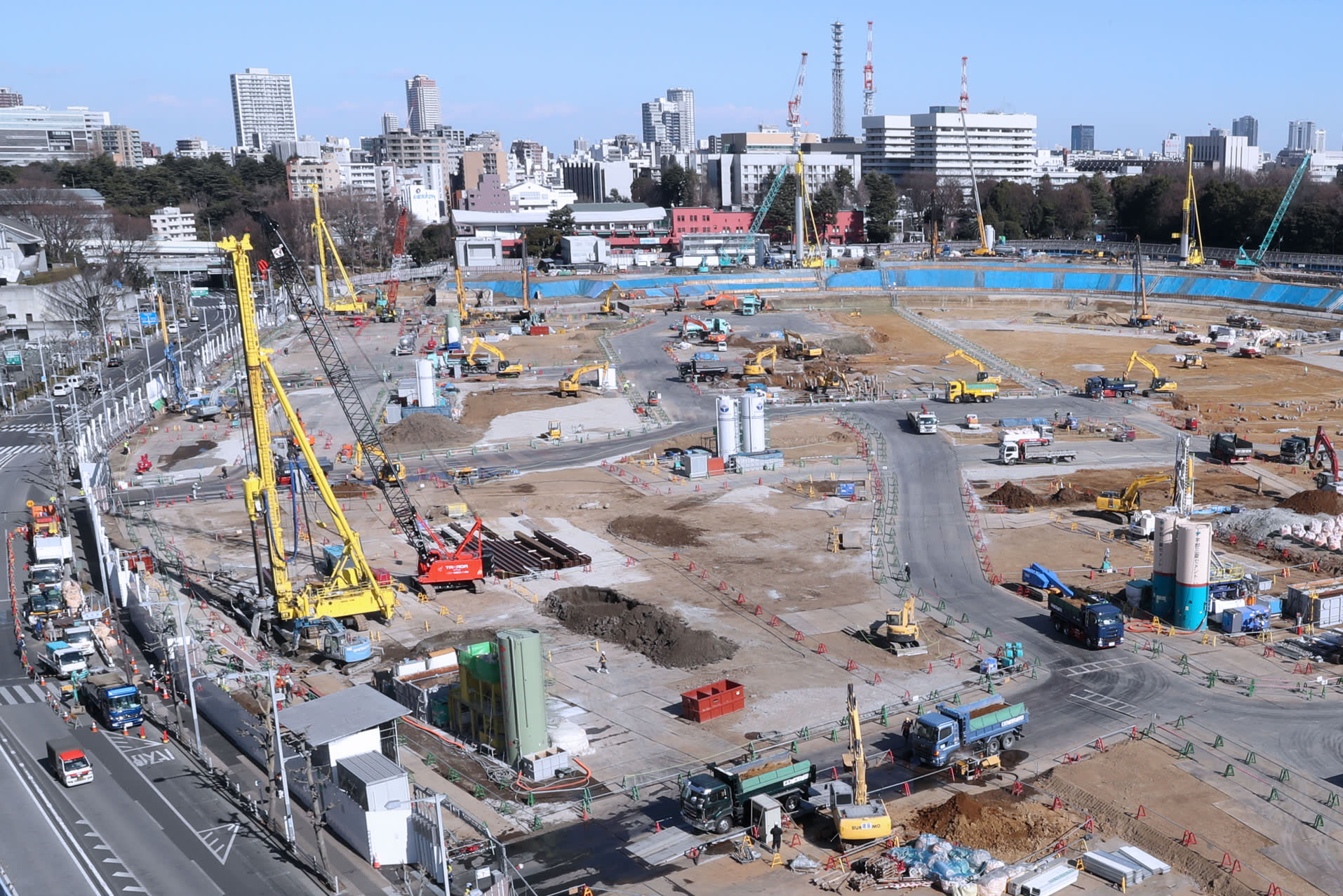 Construction is proceeding at the site of the new national stadium, which will be the main venue for the 2020 Olympics, in Tokyo.

The international sporting events are also expected to create some 1.94 million jobs, the municipal government said.

The estimate of economic effects covers the 18 years from 2013, when Tokyo was chosen to host the Olympics and Paralympics, to 2030. It is a combination of direct and legacy effects that will be created by staging the events.

Direct effects consist of expenditures on construction and maintenance of venues for games and on management of the events, including security and transportation costs as well as spending by visitors, marketing expenses by sponsor companies and other expenditures. The Tokyo government estimates them to be 5.2 trillion yen. 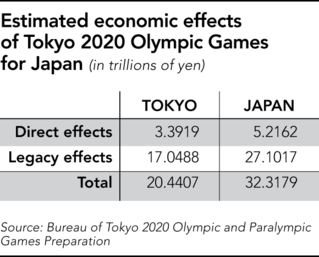 Data on the 2012 London Olympics and Paralympics suggest that the economic effects of the games last for about 10 years after they are held, said an official in charge in the Tokyo government.

The Tokyo government also estimated that direct and legacy effects of the events will create some 306,000 and 1.63 million jobs, respectively. The total includes 1.29 million in Tokyo.

"The events will be held mainly in Tokyo but will produce widespread spillover economic effects for other places," the official said.

While campaigning to host the events, the Tokyo government announced an estimate in 2012 that projected a boost worth 3 trillion yen. But that figure has increased sharply because of increases in expenditures on construction and maintenance of venues and on management of the events as well as the addition of legacy effects for the first time.

The estimate by the municipal government does not include changes in Japan's overall economic condition and falls in demand following the events.

The Bank of Japan has announced an estimate that the 2020 Olympics and Paralympics will push up Japan's gross domestic product by a total of 25 trillion yen to 30 trillion yen in 2014-2020. Mizuho Research Institute estimates a GDP bump of 36 trillion yen for fiscal 2015-2020.