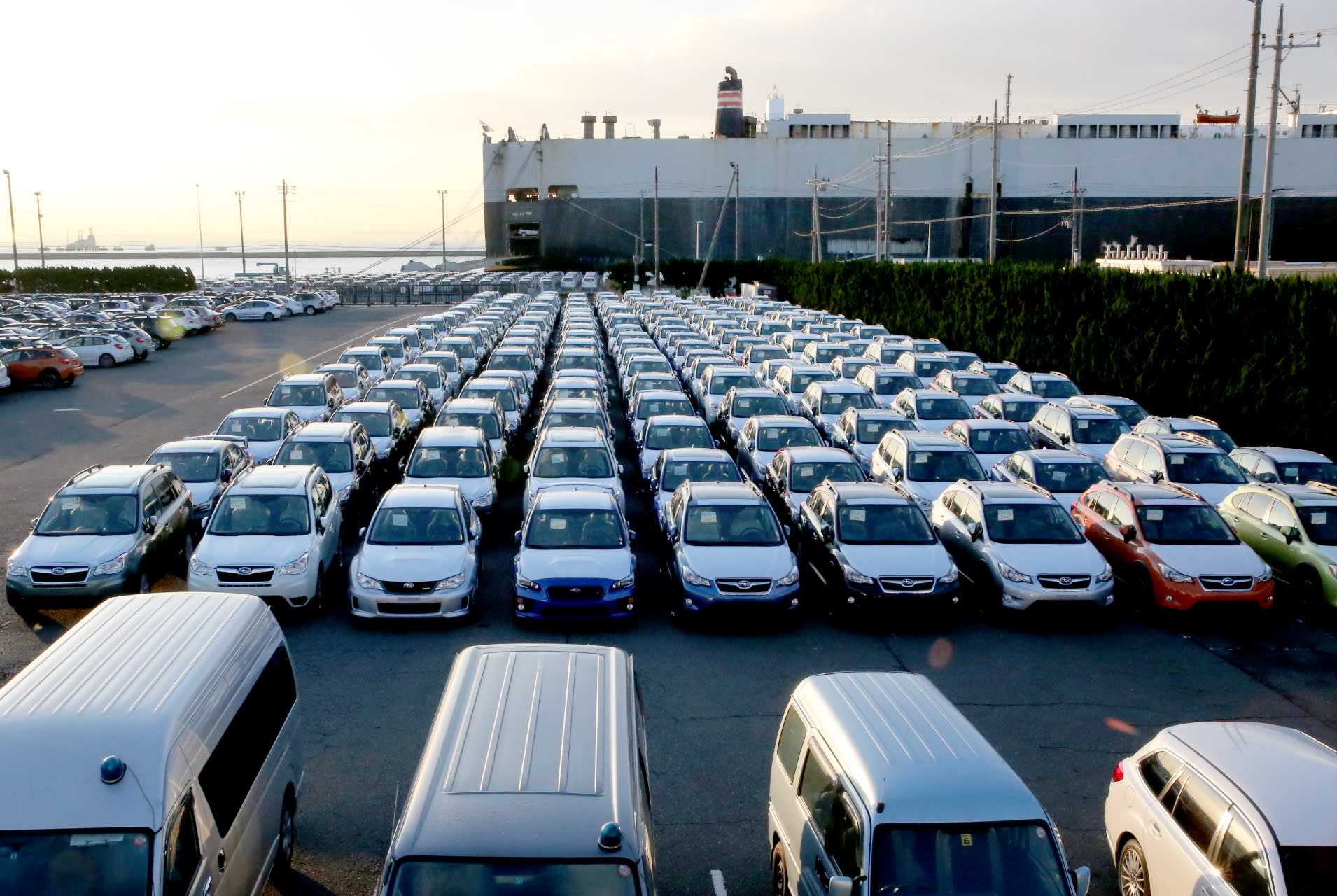 TOKYO -- Japan's real gross domestic product for the July-September quarter rose 0.3% over the previous quarter in seasonally adjusted terms, backed by increased net exports, according to preliminary numbers released by the Cabinet Office on Wednesday.

The figure translates into annualized growth of 1.4%, which is close to the forecasts of 1.5%, as compiled by QUICK.

Imports of goods and services fell 1.6% from the previous quarter, due in part to shipment delays of the iPhone X, which affected smartphone imports from China and other countries. 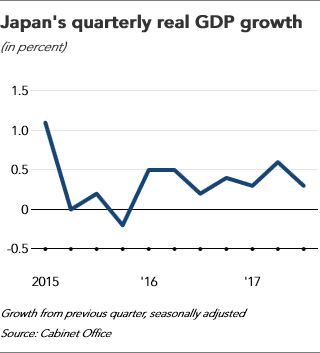 According to the Cabinet Office, while imports declined, exports of goods and services increased 1.5%.

Thanks to a steadily growing global economy, exports of electronic devices and semiconductor manufacturing equipment to Asia rose, as did exports of vehicles and capital goods to the U.S., an official said.

Spending by inbound tourists, which is tallied as an export, also contributed to growth. Japan welcomed about 7.4 million visitors during the three months.

In nominal terms, GDP for July-September rose 0.6% from the previous quarter, equal to an annualized growth of 2.5%.