Japan's consumption uptick convincing no one 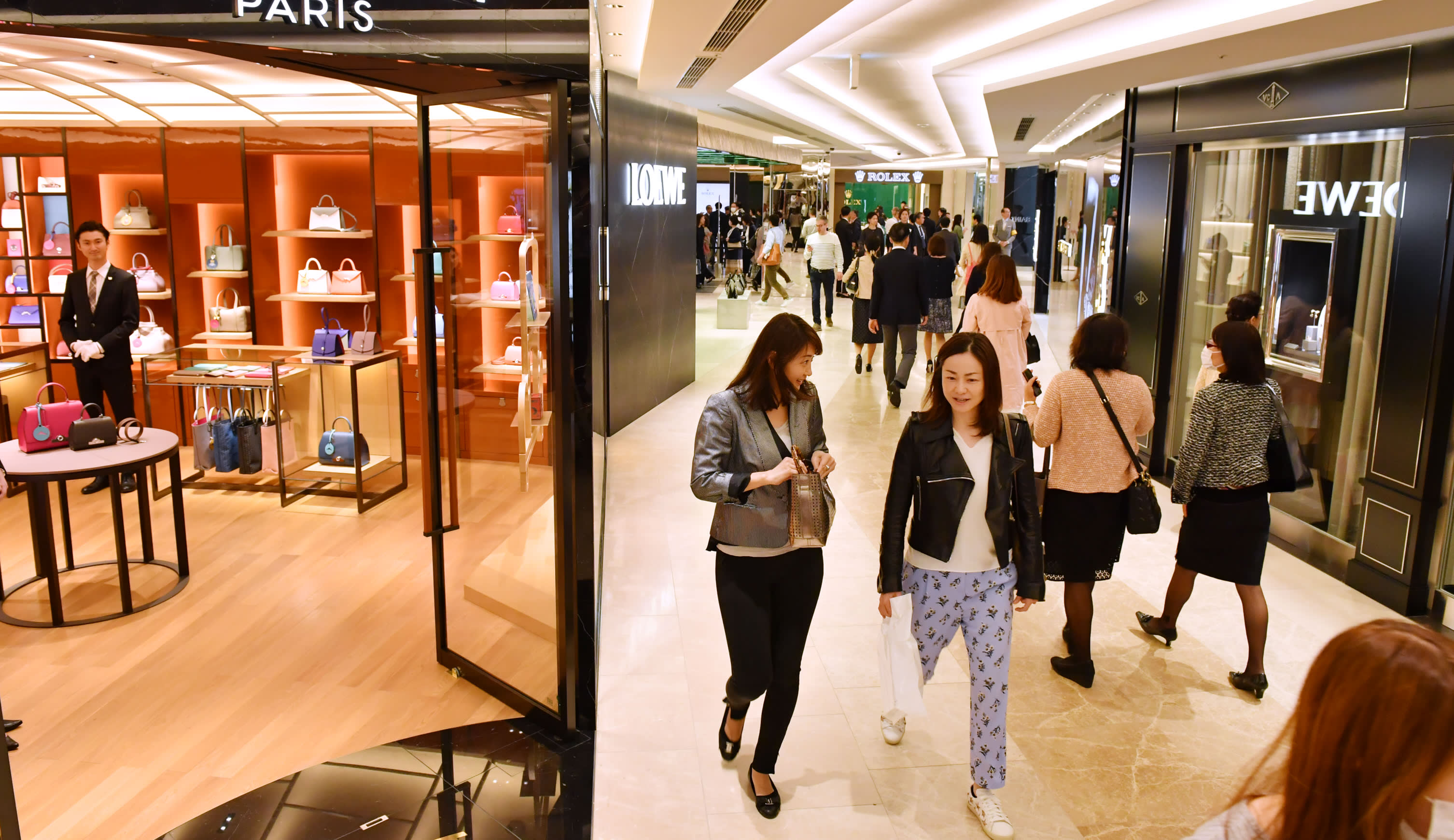 Even as wages rise, saving-minded consumers are reluctant to open their wallets.

TOKYO -- Japan's government has upgraded its assessment of the economy for the first time in six months in light of healthy consumer spending -- though neither the cabinet, the business community nor the public seems truly confident that things are looking up.

"The Japanese economy is on a moderate recovery," the Cabinet Office's monthly economic report said, omitting the reference to a "delayed improvement" in some areas mentioned through last month. Robust corporate earnings have given the job market a lift, which, in the official view, has stoked consumer spending. Business investment, housing construction and public investment all improved over May, underscoring solid overall demand.

Private consumption, the piece at the center of the puzzle, is improving "moderately," the report said, mirroring a similar upgrade this month by the Bank of Japan. While consumer spending took a hit earlier in the year when fresh-food prices soared, it has since stabilized. Demand for travel and auto sales are both looking up, as are retail sales figures from businesses such as department stores and supermarkets.

But the government does not seem entirely confident in these developments, nor does the public seem to have a tangible feel for them. Consumption "could take a turn for the worse," Nobuteru Ishihara, economic and fiscal policy minister, told a news conference Thursday. A representative of the Cabinet Office explained that "compared with employment and income, consumption has room to strengthen a little."

The so-called synthetic consumption index -- used by the Cabinet Office to make its assessment -- is rising, yet it is doing so at a fairly sluggish pace. The seasonally adjusted measure, which combines supply- and demand-side consumption indicators, held between 104 and 105 in the five quarters through January-March 2017, with 100 representing 2011 levels. While this does not necessarily indicate a poor performance, it is certainly not a sign of energetic consumer spending.

Consumers still show a strong propensity to save, reflecting a certain amount of anxiety about the future. Thus even as real incomes rise, spending fails to follow. Total wages earned by Japan's workers have risen 3.5% since January 2015, while consumption grew just 1.8% over the same period. And according to preliminary data from the country's top business lobby, the Japan Business Federation, summer bonuses are shrinking for the first time in five years -- an indication that workers will stay reluctant to open their wallets.

This weakness is even starker in historical context. Consumption is growing in the current economic recovery at less than one-tenth the pace it did during a 57-month economic expansion that began in 1965 or the 51-month bubble of the late 1980s, and therefore lacks the power to propel the economy as a whole.

"Factors such as rising social insurance premiums are eating away at disposable income," said Naoko Kuga of the NLI Research Institute. It is all households can do to secure the necessities, she explained.

A close look at retail statistics, strong on the surface, bear this out: Companies are frantically cutting prices on everyday items, doing their best to get consumers to buy. Seven-Eleven Japan, the convenience store unit of Seven & i Holdings, in April reduced prices on around 60 such items an average of 5% -- the first cut of its kind in eight years. Rivals FamilyMart and Lawson quickly followed suit. Ryohin Keikaku, operator of clothing and household goods seller Muji, will cut prices on fall- and winter wear 10-30% after making similar reductions for the spring and summer, sacrificing profit margins to get more customers in the door.

"The sales tax hike in April 2014 took a bite out of consumption, and consumers' appetite for spending hasn't returned since," said Norio Sako, president of the Uny supermarket chain.