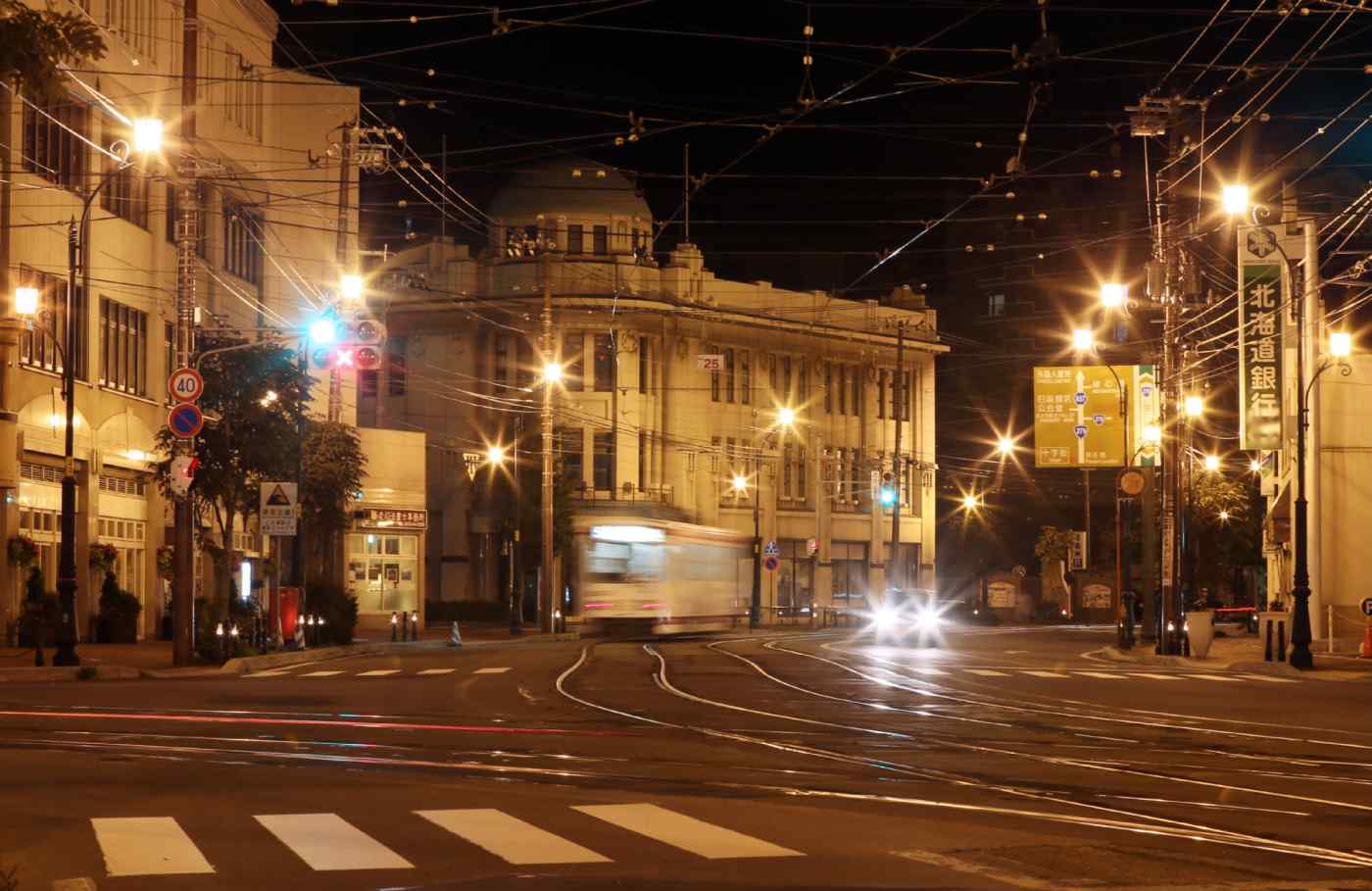 Although the streetlights shine brightly, the heart of Hakodate, Hokkaido is mostly vacant at night.
September 24, 2014 19:00 JST | Japan
CopyCopied

TOKYO -- Japan is caught in a demographic squeeze unprecedented among developed countries: a ballooning number of elderly, coupled with a decline in the overall population that is causing communities to wither and markets to vanish.

If the country is to maintain its vitality, new ideas are needed to combat the problem -- and quickly.

Mount Hakodate, on the northern island of Hokkaido, is renowned for its view of the surrounding bay and city, especially at dusk. Tourists often gasp when they see the lights of the city below, and those of the squid fishermen out for their nightly catch.

But will there be anyone left to admire the scene in future years? In April, the central government designated Hakodate as a depopulated area, the first city with a population of around 300,000 or more in Japan to earn that distinction. The population of Hakodate has dropped to 270,000 from 340,000 in 1985, qualifying it for state support offered to localities whose populations drop by around 20% or more.

The fall is especially steep in the center of the city. The central government forecasts Hakodate's population will fall to 170,000 by 2040. The city center is virtually a deserted area at night. Although the lights still twinkle in the evening, much of the shine has gone out the local economy. Drying up, flaming out

Japan's population is just over 127 million at present, about 1.04 million less than its historical peak in 2008. But this decline masks drastic shifts in the country's demography. The number of people between the ages of 15 and 64 has declined by nearly 4 million, while the 65 and older cohort has shot up by more than 4 million.

The number of seniors has risen by more than the population of Yokohama, causing problems around the country.

In May, the city of Chichibu, in Saitama Prefecture, northwest of Tokyo, sheepishly told residents their water bills will be rising sharply. The pipes are so old that 30% of the water leaks away before it reaches households. Unless urgent repairs are made, the water supply will fail, the city says. Compounding the problem is Chichibu's falling population, which has caused revenue to drop. The city initially planned to raise rates by 35%, but the municipal assembly eventually cut the increase in half, opting to cover the shortfall with funds from the general budget.

Japan's demographic malaise affects disaster-prevention as well. Although preparations for a major earthquake along the Nankai Trough off central Japan are gathering pace in Seto, Aichi Prefecture, the number of volunteer firefighters is 18 short of minimum 268 required to carry out out the disaster plan.

The effects of the population decline are spreading from rural to urban areas. The Japan Policy Council, a private-sector panel of experts, forecast 896 communities will see the number of women aged 20 to 39 fall by half by 2040, putting the communities' survival at risk. This includes 279 cities, including, Aomori, Akita and Asahikawa in northern Japan.

Crumbling elementary and junior high schools are an increasingly common sight in cities, with more than 60% of schools in major cities over 30 years old, according to official figures. The government estimates that if spending on building maintenance is held below the 800 billion yen ($7.27 billion) set aside annually for construction of new schools, it will be necessary to close 35% of existing facilities and to extend the life span of those that remain from around 40 years to 80 years.

The population is forecast to decline by more than a fifth in 30% of Japanese municipalities by 2030. The country's working-age population is expected to drop by nearly 10 million by then, with one out of every three people retired.

Shape of things to come

Yubari Elementary School in west-central Hokkaido, was closed in 2011 and converted into a farm. The gymnasium is a greenhouse for white asparagus and chicory. Corn grows in the old schoolyard.

"We would like to increase jobs by displaying our farm products at food fairs in department stores," said Naotomo Anzai, 41, head of a group that has taken over the school building from the city of Yubari. Yubari offers a clue to cities and towns struggling with population decline. As an exodus of residents caused the city's finances to implode, the public and private sectors have been forced to radically restructure.

The city sprawls over an area the size of Tokyo's 23 wards, but it has only one elementary school, one junior high and one high school. Many old buildings now serve as farms, nursing-care facilities and post offices. Thousands of people are moving into public housing units in the city center.

The withering of Japan's population poses economic as well as social challenges. The Cabinet Office worries that as the country's population density falls, so will its capacity for innovation and economic growth; most economic exchange takes place between people living close together. Declines in population density could lead to a downward spiral as more and more people flee. In the decade through 2007, a quarter of Yubari's population left.

By 2030, 223 municipalities, or more than 10% of Japan's cities, towns and villages, will face population drops larger than that of Yubari, according to a government estimate. Unless urgent steps are taken to stem the fall, Japan may have many Yubaris in its future.