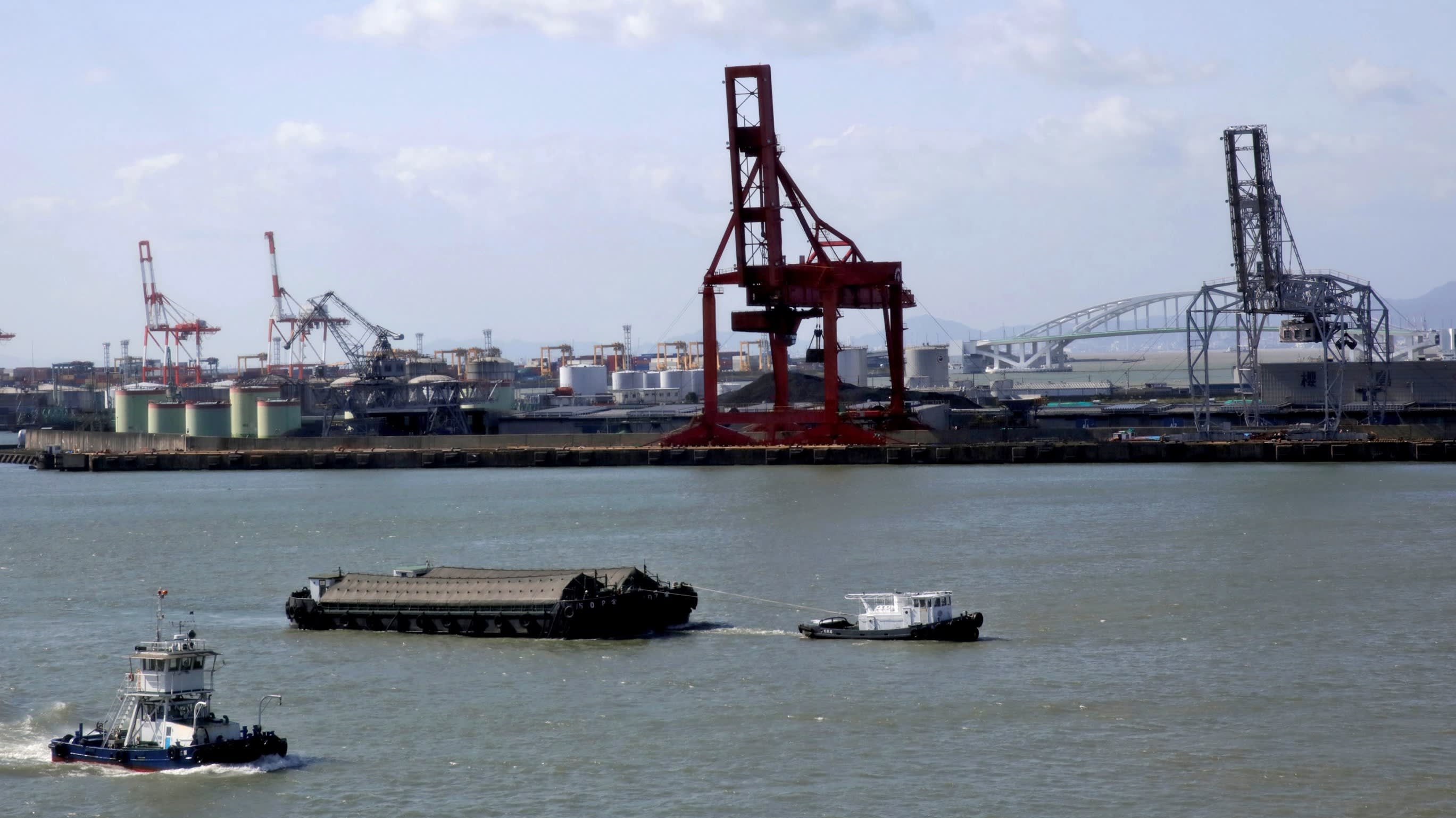 The growth projection for real gross domestic product, representing the average from 10 think tanks, comes ahead of preliminary third-quarter numbers that the Cabinet Office will publish Nov. 15. The 1.5% pace exceeds the economy's potential growth rate -- the underlying capacity to expand based on a longer-term perspective -- of around 1%.

The current economic growth phase began in December 2012 and is poised to become Japan's second-longest boom in the postwar era.

The estimates support a view expressed Tuesday by Bank of Japan Gov. Haruhiko Kuroda. "Against the effects of an extremely loose monetary environment and the large-scale economic stimulus, the economy will continue to expand," he told reporters following the central bank's two-day policy meeting.

Exports and production are the main drivers of this lengthy growth. The official industrial output index climbed 0.4% on the quarter to 102.5 points for the June-September period, a seasonally adjusted level not seen since the same quarter in 2008, when the global economic crisis first developed.

September's industrial output fell 1.1% from the previous month, but production is heading toward a recovery on average, the economy ministry said Tuesday in releasing the preliminary data.

The outlook for foreign demand also is rosy. "The U.S. economy has been expanding for about 100 consecutive months, and the streak will likely continue," Kuroda said.

Manufacturers preparing for aggressive production are lifting demand for machine tools and other equipment with robust capital spending. Production of electrical equipment for urban office buildings and other structures is projected to rise as well. Yet potential pitfalls for the economy remain, such as demand waning after the buildup to the Tokyo Olympics in 2020.

The economic glow has even spread to the job market. The official effective job openings to job seeker ratio stood at 1.52 in September, unchanged from August. Japan's seasonally adjusted figure remains at a high last seen in February 1974.

The tight labor market has companies taking on more permanent employees to secure talent for the long term. The number of permanent workers totaled 34.83 million in September, up 760,000 from a year earlier. Much of the hiring wave filled accounting and other administrative positions.

"There are indications that [Japanese companies] are upgrading administrative divisions due to acquisitions of overseas corporations and other enterprise expansions," said Toru Suehiro, senior market economist at Mizuho Securities. The job market for lateral hires has become more active as employers hunt for experienced workers.

But new job openings for sales positions crept up only 0.4%, the lowest since fiscal 2010 when Japan's economy emerged from the post-crisis downturn.

The overall brighter jobs picture is whetting appetites for consumption. Though the internal affairs ministry's official household spending survey shows that consumption fell on the year in September, the year-earlier data was inflated by air conditioner purchases due to hot weather. This season's typhoon also rained on recreational consumption.

Spending for food and clothing grew, leading the ministry to say that consumption is recovering. Though inflation remains far from the BOJ's 2% target, discounts by large retailers are propping up consumption.