With properties out of reach for many investors, attention shifts overseas 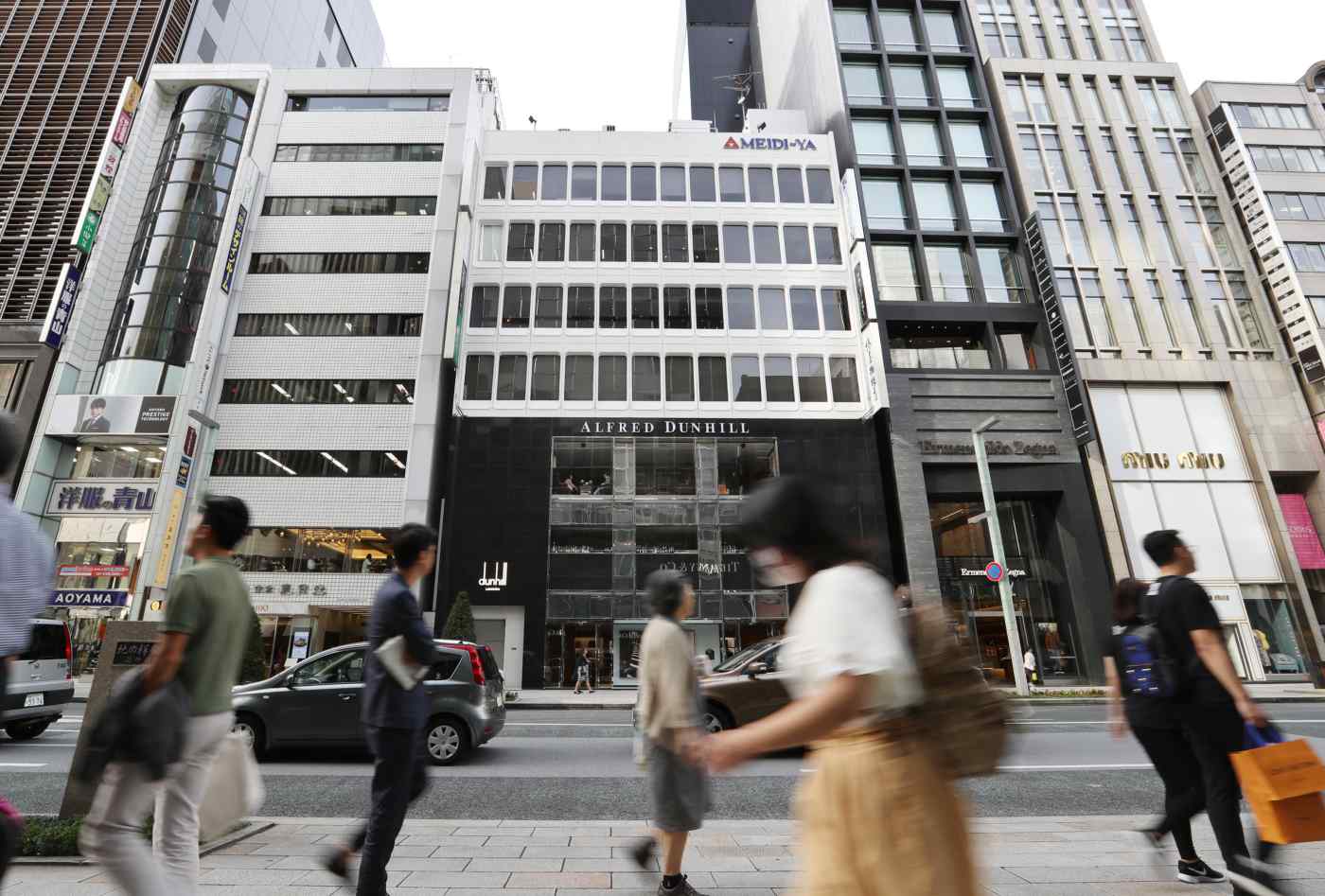 Prices in Tokyo's Ginza 2-chome neighborhood exceeded those during the bubble economy of the 1980s.
October 13, 2017 07:30 JST | Japan
CopyCopied

TOKYO -- The price of land in Ginza's 2-chome neighborhood in Tokyo has topped where it was during Japan's infamous bubble economy of the late 1980s and early 1990s.

The Bank of Japan's monetary easing program has sent money flooding into real estate, pushing land prices beyond expectations. The inflow of capital should mean a golden opportunity for real estate investment trusts, but the market is suffering from too much of a good thing in the form of overheated prices.

A senior official at a Tokyo-based REIT management company said it "cannot find an affordable property." The properties that comprise its portfolio have mainly been purchased through auctions. However, the company has often declined to bid since the start of the year due to soaring prices.

According to a survey in the spring by Tokyo-based Japan Real Estate Institute, nearly 70% of investors said domestic property prices are "reaching their peak." Yasuo Kono, chief strategist of LaSalle Investment Management, warned that "the rise in prices is nearing an end." The average land price in commercial areas in Japan rose 0.5% in July from a year earlier.

According to CBRE, a Tokyo-based real estate services company, the expected yield on office buildings in Tokyo's Otemachi district declined to 3.55% in July, the lowest level since the survey began in 2003.

It is now hard to make a profit by focusing only on large properties, which are usually the easiest to manage. "We have to expand our scope of searches to smaller properties," said Kazuyoshi Kashiwazaki, executive director of Tokyu REIT.

According to a Daiwa Securities estimate, the total value of property purchased by domestically listed REITs between April and September fell by half versus the same period a year ago to 443.2 billion yen ($3.97 billion) as of Sept. 15. Most industry officials agree that the real estate boom has fizzled.

The same trend can be observed in financing the construction of new buildings for rental apartment management companies. Loans for new apartments are rapidly declining "Our clients remain very cautious," said one construction company executive.

When an apartment building is erected, the appraised value of land falls below what it was when it was an empty lot. Taking advantage of this odd phenomenon, financial advisers tell land owners across the country to put up apartments as a way to generate a write-off on inheritance taxes. This has created a glut of apartment buildings, and many units sit empty.

"Both sellers and buyers are balking as they worry about not being able to make as much profit as they expected," said the official.

The number of rental houses built in July fell 3.7% on the year, marking the second straight month of declines. New lending to individuals for apartment construction fell 15% on the year in the April to June quarter, according to the Ministry of Land, Infrastructure, Transport and Tourism.

Investment money that cannot be absorbed domestically is heading overseas. Japanese property developer Mitsubishi Estate in June opened a fund to invest in office buildings and commercial facilities in other parts of Asia and Australia.

The fund will "provide the option of investing in overseas real estate for domestic life insurance companies, pension funds and other entities that are suffering asset management difficulties," said Tetsuji Arimori, the company's executive vice president.

With three years to go until the Tokyo Olympics, land prices appear to be peaking out.