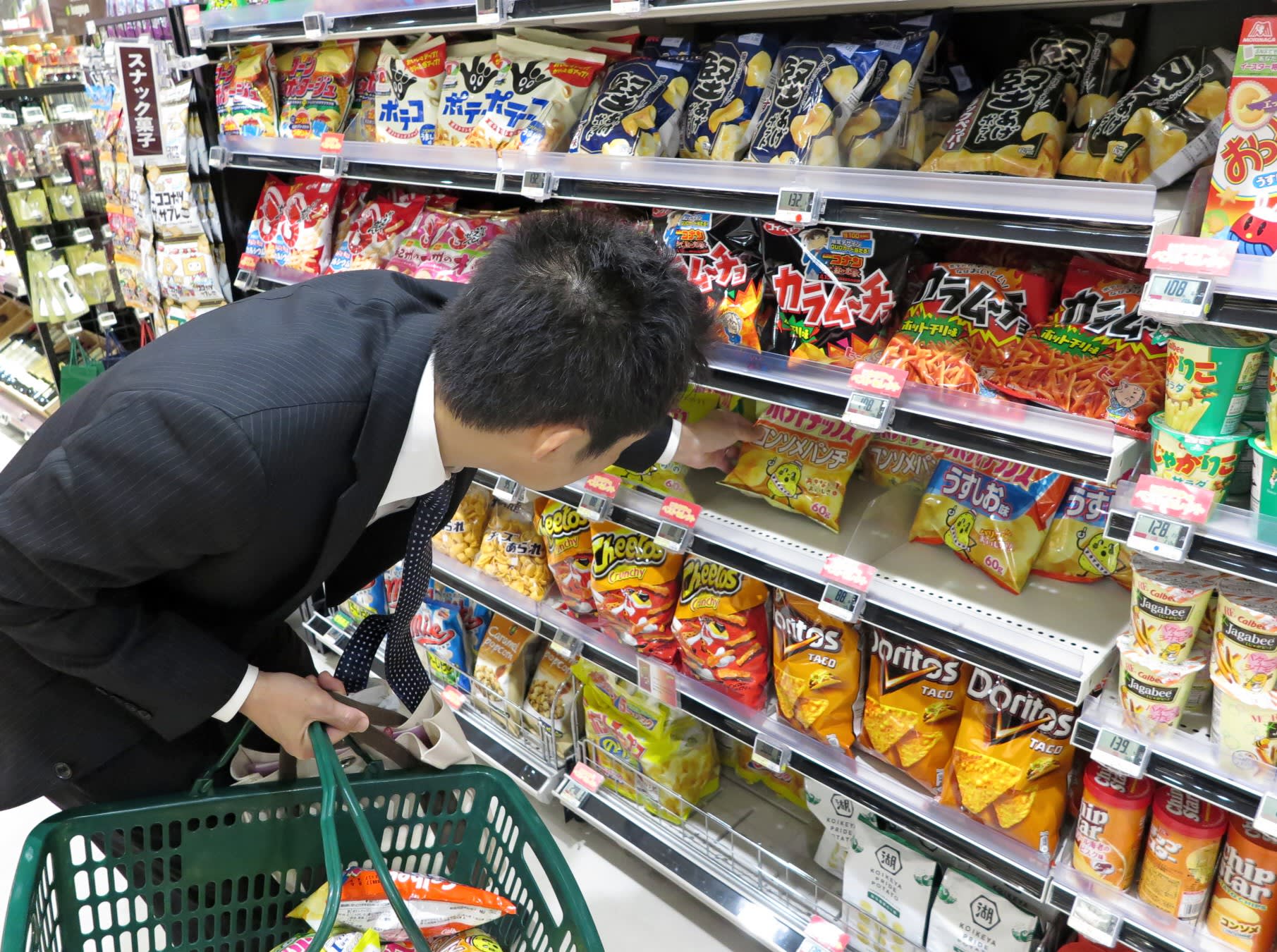 TOKYO -- Japan's potato chip shortage is rapidly developing into a crisis, with consumers rushing to stock up on what little is left in supermarkets and manufacturers struggling to find fresh supplies.

Dwindling stocks at snack makers are the immediate cause of the crisis after a poor harvest of autumn potatoes in Japan's northern island of Hokkaido. Spring potatoes are not due to arrive until late May.

Chips require a particular type of potato that is different from regular table varieties and retains color when cooked.

For many in Japan, there is a certain sense of deja vu. In 2014 and 2015, the country was hit by a shortage of another basic food item -- butter -- due to falling milk production, also in Hokkaido. The shortage intensified as confectioners increased production in the run up to Christmas, leaving little available for consumers.

Both crises have brought the country's trade policies into focus. Japan's agricultural products market is a relatively closed shop for many products, including butter and potatoes.

Tokyo frequently voices concern about the protectionism espoused by the Trump administration, but, when it comes to agriculture, there may be an element of the pot calling the kettle black.

The two largest potato chip makers in Japan -- Calbee and Koike-ya -- stopped selling many varieties in early April and say they do not know when they can resume.

Snack makers do import potatoes, but the problem is the difficulty of importing fresh potatoes under Japan's onerous quarantine system. The government argues that the dirt on fresh potatoes could carry pests and pose a risk to Japanese farms.

Imports of fresh potatoes only began in 2006, under pressure from the U.S., a major potato exporter.

It is not just potatoes that are in short supply. At Calbee's plant in Hiroshima, where snacks are made with American potatoes, there are not enough workers to keep production running at the level required to meet demand.

In Hokkaido, few farmers want to grow potatoes, which they say require seven times more care than wheat. Growing potatoes is also a labor intensive process that many of Hokkaido's aging farmers shun.

But the shortage has already caught the attention of U.S. farmers, and it may not be too long before we see a tweet or two regarding Idaho potatoes.