Part of plan to boost public transport use by 50% 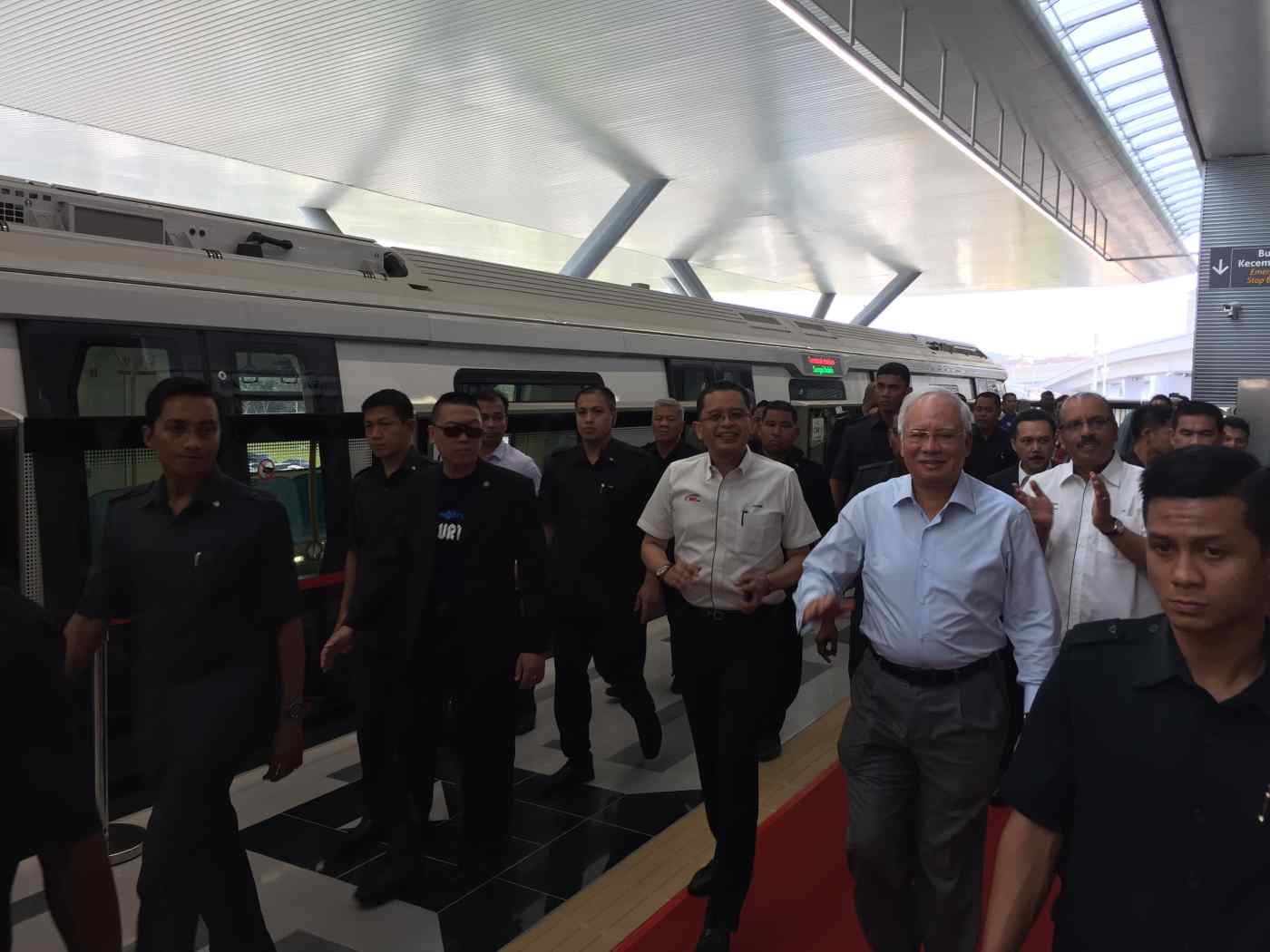 The mass rapid transit line -- or MRT -- reflects Malayasia's emphasis on infrastructure to drive growth as the country strives for its goal of becoming a high-income economy in 2020.

"The MRT project will elevate Malaysia to become a developed nation with a network of modern and efficient public transport," Prime Minister Najib Razak said at the opening ceremony.

The project is part of a government initiative to increase use of public transport 50% by 2020.

The MRT was built in five years at a cost of 21 billion ringgit ($4.7 billion) -- 2 billion ringgit lower than the original projection. It runs from the northeast suburb of Sungai Buloh to the southeast suburb of Kajang, passing through the center of Kuala Lumpur in a 9.5km underground stretch. That section was built by a local consortium involving leading construction companies MMC Corp and Gamuda.

The driverless line is equipped with four-car trains with a capacity of 1,200 passengers per train. It runs on a frequency of 3 1/2 minutes with an average speed of 70kph. Ridership is estimated to reach 400,000 people a day.

Thursday's launch involved the first phase, with 12 out of 31 stations completed. The final phase is due to be finished by July.

"Before this, public transport in the country has not been prioritized," said Najib, suggesting that his predecessor Mahathir Mohamad put too much emphasis on the Proton national car. Malaysia rolled out the national car project in 1985, about the same time that Singapore embarked on MRT initiatives.

Malaysia has also started construction of a second MRT line, while a third is undergoing feasibility studies. Separately, it has announced plans to build a high-speed line from Kuala Lumpur to Singapore, as well as train service to the east coast of peninsular Malaysia.

Besides the MRT, there are also two light rail transit lines, a monorail and intercity commuter train services connecting the capital and its outskirts.