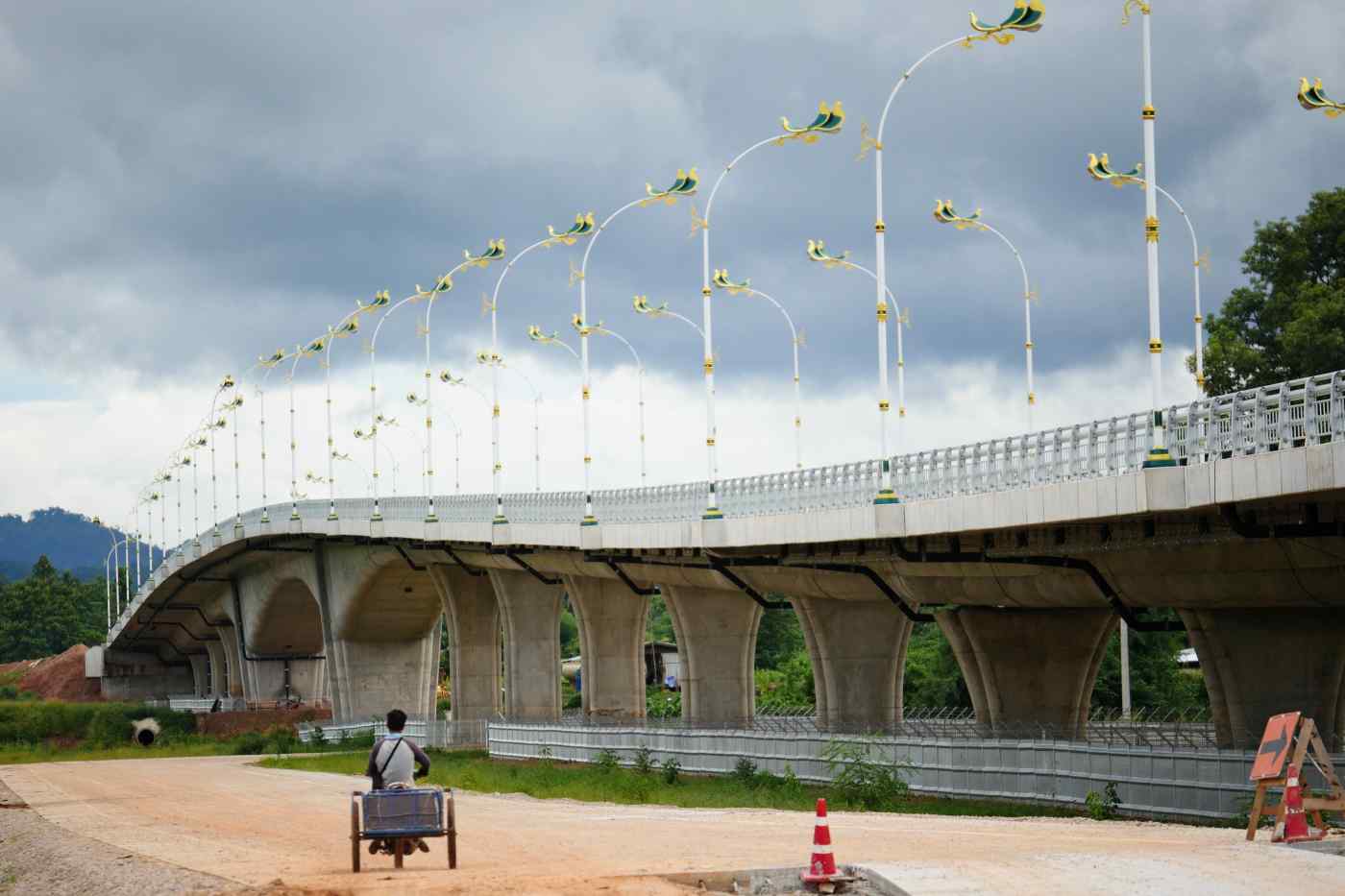 BANGKOK -- Southeast Asian countries around the Mekong River are accelerating the improvement of transnational distribution networks, via such hard infrastructure as bridges and roads as well as "soft" measures that include abolishing intraregional tariffs.

A focal point of the work is the system of "economic corridor" highways spanning the region. The Southern Economic Corridor, linking such cities as Vietnam's Ho Chi Minh City and the Thai capital of Bangkok, is a major artery in this network. Construction sites continue to pop up along the route, and demand for cross-border logistics is seen growing rapidly. 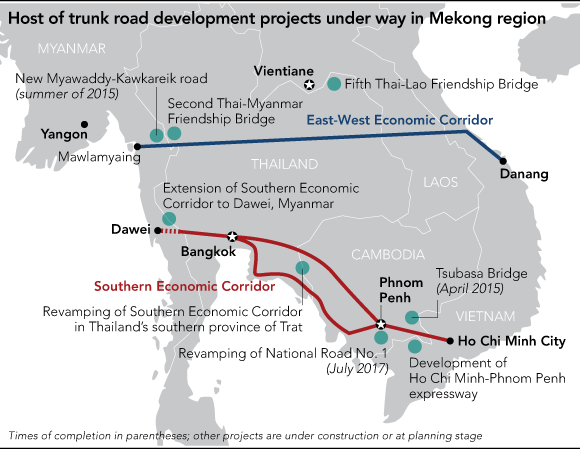 A 12-year repair effort wrapped up this July on a 56km section of the Southern Economic Corridor linking the Cambodian capital of Phnom Penh to a bridge over the Mekong River to the east. Travel time was halved to around 50 minutes via widening and other improvements, according to the Japan International Cooperation Agency.

Work is also proceeding on major logistical routes emanating from the industrial center that is Thailand. A second Thai-Myanmar Friendship Bridge opening by 2019 will link Mae Sot, in western Thailand, to eastern Myanmar's Myawaddy. There are also plans for a fifth bridge across the Mekong River between Thailand and Laos.

Intraregional trade continues to expand as the countries' economies grow and infrastructure strengthens. The value of Thailand's trade with the other four countries in the region, including nonland transport, more than tripled over a decade to $31.8 billion in 2016.

Logistics companies, reacting to the spread of industrial locations and improvement of roads, are also stepping up cross-border trucking services. Japan's Nippon Express this year began offering consolidated transport between Bangkok and Hanoi on fixed schedules.

Mekong on the rise

The five countries of the Mekong region, sometimes called "continental ASEAN" in reference to the Association of Southeast Asian Nations, have a combined population of about 250 million. The region's nominal gross product doubled over the decade ended last year.

Construction on the economic corridors kicked off around 2000. The three main sections -- East-West, Southern and North-South -- were completed by the launch of the ASEAN Economic Community in 2015. Planned improvements include expanding the roads to four lanes to unclog traffic and preparing them for higher speeds.

Intraregional tariffs will be eliminated for Cambodia, Laos, Myanmar and Vietnam by next year. In 2015, Myanmar became the last of the group to finish ratifying the region's cross-border transport agreement, which promised to simplify logistics and customs procedures. Hopes are high that upgrades to both hard and soft infrastructure will accelerate the economic integration of the Mekong region.