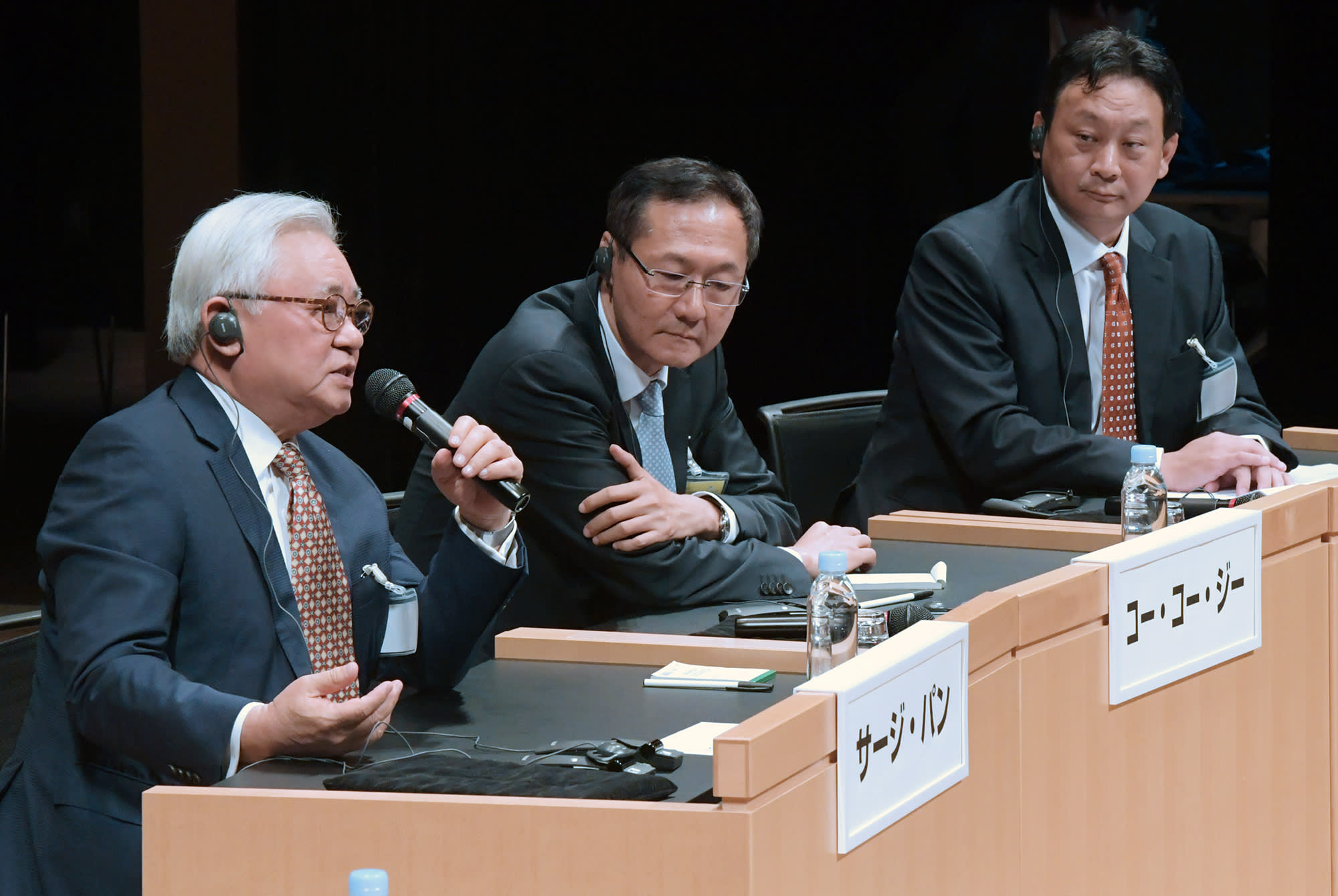 TOKYO -- Even as more Japanese companies are eyeing the growing business opportunities in Myanmar, the young country and its more than 50 million people are in need of help in developing human resources in addition to infrastructure, a fact emphasized by several prominent businessmen from the country, speaking at a seminar on Monday in Tokyo.

"Even relatively large companies like us are having issues with human resource development. So smaller businesses must be facing even more challenges," said Ko Ko Gyi, managing director of food and real estate conglomerate Capital Diamond Star Group, at the Myanmar Economic Seminar organized by Nikkei Inc. Around 600 Japanese business leaders and investors took part in the event.

In a panel discussion titled "New Era of Myanmar Business," Ko Ko Gyi said, "This is something I would like to request the Japanese government to do more," pointing to the third-largest economy's experience and knowledge in vocational training.

Myanmar economy is projected to grow by an average of over 7% in the next three years, according to the World Bank, making the country among the fastest growing economies in Asia. While Japanese businesses are eager to ride the wave, those with bases in Myanmar share the same concerns regarding the need to further develop the local talent base.

Takayoshi Nakatani, managing director of the local subsidiary of the Japanese logistics firm Fujitrans, said Myanmar has an abundance of hardworking, young people, but lacks manager-level workers capable of leading the local staff.

"Like us, many Japanese companies are looking for such workers, but the reality is that talent acquisition has been a challenge," Nakatani said. "[The workers'] potential is extremely high, so we must train them over time with a long-term perspective that we are all in this together. For the moment, the situation is extremely tough."

Another speaker who sees the potential of Japan's support is Serge Pun, chairman of Serge Pun & Associates, a major local conglomerate and the parent company of the Singapore-listed Yoma Strategic Holdings. He said that even in the service industry, Myanmar has much to learn from Japan, as rising incomes expand the more affluent middle class.

"I think there is so much to learn and so much opportunity, [especially in] your food industry, particularly the value-added last mile," he said. "[Myanmar has] all the raw materials that you need to produce those beautiful Japanese confectioneries like biscuits and sweets, yet we don't know how to make them. That could be a really big business."

Meanwhile, Myanmar government is pushing regulatory and policy reforms to bring more foreign investment into the country, said Set Aung, deputy minister for national planning and finance. He played a key role in creating special economic zones, including the Thilawa special economic zone on the outskirts of Yangon.

"We are trying to create a favorable, predictable and friendly climate [for investors]. We have to assure investors that there is policy stability and transparency," Set Aung said in his keynote speech. To help create the necessary physical infrastructure, he said the government will continue to enhance its one-stop support center for swift approvals.

"What do we expect from investors?" he asked the audience. "In the long term, we expect our investors to transfer technology to our people."