Neighbors may not welcome Thailand's SEZs

BANGKOK -- The Thai government is eager to promote special economic zones planned for the country's border provinces, but the move could compromise broader efforts at regional integration. 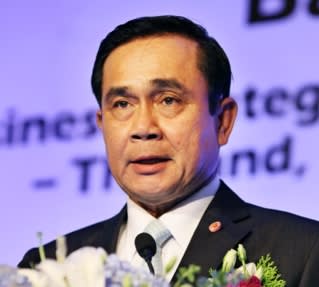 The SEZs, which will offer corporate tax exemption and other incentives to encourage foreign investment, are aimed at achieving balanced economic development across Thailand, according to the government. The Association of Southeast Asian Nations, meanwhile, is working to establish the ASEAN Economic Community by the end of this year. The AEC envisions the free flow of goods, money and people among member countries -- with the benefits of development to be shared evenly among them all.

Prime Minister Prayut Chan-ocha, speaking at a July 6 conference in Bangkok sponsored by The Nikkei, said the zones will initially focus on high-potential areas and that any interested businesses will be welcomed. Some 10 candidate sites have been selected for SEZs. The two zones slated to get off the ground first are in northern Tak Province, close to the Myanmar border, and in Sa Kaeo Province, along the border with Cambodia.

Business sectors to be introduced in the area include agriculture, fisheries, clothing, textile, furniture, medical equipment and autoparts. Businesses investing in the zones will receive preferential treatment, including corporate tax breaks, for up to 13 years.

The Thai government expects the SEZs will improve the rural economy and expand border trade, which currently comes to 900 billion baht ($26.3 billion) per year.

But the program must be evaluated from both sides of the border. One of its more controversial aspects is that foreign workers will be allowed to commute to the zones from their home countries.

"If the Thai SEZs attract young workers, other countries will suffer manpower shortages," said a factory manager for a Japanese business operating in Laos.

Given the wage gap between Thailand and its neighbors, such a scenario is not unlikely.

According to the Japan External Trade Organization, the statutory minimum wage in Thailand is roughly $214 a month, much higher than that in Laos, at $111, and Cambodia, at $128. In Myanmar, negotiations are underway to finalize the rate at around $60 to $70.

There are other implications, too. The combination of relatively affordable labor and special treatment in Thailand could discourage businesses from investing elsewhere in the region. Other countries, able to attract investment only from companies with labor-intensive operations seeking cheap wages, would find their own development stymied as a result.

The attempt to establish the AEC places particular emphasis on promoting the development of countries in the Mekong region, including Thailand and its neighbors. But if the relatively more advanced Thailand looks after its own interests alone, friction in the region will likely grow.