Developers see vast opportunities in lands made accessible by transit 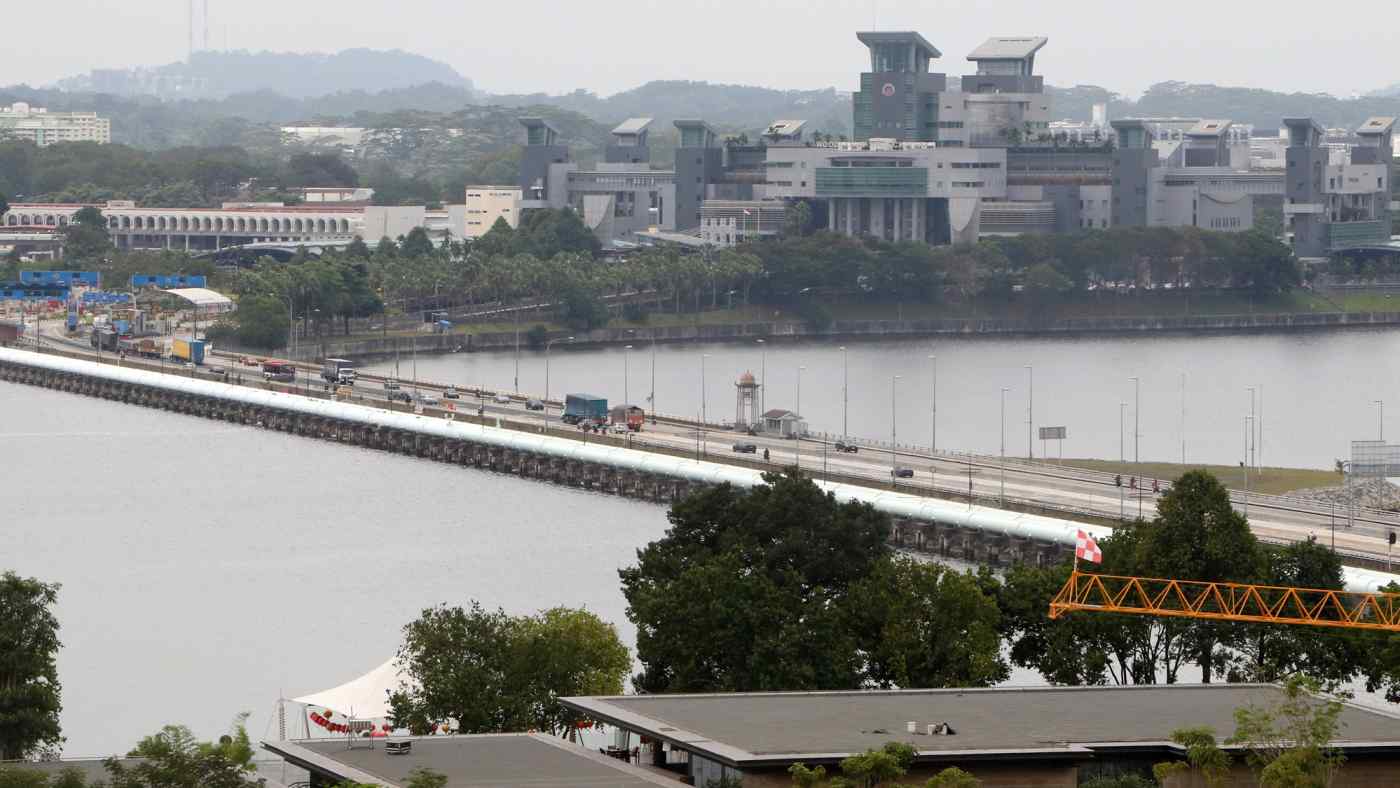 SINGAPORE -- A Singapore-Malaysia commuter rail link set to open as soon as 2024 and a high-speed line coming two years later will unlock rich opportunities for state-of-the-art urban development nearby, putting this city-state at the heart of a transnational commercial center.

A rail link between the southern Malaysian city of Johor Bahru and Singapore will help transform the surrounding area into a commercial hub that will draw in business from across Asia, said Lawrence Wong, Singapore's national development minister, on July 31. Ministers announced that day that the Johor Bahru-Singapore Rapid Transit System is expected to be running by the end of 2024.

The roughly 4km line will carry up to 10,000 passengers hourly in each direction, and will let commuters connect to Singapore's municipal rapid transit system, known as the MRT, at its terminus, once that system is expanded. Immigration procedures will be completed once, when passengers board the trains.

General Electric of the U.S. will provide the line's signal system as part of its push for railway orders in Asia. GE has already supplied Indian Railways with a number of locally built diesel locomotives.

Singaporean public transit operator SMRT and Malaysian peer Prasarana Malaysia are to run the project through a joint venture. SMRT also intends to take part in a high-speed rail line connecting Singapore and the Malaysian capital of Kuala Lumpur that is set to open in 2026.

If Singapore has its way, these new rail links will allow it to grow further by effectively linking the city-state and Malaysia in a broad metropolitan area as commuters and commerce move freely between locations in the two nations. Malaysia hopes the new connections will encourage businesses to settle in Johor Bahru and the surrounding region.

Singapore is Southeast Asia's unchallenged commercial capital, home to financial institutions and corporate research and development centers. But the city-state's economic growth slowed markedly in recent years, not least because it is running out of land for new housing, factories and corporate offices.

Currently, some 400,000 people travel between Singapore and Malaysia each day over two cross-border bridges. This includes a growing number of commuters living on the Malaysian side, now that the countries have introduced simplified immigration procedures.

This swelling tide has led to intense congestion at peak times, when crossing one of the 1km bridges can take more than an hour. The rail link is expected to open the door to even more commuters.

It will also bring intense development at either end. A host of housing, commercial facilities and university buildings are already under construction in Singapore's Woodlands neighborhood, where the rapid transit line will terminate, as well as in the city's Jurong section, the terminus of the planned high-speed link to Kuala Lumpur.

Plans are even more ambitions on the Malaysian side, where companies including Japan's Mitsui & Co. are planning a high-tech "smart city" near the high-speed line. The trading house will bring cutting-edge technology such as solar power in addition to real estate development expertise, and will ultimately help manage energy use in the finished development. Once Mitsui hones these skills in Malaysia, it hopes to put them to work in other smart-city developments across Southeast Asia.

Singapore's direct investment in Malaysia more than quadrupled between 2000 and 2015, according to the government here. More robust transit links could make the countries' economic ties even stronger, to the benefit of the region as a whole.

The high-speed rail line is expected to be fought over by Japanese and Chinese contractors when bidding begins later this year. Japan hopes to offer technology used in its shinkansen bullet trains and development services around stations on the line as a package deal. China, meanwhile, hopes to make the project part of its Belt and Road Initiative to develop regional economic ties through infrastructure exports.

There is even more business to be had as Southeast Asian nations expand rail systems at home. Singapore is in the process of adding to its MRT system, in part to connect with the incoming transnational lines. The final phase of the Kuala Lumpur area's first mass rapid transit line opened to riders in July, and two more lines are either under construction or in the planning phase. A railway linking cities on Malaysia's east coast to a major port on the west coast is also in progress.

Such initiatives are a boon to the construction industry, according to Maybank Kim Eng, a Malaysian securities company, due both to the work involved in the lines themselves and demand for development in areas granted new access to urban centers. Since Bangkok's latest transit line opened in August 2016, areas surrounding that city have seen a surge of new housing and commercial development. Contractors hungry for Southeast Asian business are already fighting to meet similar demand as other projects fall into place.