HANOI -- Cambodia, Laos, Myanmar and Vietnam are no longer getting the kid-gloves treatment in the ASEAN Economic Community.

As late entrants to the Association of Southeast Asian Nations, the four countries were initially exempted from abolishing some tariffs when the bloc established the AEC at the end of 2015. As of Monday, however, they are fully integrated members of the community -- with all that entails. Now, the AEC is expected to pursue deeper economic integration by lowering nontariff barriers and relaxing investment rules. In the final four countries, the transition is eliciting a mix of excitement and anxiety among government officials, corporate managers and workers.

"I have more hopes than concerns," said Le Nguyen Hoa, vice chairman of Nutifood, a private Vietnamese dairy company. "The free-trade zone will create a free zone for business activity, eliminating all kinds of nontariff barriers and opening new opportunities for a larger market, while [also] creating more challenges and competition." 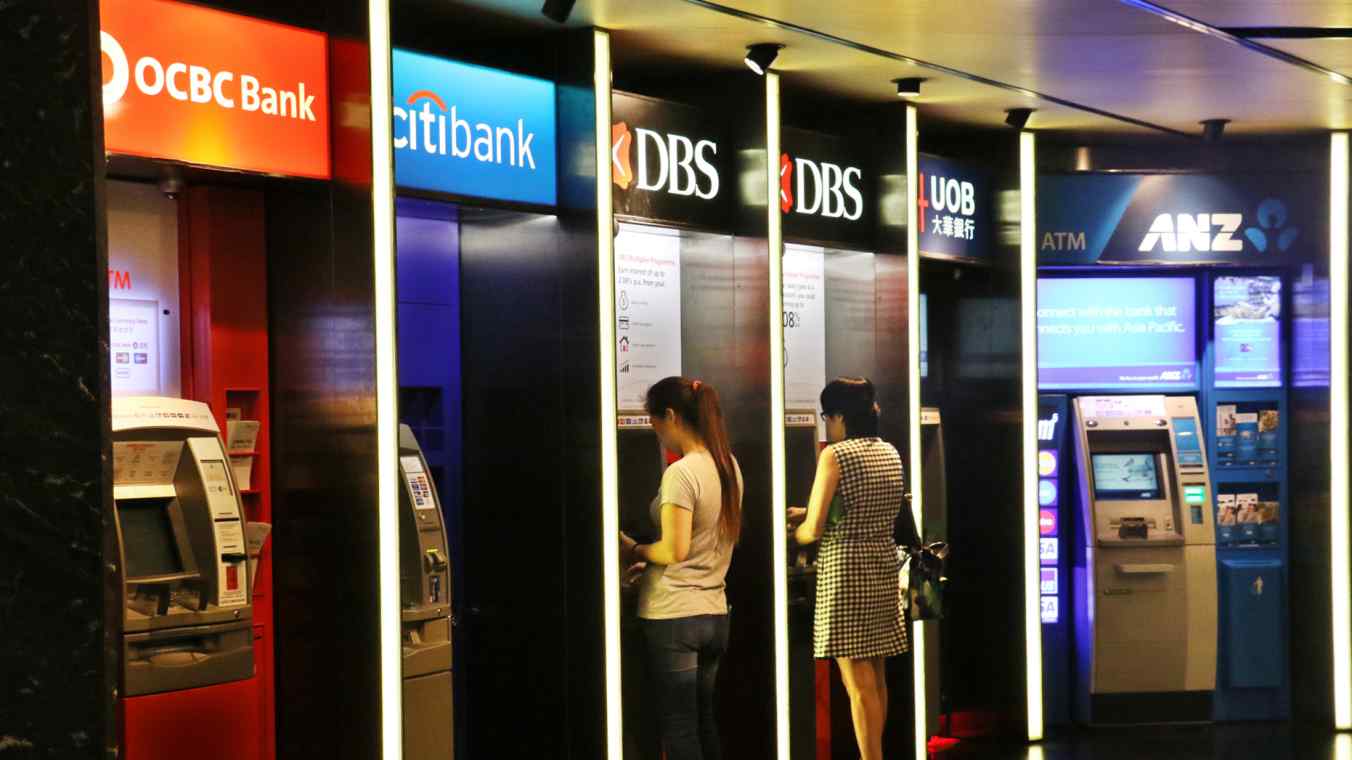 Making the AEC work will take better banking for all

Tran Van Tu, a taxi driver in Ho Chi Minh City, also sounded hopeful. "Consumers will have more choice to use imported products with affordable prices, instead of depending on Chinese products in the new era."

But there is also a palpable sense of nervousness in Vietnam -- the largest of the four newly integrated nations, with a population of nearly 100 million. Pham Tan Vu, a staff member in the quality control department of food processing company Cholimex, spoke of feeling "more concern than hope, because when the market is open, products from other countries in the region will flood the market, such as things from Thailand."

Over in Myanmar, the sentiment on the ground is much the same. "It will be tough unless both the public and private sectors have as comprehensive a plan to go along with the AEC," said Aung Naing Oo, who serves as director general of Myanmar's directorate of investment and company registration. "There are positive and negative issues." 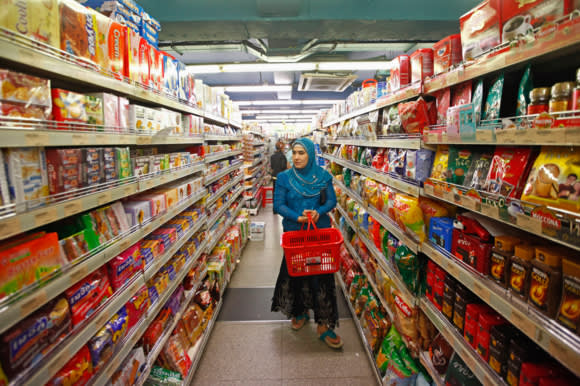 A supermarket in Yangon: Myanmar's full integration into the AEC has eliminated tariffs on various food products.   © Reuters

Try Yorn, who works for a private company in Cambodia, seemed to lean toward the positive camp. "With the integration of the AEC, the movement of goods will make the market bigger, and consumers will have more variety of good-quality products with better prices. In the short term, some Cambodians may lose their jobs, but we can also learn new skills from our ASEAN colleagues."

In forming the AEC, the 10 ASEAN members agreed to scrap all tariffs, barring certain sensitive items like rice. When the AEC was formally established two years ago, the first six ASEAN states -- the Philippines, Malaysia, Singapore, Thailand, Indonesia and Brunei -- immediately followed through.

The four latecomers were allowed to maintain tariffs on some less-sensitive products until January 2018. Still, as of the end of 2015, the quartet had done away with levies on about 91% of all items, according to the Japan External Trade Organization.

For items subject to the grace period, the intraregional tariffs were mostly 5% or lower. So the end of the grace period does not mean import prices will fall dramatically across the board. There is a glaring exception, however: cars in Vietnam. "The influence of the intraregional tariff cuts this time on the four late-joining countries will be limited overall, but the automobile market in Vietnam may be greatly affected," said Koji Sako, a senior economist at Mizuho Research Institute. Vietnam, where more than 300,000 cars are sold annually, abolished its 30% tariff on passenger vehicles.

Vietnam may well end up importing more cars from Thailand and Indonesia, where Japanese, U.S. and European automakers run large plants. Retail prices of imported vehicles in Vietnam are expected to drop by at least 10-20%, according to a major dealer in Hanoi.

Knowing the price drop was coming, many Vietnamese consumers put off buying cars. New car sales fell 10% on the year to 245,000 vehicles in the January-November period of 2017.

Local manufacturers plan to counter the anticipated influx of foreign cars by slashing their own prices. Major domestic automaker Truong Hai Auto intends to cut prices on some models made under contract for South Korea's Kia Motors and Japan's Mazda Motor by anywhere from $170 to $926, starting in the busy Lunar New Year period in mid-February. Toyota Motor Vietnam plans to reduce prices of hot-selling models, including the Vios and Camry, by $1,000 to $2,500.

To help keep the domestic industry humming, the Vietnamese government decided to ax the 10-30% tariffs it was charging on imported autoparts. As of Monday, those levies no longer apply to parts for nine-seater, 2-liter cars or smaller vehicles -- a range that covers 70% of new cars sold in the country.

There are some conditions attached -- such as emissions regulations, production numbers and local content requirements -- but a number of manufacturers are still likely to benefit.

In another move that speaks volumes about the trepidation in Vietnam, the government has erected what appears to be a nontariff barrier. The policy, called Decree 116 and put into force on Monday, requires auto importers to submit quality certificates from the transportation authorities in the countries of origin. Foreign manufacturers are obliged to prove their ability to recall defective products. Alarmed, the Vietnam Automobile Manufacturers' Association had asked Mai Tien Dung, the head of the government office, and other officials in December to postpone the enforcement for six months because it would make imports difficult.

Who's on the move

In any case, opportunities in Vietnam are hardly confined to the auto industry. The country's average age of 29 and growing middle class make it an appealing investment destination. In December, Thai Beverage purchased a majority stake in Saigon Beer-Alcohol-Beverage, or Sabeco -- a state-owned company and Vietnam's largest brewer -- for about $4.85 billion through a local unit. 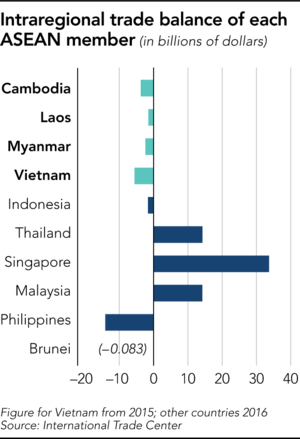 The AEC's latest milestone may prompt other investors to pick up the pace.

Of course, Vietnamese companies are not only playing defense. They, too, are branching out across the bloc.

Vietnam Military Telecommunications Group, known as Viettel, moved into Myanmar in January 2017 after expanding into Laos and Cambodia. And Hoang Anh Gia Lai Group, a Vietnamese property developer, opened a complex in Yangon in 2015.

Companies in the other ASEAN latecomers are also keen to broaden their horizons. Pharma Product Manufacturing, Cambodia's largest drugmaker, is thinking about moving into Laos and Myanmar. "By thinking regionally, Cambodians can be well-prepared for the competition brought about by the integrated AEC and can maximize the opportunities from this integration," President Hay Ly Eang said.

The foursome's brisk economies may give the AEC a welcome jolt, at a time when Singapore, Malaysia and Thailand are struggling with sluggish growth, aging populations and labor shortages.

"ASEAN's economic integration will advance further from 2018 on," said Hiroshi Kobayashi, director of the Asia and Oceania research division at JETRO. He added that business expansions into Cambodia, Laos and Myanmar -- which all border Thailand -- will be "particularly conspicuous."