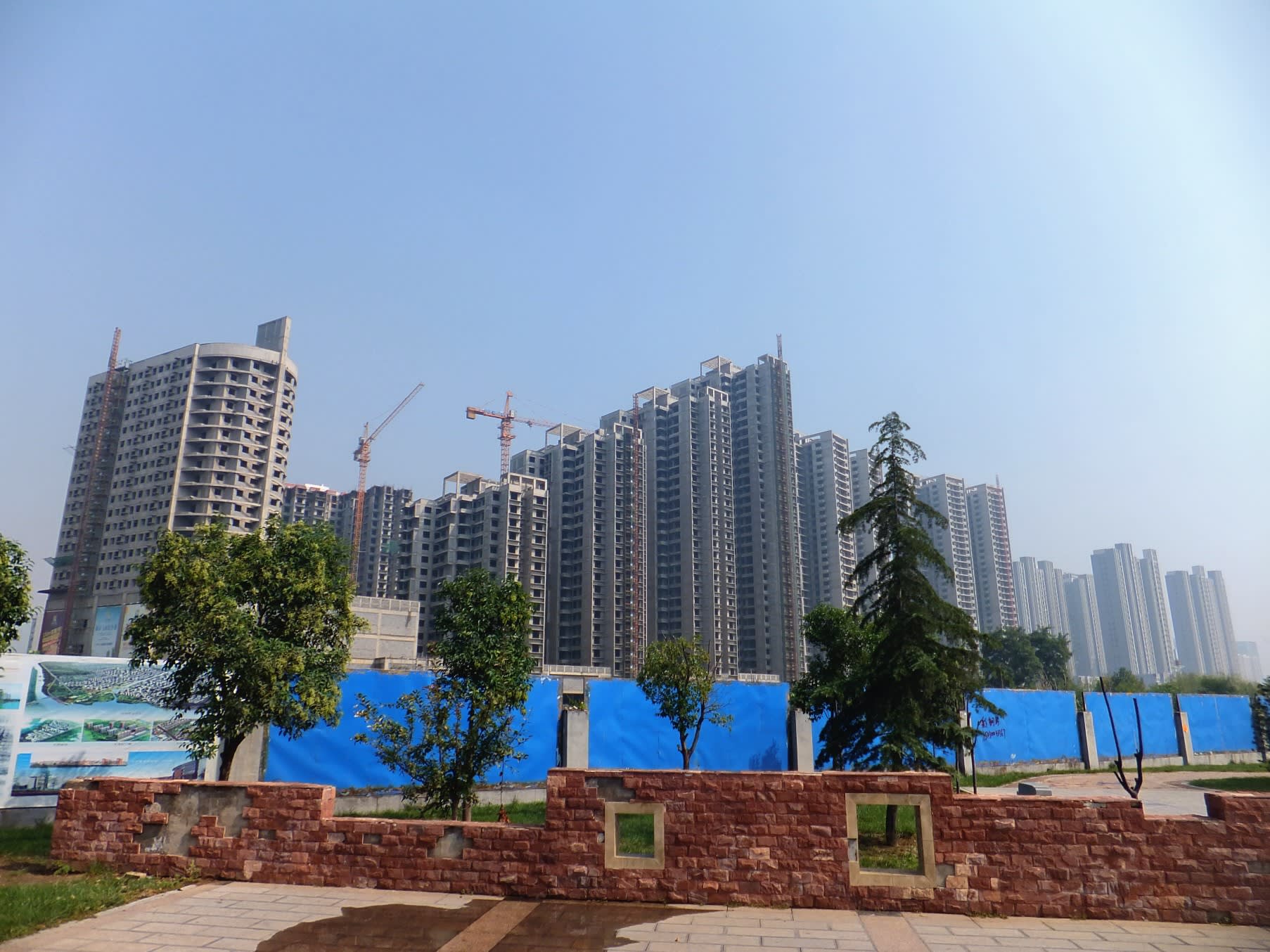 BEIJING -- Even as China's economic growth sank to the lowest level in more than five years, Beijing policymakers remain cautious about rolling out major stimulus measures, leaving China watchers concerned about the impact on the global economy.

China's gross domestic product increased just 7.3% on the year in the July-September period, the slowest pace since the first quarter of 2009, with the sluggish real estate market slamming on the brakes.

In the first nine months of this year, home sales dropped 10% in value. Lower sales and mounting inventory dampened new investment, pushing down spending growth in property development to 12.5% for the period, down 1.6 percentage points from the January-June half.

Manufacturers with excess capacity took a direct hit, with the increase in industrial production slowing 0.3 percentage point from the January-June term to 8.5%.

Since the start of the year, the prices of reinforcing steel -- used to build condominiums and other structures -- have fallen about 20% to some 1.5 yuan (24 cents) per 500 grams, roughly the price of Chinese cabbages.

"Chinese cabbages are doing better because they sell," lamented a steel wholesaler in Chengdu, Sichuan Province. "We may have to shut down the business."

Still, the government is hesitant to put forward a major stimulus package in light of the steady labor market. In the nine months through September, 10 million urban jobs were created, already achieving the annual target.

With logistics and other service businesses expanding along with the scale of the economy, the labor market will likely hold steady even as economic growth slows.

President Xi sees the current pace of growth as a "new normal," seeking a soft landing after a period of high inflation to realize sustainable growth.

Premier Li Keqiang also sees 7.5% or so as a reasonable target for this year, noting a slightly lower level is acceptable.

Xi will call a meeting in December to discuss economic policies for 2015. The new growth target -- to be announced at the National People's Congress in March -- will likely be set around 7%, says a member of the Communist Party of China.

The financial market has gained confidence in Xi's frequent, smaller policies to bolster the economy. But with the possibility that growth could slow more sharply than expected, and given the potential impacts of such scenario, all eyes are on how the government will pursue a balance between structural reforms and stable growth.