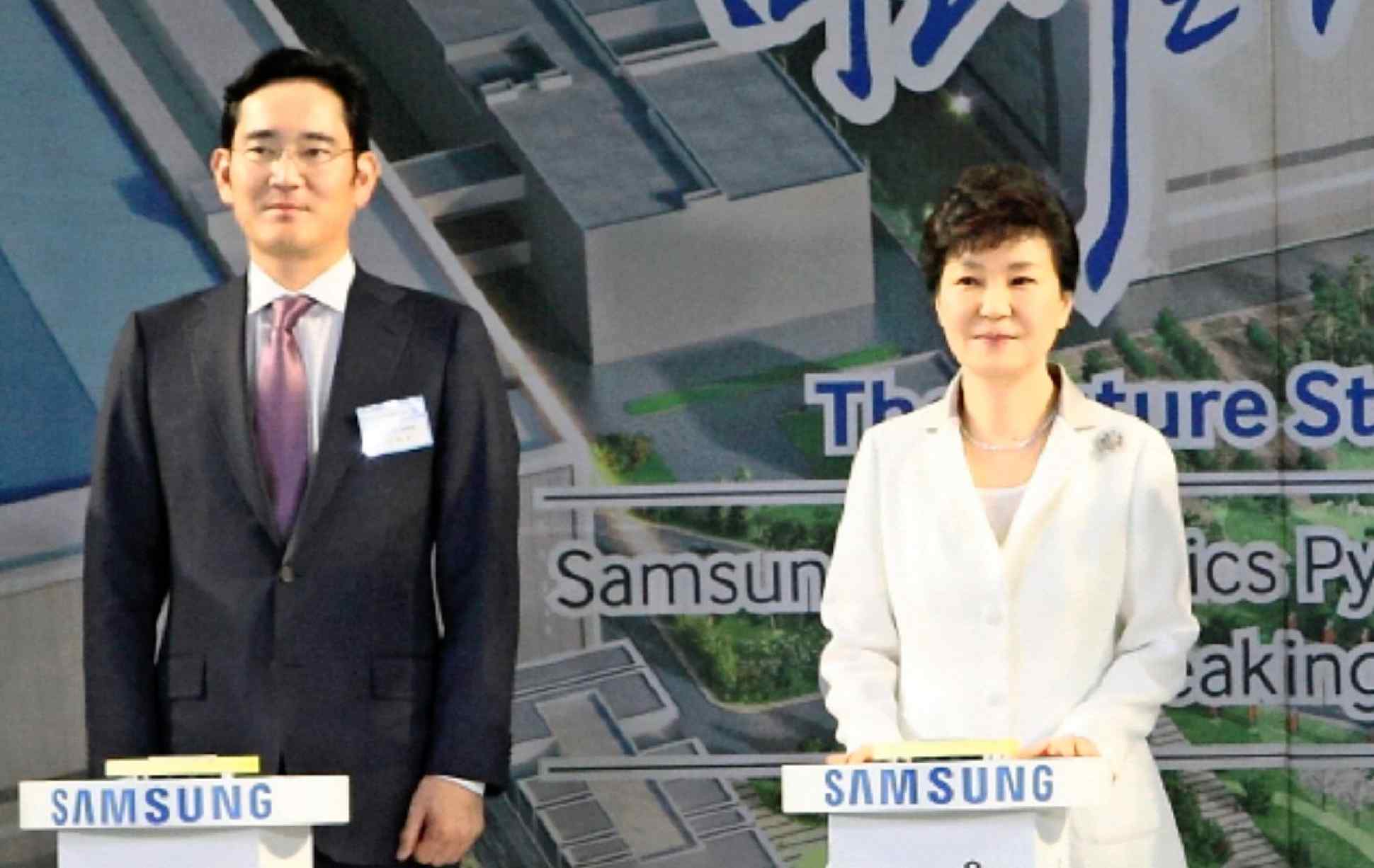 SEOUL -- The arrest of the Samsung group's de facto head and the suspension of President Park Geun-hye over a sprawling corruption scandal have left South Korea's political and business realms leaderless in the face of pressing economic, diplomatic and security concerns.

An editorial posted Sunday on the English-language website of China's state-run Xinhua News Agency warned of potential retribution against South Korea's Lotte Group for providing a site for an advanced U.S. missile defense system. The Defense Ministry plans to install the Terminal High Altitude Area Defense system on a Lotte-owned golf course in the southern county of Seongju.

The South Korean conglomerate "has over 150 branches in China in the retail sector alone," the editorial noted, adding that losing Chinese customers "would be a very large slice out of [Lotte's] business pie."

"The right decision would be for Lotte to defer or reject the deal," it argued.

South Korean Foreign Minister Yun Byung-se assured Chinese counterpart Wang Yi on Saturday that the battery is intended only as a defensive measure to protect against ballistic or nuclear missiles from North Korea. Yun also requested that China lift restrictions on the economy, personal exchanges, culture and art.

Pyongyang has produced a steady drumbeat of provocations for the past several years, and South Korea is directly exposed to the threat posed by its northern neighbor's nuclear and ballistic missile development.

It remains unclear whether Hwang Kyo-ahn, the prime minister and acting president, would be willing to respond to a localized conflict like the 2010 shelling of the island of Yeonpyeong by ordering a counterattack even at the risk of a nuclear attack by Pyongyang. Some worry about whether troops on the ground would obey such an order.

Being stuck with an acting president also makes it tougher to arrange a summit with the U.S., on which Seoul relies for security. Michael Flynn, with whom officials from the president's office and the Foreign Ministry met on numerous occasions, is no longer President Donald Trump's national security adviser. South Korea cannot shake off the sobering thought of the U.S. going over its head to launch a preemptive attack on -- or bilateral talks with -- North Korea.

For now, Park's absence is most keenly felt in the delicate area of relations with Japan, which have frayed again over the installation of a statue of a girl symbolizing wartime "comfort women" outside the Japanese Consulate in Busan late last year. Park, who reached a 2015 deal with Tokyo to resolve the comfort women issue, would have been able to get the statue removed, a diplomatic insider said.

The economic situation looks little better. The number of people employed in South Korea shrank by about 480,000 between December and January, with not even big businesses proving immune. The unemployment rate among those aged 15 to 29 reached a record high of 9.8% last year. Real gross domestic product growth is expected to keep languishing in the 2% range, with forecasts calling for 2.5% growth this year and 2.8% in 2018.

Samsung, South Korea's largest conglomerate, is a dominant force in the economy, accounting for 12% of sales and 30% of operating profit in the manufacturing sector.

"The organization built by Chairman Lee Kun-hee is solid, so there's no concern about existing businesses, but there's uncertainty over investment in new businesses," a South Korean securities analyst said. In particular, spending on new fields with an eye toward coming societal shifts, such as artificial intelligence, could slacken.

Though few expect a severe turn for the worse within the next year or two, delays on acquisitions and new investment could dent Samsung's competitiveness in the global arena. That would likely weigh on the South Korean economy.

Looking at the economy more broadly, industries that drove growth for many years -- shipbuilding, ocean freight, steel, construction and chemicals -- have withered to the point that the government has designated them as structurally vulnerable and in need of drastic restructuring and realignment.

Hanjin Shipping, once a leading container shipper, is set to be liquidated. Cash-strapped Daewoo Shipbuilding & Marine Engineering is downsizing via large-scale layoffs and asset sales.

"The problem now facing the South Korean economy lies with the exhaustion of the real economy," argued Kim Sang-jo, an economics professor at Hansung University. "That nothing can be done despite the need to press ahead with reform is a problem."