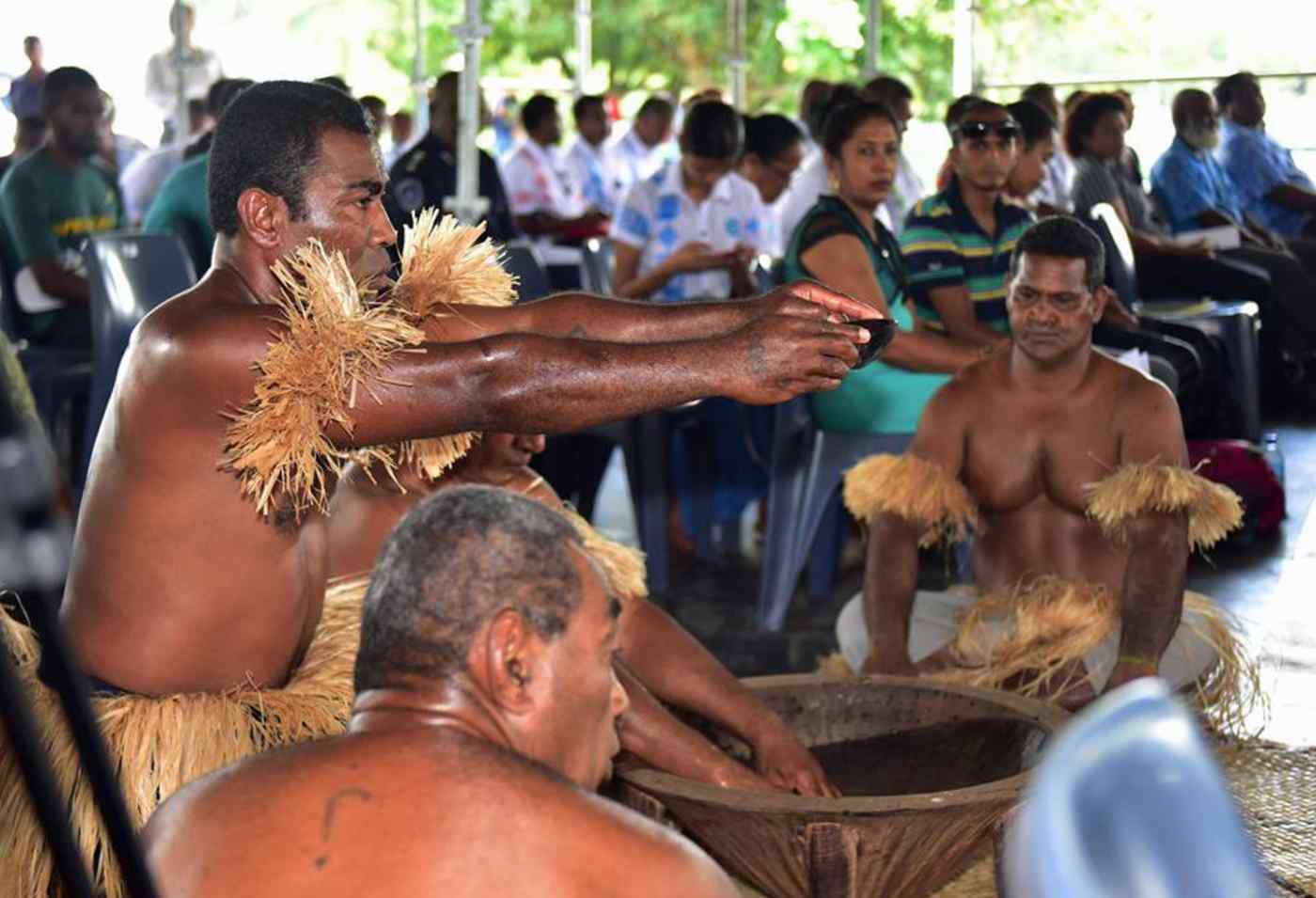 AUCKLAND -- The cost of kava, a muddy and mildly narcotic beverage once reserved for Pacific Island chiefs, has quadrupled in some markets, prompting politicians to consider price controls. But in rural areas in the island states, earnings from the kava boom are changing lives for the better.

Kava, usually made from the root of piper methysticum, a modern cultivar of a native western Pacific shrub, has risen in popularity around the world. In the Pacific Islands, the mouthwash-tasting liquid was traditionally made in a ceremony in which the roots were pounded and mixed with water. The mixture was then offered in a coconut shell.

These days, kava is widely available in a powdered form that can be mixed with water and consumed in much the same way as beer. In places such as Tonga, "kava circles" are major gathering points for men, while kava is sometimes used in the West as a natural alternative to synthetic drug treatments for conditions such as insomnia and anxiety. 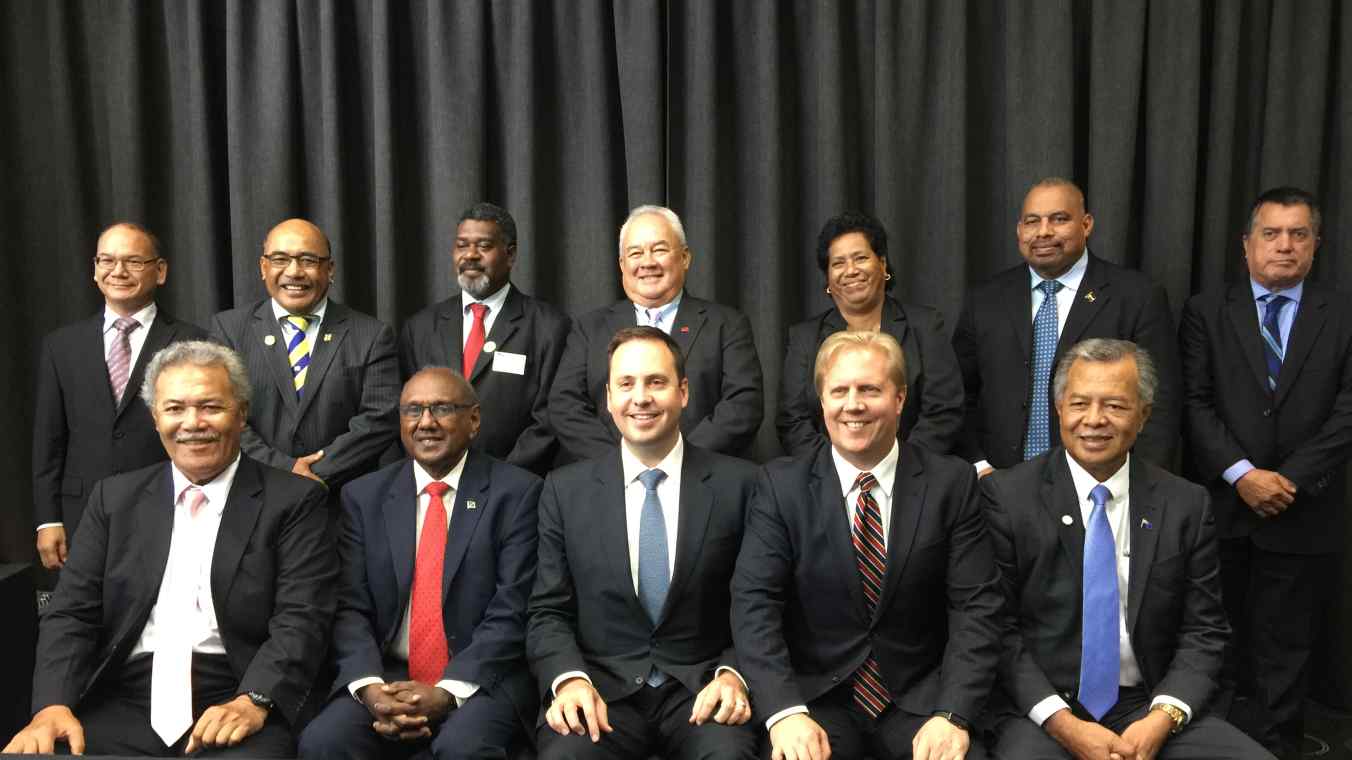 Kava bars have also sprung up in some U.S. cities, including New York, San Francisco and Austin, Texas, helped by a World Health Organization judgement in 2015 that kava made from piper methysticum is not toxic to the liver, as had been claimed.

The U.S. retains official advice on the potential health consequences of kava consumption, but the WHO ruling has also prompted the removal of controls on imports and sales in other countries, including Germany, Canada and parts of Australia.

Rising demand from overseas has coincided with a supply squeeze caused by smaller crops in Fiji and Vanuatu over the last two years following cyclones. As a result, prices have soared. In Suva, the Fijian capital, 1kg of kava cost 30 Fijian dollars ($14) a year ago; in late May, the same quantity was selling for 140 Fiji dollars, an increase of 367%. One retailer said he expects the price to reach 300 Fiji dollars later this year.

Michael Louze, owner of South Seas Commodities, a leading Vanuatu exporter, and chairman of the country's Kava Industry Group, said the country's combined revenues from exports and domestic sales of kava were now higher than those from tourism.

Louze said some farmers were using kava earnings to finance their children's education, while kava earnings had funded a solar power "revolution" for much of the rural population, who were excluded from the national electricity grid.

"Most of the new [Toyota] Land Cruisers sold in Santo [Island] in the latest month have been paid for in cash with kava money," he said, adding that a Land Cruiser costs the equivalent of about 1,500 tons of raw kava.

Rob Erskine-Smith, an agribusiness specialist at Australia's University of the Sunshine Coast, and an adviser to Pacific Horticultural and Agricultural Market Access, an Australian trade facilitation initiative co-funded by New Zealand, said that high prices might attract new growers elsewhere in the Asia-Pacific region, although Fiji and Vanuatu had already gained first-mover advantage.

"Returns are as high as $118,000 per acre [after four years], and this is much higher than competing crops," Erskine-Smith said. "I believe it offers Fiji the best horticultural opportunity the country has ever seen." An acre is equivalent to about 0.4 hectares.

Erskine-Smith dismissed efforts to control the soaring cost of kava. The Tongan parliament debated price controls in February, although no action has yet been taken, while in parts of Fiji, police have enforced movement controls to prevent theft and the harvesting of immature crops. In April, Papua New Guinea authorities seized and destroyed 170kg of kava, claiming that the quantity exceeded the 1kg permissible for personal use in the country. PHAMA says that 30,000 Vanuatu households grow kava, while a further 3,000 earnt an income from the trade last year. Vanuatu's exports are worth about $10 million a year, making the crop its third largest export commodity after copra and timber. In Fiji, 21,000 farms grow kava worth $31 million a year. Most is consumed locally, but exports are valued at around $3.6 million a year, PHAMA statistics show.

Top-quality or "noble" kava takes four years to produce, prompting fears that the price surge will tempt farmers to switch to a faster-growing but potentially toxic alternative known as "tudei," which is produced from the root of piper wichmanii, the native shrub from which piper methysticum was developed. The native shrub is easier to propagate and faster growing than the modern cultivar.

Tudei, so-called because its consumption is said to lead to two days of unpleasant health effects, is also said to contain chemicals that could lead to liver failure. It is not usually consumed in the islands, but has been exported by growers trying to satisfy demand.

Vanuatu introduced an export standard on March 1 intended to block tudei exports, but it is not yet clear whether the regulation has had any impact. In July, the government will submit draft regional proposals to the Codex Alimentarius in Geneva, proposing a regional standard for all kava exports, together with a legal definition of kava. The Codex Alimentarius, or Food Code, is part of a global food standards program run by the WHO and the Food and Agriculture Organization, both United Nations agencies.

Louze said it was important to implement standards to eliminate worries about kava consumption. "Presently anyone can import anything and call it kava, so if there is an issue, kava as a whole will be blamed," he said.

Roy Mickey Joy, Vanuatu's ambassador to the European Union, warned his government in a letter published in January that tudei sales in the West could destroy the kava market. The warning followed claims by Mathias Schmidt, a German pharmacist and kava advocate, that some Vanuatu exporters were exporting tudei to the U.S. Roy said Vanuatu needed to halt such exports "before the next catastrophe happens."

Erskine-Smith said export standards were "critically important," noting that liver-damaging compounds could also be introduced into noble kava if too much bark was ground into the powder. Setting standards would ensure that offenders could be penalized, he said.

Meanwhile, kava is being blamed for health problems of a different kind among rural farmers in Fiji, whose earnings from kava production are said to be leading to a harmful change in diets. "What we have seen is that people receiving this huge amount of money, some have moved away from eating fresh homegrown food or fresh fish ... to buying canned stuff or processed goods," Medical Officer Ravaele Kelekele told the Fiji Times.