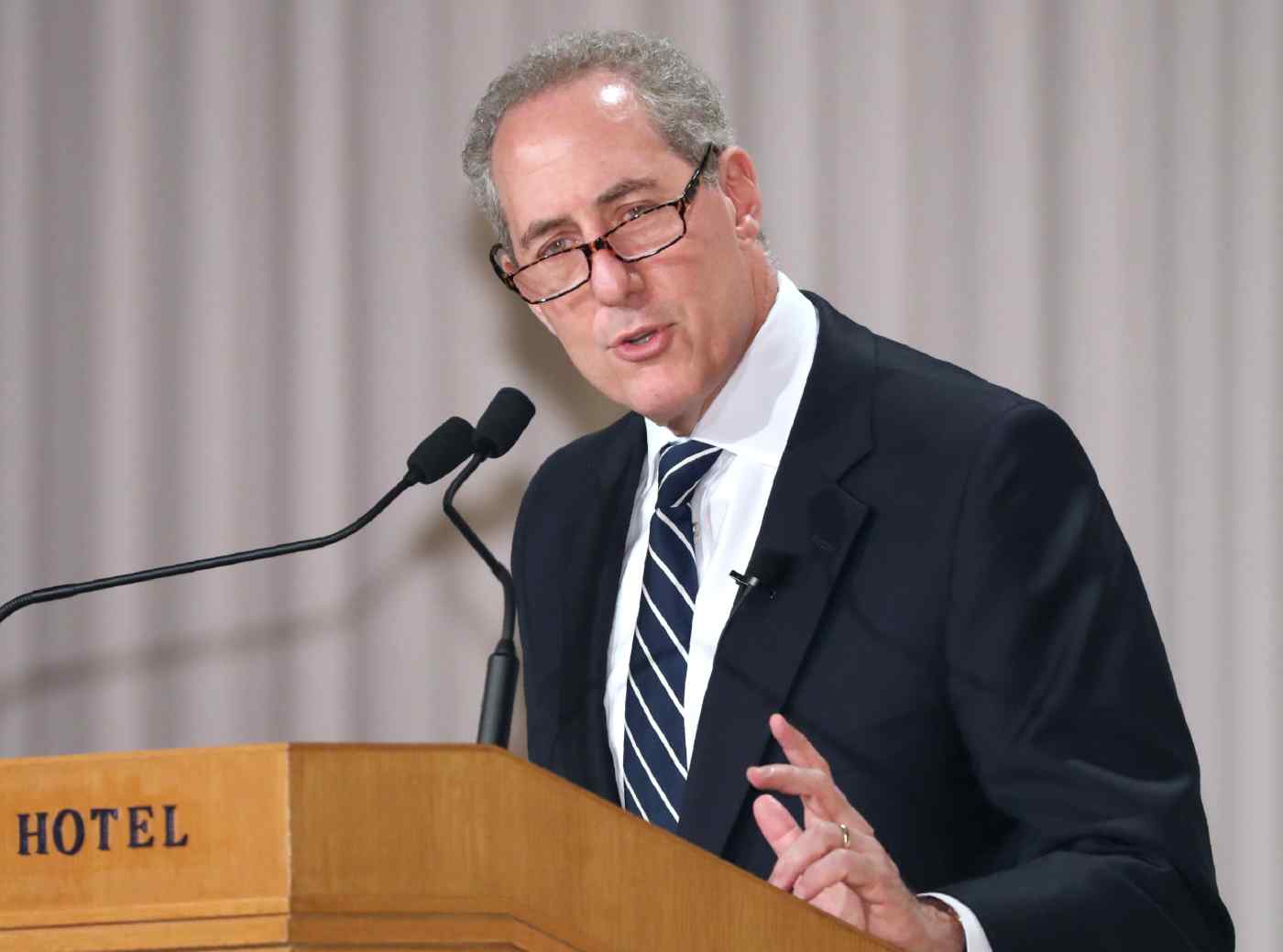 TOKYO -- President Donald Trump may have pulled the U.S. out of the Trans-Pacific Partnership free trade pact, but the accord may still serve as a guide for future trade agreements, says former U.S. Trade Representative Michael Froman.

"It's possible that the U.S., among other countries, will look to what we agreed to in the TPP as they negotiate or renegotiate other agreements," Froman said in a keynote speech at a symposium organized by The Nikkei on Tuesday.

He cited as an example the North American Free Trade Agreement, which Trump has said he would like to renegotiate with partners Canada and Mexico. Froman said a number of members of Congress have talked about adding provisions on labor, the environment, state-owned enterprises and the digital economy, "all of which were part of the TPP."

Froman is now a distinguished fellow at the Council on Foreign Relations, a U.S. think tank.

The Trump administration has criticized some multilateral trade agreements as being a "disaster" for the U.S. economy. Froman conceded that deals such as the TPP are far more complicated than bilateral agreements, "But they allow for multiparty trade-offs and multiparty payoffs."

"A bilateral negotiation may appear simpler, but it's not necessarily easier," he said. "It has more of a zero-sum dynamic. One of the challenges for the Trump administration is whether it would able to translate concessions already secured through plurilateral negotiations into separate bilateral agreements."

On the future of the TPP, Froman remained optimistic that the pact will come into effect despite the absence of the U.S. "I remain optimistic that we'll see the good work we collectively did to define high-standard rules" and that the deal will "make its way into effect, in one form or another."

Added Froman: "It's possible that some or all of the other 11 TPP countries will continue to go through their domestic procedures to approve the agreement and bring the agreement into force among themselves, and even potentially with some new additional countries."

The former trade official said Japan, as the world's third-largest economy, has a particularly important role to play in global trade. "As we saw in the TPP, Japan could play a leadership role in defining and advancing the rules of regional and global trade -- particularly at a time when the U.S. might be pulling back in doing so."