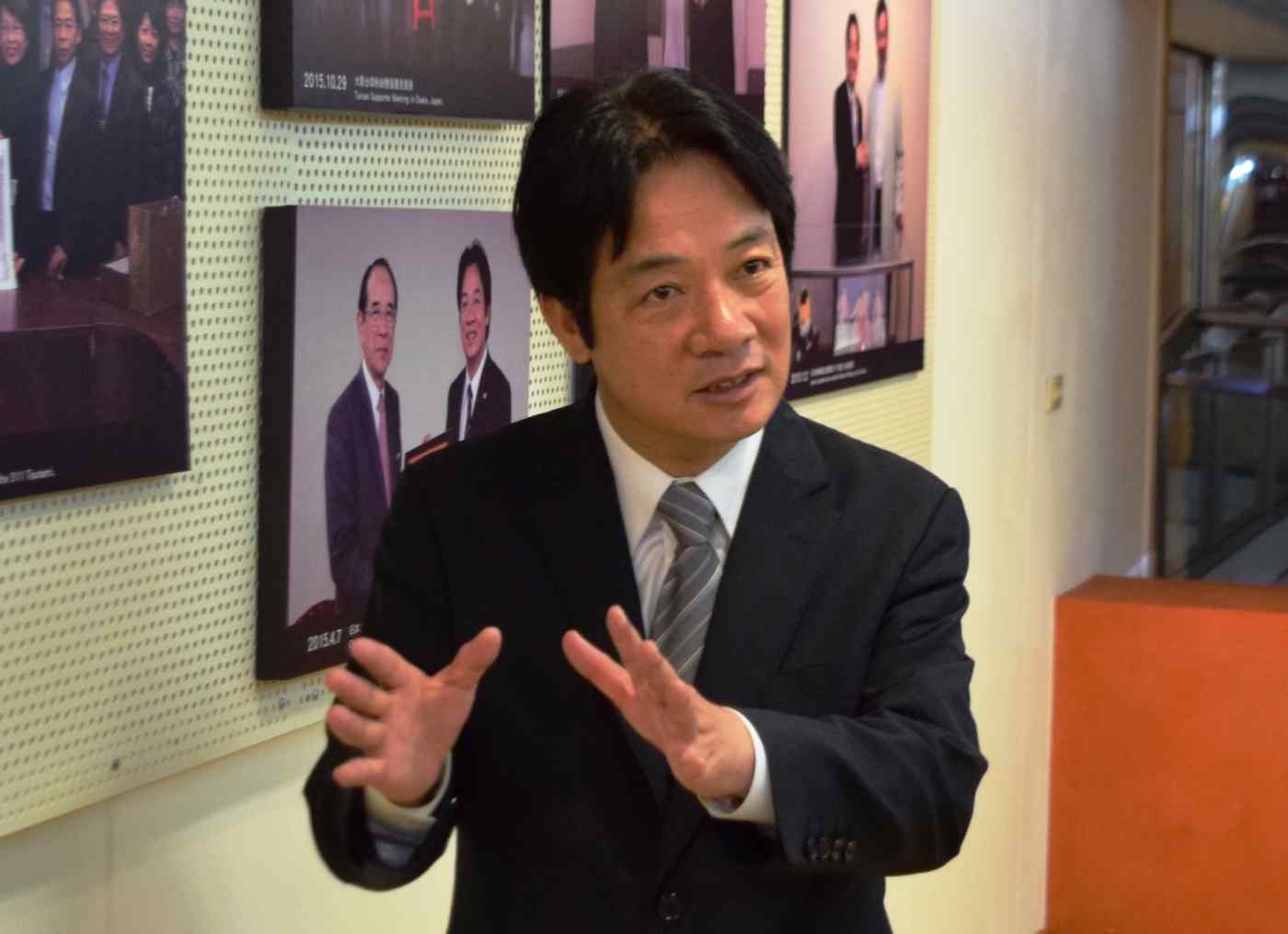 TAINAN, Taiwan -- China's move to reduce the number of its citizens visiting Taiwan will cost it the trust of the Taiwanese people and hurt bilateral ties, Mayor William Lai of the southern Taiwanese city of Tainan said this week.

Taiwanese media reported in March that Chinese officials had urged travel companies to curtail group tours in retaliation for the election of Tsai Ing-wen as Taiwan's president. She is also the leader of the DPP.

"China is treating tourism, an economic issue, as a political one, and its maneuver to allow Chinese tourists to travel only to Taiwanese cities with mayors who support the '92 Consensus' will cost them significantly," Lai told reporters at a group interview on Tuesday.

"China's insistence that Taiwan has to recognize the '92 Consensus' first before bilateral ties can move forward will only cost them the Taiwanese public's trust toward Beijing and undermine cross-strait relations," the mayor said.

Lai was referring to a highly controversial directive that China sees as Taiwan's commitment to eventual unification between the two sides. Tsai so far has refused to bow to Beijing's demand to recognize the "92 Consensus," championed by Tsai's predecessor, China-friendly Ma Ying-jeou.

On the other hand, China's top political advisor, Yu Zhengsheng, told a group of visiting Taiwanese mayors affiliated with Ma's Nationalist Party in Beijing on Sunday that as long as they stand by the "92 Consensus" they will continue to enjoy economic boons bestowed by Beijing, including the continuing arrival of mainland tourists, according to China's official Xinhua News Agency.

The mayors' trip came on the heels of a mass rally in Taipei on Sept. 12 with roughly 10,000 tour operators protesting against the decreasing flow of Chinese visitors, demanding that Tsai improve relations with Beijing.

Taiwanese Premier Lin Chuan announced in early September that the government would help the local tourism sector by attracting more visitors from countries other than China and offering 30 billion New Taiwan dollars ($955.5 million) in low-interest loans to tour operators for them to improve services and products.

Tainan, known for its historical sites from the Dutch and Japanese colonial eras, has a robust tourism sector. It is some 310 kilometers (192 miles) south of Taipei, the capital.

Lai said that his city continues to welcome Chinese visitors like travelers from any other country. He also has been aggressively promoting Tainan to countries other than China to boost the local economy and tourism. He will visit Japan later this month to market Tainan and boost bilateral ties.