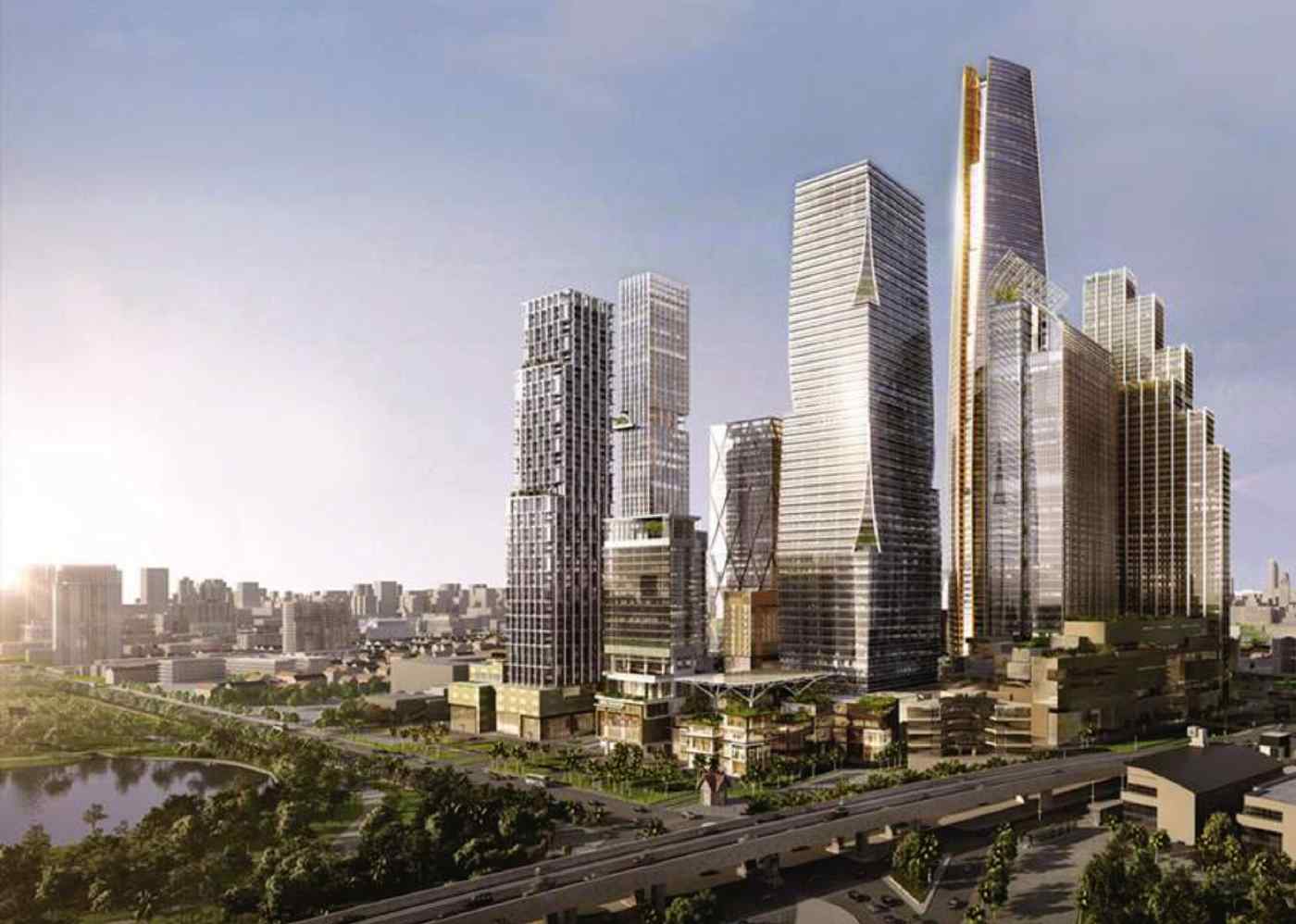 BANGKOK -- Thailand's monarchy has been opening up prime pieces of real estate in this bustling capital to a series of major urban redevelopment projects, drawing a flood of domestic and international investments amid concerns of a property bubble.

TCC Group, the family-owned conglomerate known for brewery subsidiary Thai Beverage, sealed a deal with the Crown Property Bureau to lease a plot in the heart of Bangkok for up to six decades. The space will house One Bangkok, the nation's largest-ever private redevelopment project, valued at 120 billion baht ($3.6 billion).

The vast mixed-use complex will cover 167,000 sq. meters along Witthayu Road, an area home to Japanese, U.S. and British embassies as well as luxury hotels. That prime location drew redevelopment proposals from 21 bidders.

Five office buildings, five hotels, three condominiums and a shopping mall will take over the location, which used to field a Thai boxing stadium and a night market. The complex, which starts opening in 2021, is expected to accommodate at least 60,000 workers and residents.

Meanwhile, hotel operator Dusit International has joined hands with Central Pattana, a property development unit of retail giant Central Group, to close the grand old Dusit Thani Bangkok hotel and replace it with a 36.7 billion-baht mixed-use project that is to include a new Dusit hotel and shopping mall. In extending its property bureau lease for the land, Dusit was able to gain an additional 8,000 sq. meters of real estate.

The property bureau itself is participating in the redevelopment boom through fully owned subsidiary Siam Sindhorn. Its first project, an 89,600-sq.-meter hybrid facility, is set for full completion in 2019.

Siam Sindhorn opened a condo at the site earlier this year, which the company says contains interior furnishings and utilities from across the globe. A 30-year lease commands an average of 240,000 baht per square meter, about twice the average going rate for Bangkok's city center. Siam Sindhorn has begun marketing the development to investors in China, Japan and Western nations.

Thailand's monarchy possesses about 1.4 trillion baht worth of assets, according to one estimate. The holdings are among the world's largest for a royal family and include 10 sq. km of land. The bureau owns 10 sq. km in Bangkok alone, mainly in the city center.

The assets are managed by the Crown Property Bureau, an entity that has recently come directly under the king's control. The bureau is legally defined as a juristic person and not a government agency, although it has no tax obligations. Its rental income and dividends from shareholdings in major Thai companies are used to fund the monarchy's rural development projects and other activities.

Typically, the bureau would rent the land cheaply to small shop owners and members of the lower class.

It also holds shares in the Siam Cement Group and Siam Commercial Bank, both of which suffered mightily from the Asian currency crisis that hit two decades ago and temporarily ceased paying dividends. To recoup the losses, the bureau began moving to more fully monetize its property holdings. The shift is also being encouraged by the buoyant property leasing market.

Bangkok's real estate values have surged recently, and average land prices are projected to climb 4% this year, according to Area, a property appraiser. Prices in the city center are poised to jump by double digits, aided by development tied to the monarchy's property.

A black market has even emerged where preferential rights to prime condo units are resold for hundreds of thousands of baht. Meanwhile, buildings just outside the heart of the city, even those near train stations, have high vacancy rates.

A similar divergence is occurring in real estate markets elsewhere in Southeast Asia. Over the past year, office lease rates in Ho Chi Minh City and Manila have trended upward while those in Singapore and Jakarta have sank, according to Jones Lang LaSalle, an American real estate servicing company. Singapore authorities are attempting to rein in overheated property prices, while Jakarta has excess space.