Thailand can rise as regional business hub in post-Brexit era 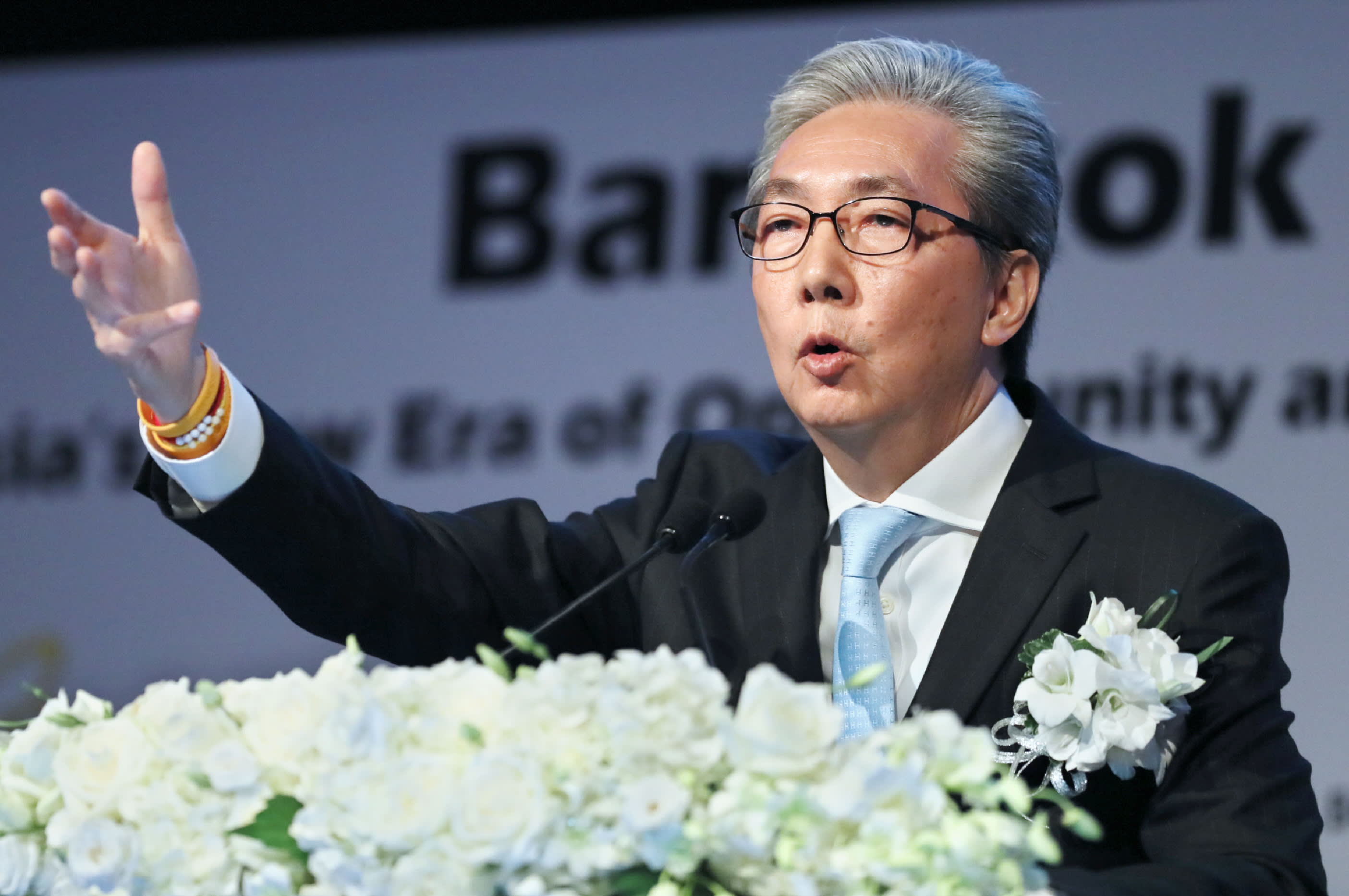 Somkid stressed the importance of pursuing trade deals and pacts such as the Trans-Pacific Partnership and the Regional Comprehensive Economic Partnership to take advantage of the "chance for Asia" following the turmoil in Europe. For Thailand's part, he pledged to spearhead development of the ASEAN subregion of Cambodia, Laos, Myanmar and Vietnam (CLMV) to achieve regional growth.

Speaking at an event titled "Asia's new era of opportunity and cooperation -- Thailand as new Asian business hub," jointly held by Nikkei and The Board of Investment of Thailand, Somkid argued Thailand can be a regional business center by leveraging its geographic position and rich human resources.

"Thailand wants to be an economic hub to develop along with CLMV, which would translate to ASEAN's development as well," he said. To fast-track regional economic growth, he told some 400 in attendance that the Thai government will be launching a 100 billion baht ($2.83 billion) infrastructure fund, which he said the cabinet will pass in two weeks. He also revealed his plan to connect the securities markets with CLMV countries to improve the corporate fundraising environment.

To explain the potential of Asia going forward, the deputy prime minister said: "Asia will be driven by four engines -- China, Japan, South Korea and India," and insisted ASEAN could be another engine that complements the four big engines to boost regional economic growth. He pointed out that ASEAN could be the safest option for companies relocating production from Europe due to Brexit.

"By bridging RCEP and TPP, Asia can cement its position as the economic gravity center of the world," Somkid said. The TPP and RCEP are often painted as rival trading blocs. While the U.S. and Japan have led the TPP talks, China is not a party to that agreement. Spearheaded by China and India, smaller members of the ASEAN are pushing negotiations for the RCEP, which does not include the U.S.

Masashi Imamura, executive vice president and corporate executive officer at Sony, spoke next. He discussed the company's "Thailand plus one" smartphone production plan. The electronics maker strives for a Thailand-centered supply chain, he said. "Core device production and assembly are in Thailand, whereas cost-oriented parts are produced in neighboring countries," he explained. As far as smartphone production is concerned, he said Thailand is behind Vietnam because Korean electronics makers have invested heavily in Vietnam.

"Sony has finally got back to profitability in its core electronics business and is now moving ahead to the next stage to drive investment to provide attractive products," Imamura said. The "Thailand plus one" strategy could play a central role in fighting back against Samsung Electronics.

Kan Trakulhoon, a director at Thailand's Siam Cement Group, touched on the economic ties between Thailand and its neighbors, especially in terms of connectivity. Taking advantage of improved connectivity such as road networks in the region, the company will expand business in Southeast Asia through mergers and acquisitions, he said. He projected that more than half of its employees will be located in the ASEAN region in the future. In Thailand, specifically, he said the company "will focus more on research and development."

The Board of Investment of Thailand (BOI) is focused on attracting R&D investment to the country in a bid to help the economy cultivate industries offering value-added products and services, Hirunya Suchinai, the group's secretary-general, said. She explained the government's recent move amending the BOI law to lengthen the corporate income tax exemption to 13 years from the current eight. The new incentive aims to attract foreign investment in five new industries: industrial robots, aviation, biochemicals and energy biochemicals, digital and medical. 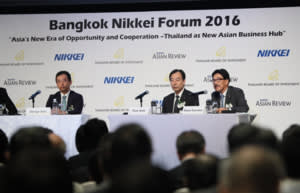 "Thailand has the potential to make high-tech products that neighbors cannot produce," said Masao Suematsu, chief operating officer at Denso International Asia. "We need a strategy that leverages Thailand's strength in this area."

Kozo Saito, managing executive officer at Kao, talked about connectivity with Myanmar. "When the new road to Myanmar's Dawei [special economic zone] opens, our global strategy through Bangkok will change a lot," he said.

When the discussion veered to the Trans-Pacific Partnership, which Thailand has not joined, the CEO of Mitsui's Thailand operation, Shingo Sato, said: "From investors' viewpoint, considering Vietnam and Indonesia have already joined, it is better for Thailand to join too."