BANGKOK -- Thailand's military government wants to regulate the nascent cryptocurrency market, and slap investors dabbling in digital coins with taxes to prevent the expanding sector from being used for money laundering, tax evasion, and other criminal activities.

The move was announced by Finance Minister Apisak Tantivorawong on Mar. 27 after a weekly cabinet meeting.

Under new laws to regulate cryptocurrencies and digital tokens, investors will have to pay 7% value added tax on all crypto trades, and a 15% capital gains tax on their returns.

The latest measures follow the Bank of Thailand's ban in February on local banks investing and trading in cryptocurrencies. That move caused uncertainty among local investors.

Both interventions confirm the cautious and conservative influence that the country's finance policy mandarins continue to exert.

Korn Chatikavanij, a former finance minister and chairman of the Thai Fintech Association, is not surprised by the finance ministry and Bank of Thailand being conservative."But they have to be cautious not to allow their conservative instincts to result in draconian regulations," Korn told the Nikkei Asian Review.

Thailand's crypto businesses are grappling with other growing pains, and Thai entrepreneurs launching new companies by raising capital through initial coin offerings (ICOs) are tending to register their startups in more investment-friendly Singapore.

Six.network, a Thai-South Korean joint venture, is one example. The digital venture, a decentralized financial services platform, is registered in Singapore. On Mar. 27, it announced an ICO in Bangkok with digital tokens to raise $44 million.

Natavudh Pungcharoenpong, a co-founder of Six.network, said his startup was working with a Thai regulator, the Office of the Securities and Exchange Commission (SEC), to avoid any glitches. "The company has already approached the office to constantly clarify the operation to ensure transparency," he told attendees at the ICO launch event at a Bangkok hotel. 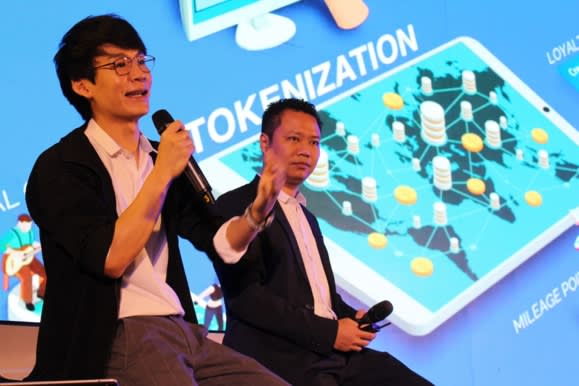 Other digital entrepreneurs have been more cautious. At the end of March, JFin, a Thai venture that had planned to list its digital coins on digital exchanges decided to postpone its listing from early April to early May due to the regulatory uncertainties. JFin coins are being promoted by J Ventures, a subsidiary of SEC-listed Jay Mart, which was the first Thai company to have an ICO. It reportedly raised $21 million during the pre-sale of 100 million JFin digital tokens in less than 60 hours in February.

"We have kept to our timeline to distribute JFin coins to all supporters on April 2, allowing them to trade on international exchanges while they wait a month to trade on local digital exchanges," Thanawat Lertwattanarak, chief executive of the SEC-listed J Ventures told the Bangkok Post, an English language daily, this week.

The uncertainties have not dampened the enthusiasm of prospective investors. Insiders and analysts say regular ICOs, startup meetings, and seminars on cryptocurrencies reflect growing interest. "Last year the crypto market was driven by Thais who were speculators," said Piriya Sambandaraksa, a cryptocurrency educator. He notes that many crypto speculators were burned by the free fall of cryptocurrencies in early 2018.

Thailand currently has six digital exchanges trading 11 cryptocurrencies, including Bitcoin. Cryptocurrencies are also popping up in local commerce. Some shops in high-end shopping malls accept Bitcoins for food and drinks as a marketing device to attract clients.

It was a windfall year for OmiseGo, a Thai startup founded by Omise, a Thai company established in 2013. OmiseGo raised $25 million during its 2017 ICO, propelling it to the front of the country's nascent digital economy sector. Analysts credit this "famous coin coming out of Thailand" for creating a banking platform to conduct financial transactions ranging from payments and remittances to trading and commerce.

There have been similar spikes in cryptocurrency trading in Southeast Asian neighbors like Vietnam and Indonesia, but they have all tended to be overshadowed by Singapore. Much like Switzerland or Hong Kong, it is favored by startups looking to register their companies in a favorable legal environment with supportive trading systems.

"Many countries in the region, including Vietnam, are crypto-crazy," said Vincent Ha, chief strategy officer of Yello Digital Marketing Global, the South Korean partner in the Six.network launch. "You can see a lot of ICOs coming out, but they have to go around government regulations, just as in Indonesia."