US tells Japan it wants to start FTA talks 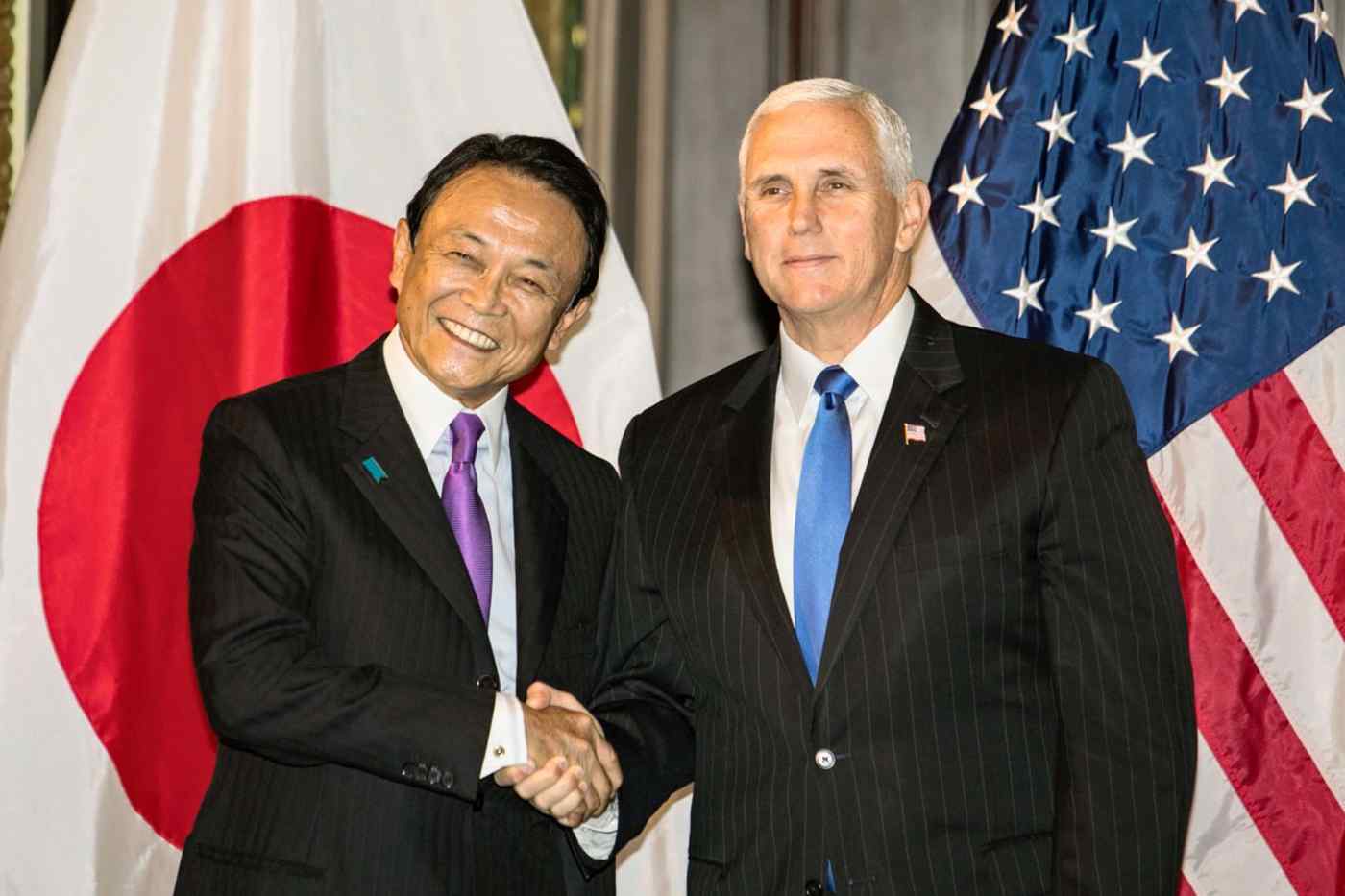 WASHINGTON -- The U.S. has for the first time told Japan it has a "strong interest" in starting talks over a potential free trade agreement between the two countries.

A Japanese government official said that the U.S. side had touched upon the issue of an FTA during the second round of economic dialogue between U.S. Vice President Mike Pence and Japan's Deputy Prime Minister Taro Aso on Monday.