Ultra-low interest rates have proven themselves to be ineffective

While the Fed plans to increase the federal funds rate even further, the ECB and BOJ continue to snap up assets.   © Reuters
CopyCopied

The central banks of the large industrialized countries are heading in different directions. The U.S. Federal Reserve Bank terminated its quantitative easing program in 2014 and plans to further increase the federal funds rate beyond the current level of 0.66%. In contrast, the Bank of Japan continues buying 7.7 trillion yen ($68 billion) worth of assets per month. The BOJ's current target value for 10-year government bond yields is 0%; its key policy rate stands at -0.1%.

Like the BOJ, the European Central Bank has kept up its asset purchases, albeit at a slightly slower pace -- 60 billion euros per month ($64.7 billion) from April 2017. The main refinancing rate stands at 0%; the interest rate on the deposit facility is -0.4%. However, skepticism is growing, even inside the ECB. Deutsche Bundesbank President Jens Weidmann has argued that the large asset purchases constitute a risk for financial stability and blur the borderline between fiscal and monetary policies. In Europe, ECB interest rate cuts following the bursting of the dot-com bubble encouraged undue credit growth and real estate bubbles in the southern and western part of the eurozone. The resulting "euro crisis" triggered unconventional monetary policy measures to rescue Greece, Italy, Ireland, Portugal and Spain. Because this monetary policy is much too loose for Germany, the country's stock and real estate markets increasingly show characteristics similar to those in Japan during its bubble days.

Second, it can be shown, based on the works of Mises and Hayek, that once a bubble has burst, ample low-cost liquidity cannot revive economic activity. Instead, cheap money without limit puts a lasting drag on growth. This is best visible in Japan: Monetary policy-based crisis therapy started much earlier, in the 1990s, and is on a larger scale. Negative effects on banks, enterprises and households can be identified.

Japan's banking system grew increasingly damaged. The unconventional monetary policy undermined the industry's traditional business model: Take deposits from households and provide loans to enterprises. The spread between the lending rate and the deposit rate stood at a profitable 3.5 percentage points in the 1980s. Since the bursting of the bubble, the BOJ has pushed this spread down to below 1 percentage point. On top of that, the demand for loans has declined because the low financing costs subsidize enterprises, which use the respective windfall profits to repay credit.

For a while, the country's commercial banks could partially offset the dwindling revenues from their lending business by buying and selling Japanese government bonds. But since the start of the Abenomics, the BOJ has been buying large amounts of JGBs, driving down yields and taking this life preserver away from the banks.

This has forced the banks to invest more abroad. Small regional banks are under particular pressure, inexperienced as they are in doing business abroad and dealing with foreign exchange risk. The concentration process in Japan's banking sector toward large financial conglomerates will accelerate. By 2020, the number of regional banks is expected to fall in half.

The BOJ's monetary policy is likely to promote the same kind of consolidation process in Japan's corporate sector. The reason is that large exporters' profits are boosted by factors beyond low financing costs. They also grow when new monetary policy impulses trigger a weaker yen. Large listed enterprises also benefit because the BOJ holds their bonds and is now increasingly buying their shares via exchange-traded funds. In contrast, small and medium-size enterprises are dependent on weak domestic economic activity. They rely on loans from increasingly precarious regional banks.

Further lowering interest rates no longer affects companies' investment decisions. A general improvement of business conditions is necessary to kick-start investment activity. Instead, central banks are preserving distorted economic structures: Enterprises with low or negative profits are kept alive because banks fear the veil being lifted on their bad loans to these so-called "zombies."

Because production factors remain bound in inefficient enterprises, productivity gains in Japan have declined from 4% to 5% in the 1980s to below 1% now. Given that productivity increases are a prerequisite for real wage increases, the scope for potential wage increases has become very small. In fact, the average real wage level in Japan has trended down since 1998. If some parts of the population -- in particular the elder generation with lifetime employment contracts -- receive wage increases, the younger generations have to accept lower real wages and precarious job security.

Another problem with this is that since the elder generation has a lower propensity to consume, consumption has been sluggish.

The Japanese government has tried to compensate for this paralyzed state of affairs by increasing government demand. This has helped to maintain short-term growth but has pushed up government debt to roughly 250% of GDP. Without the BOJ's extensive purchases of JGBs, high interest rate payments would render the Japanese government's budget unsustainable. Deutsche Bundesbank President Weidmann may have Japan in mind when he argues that the borderline between monetary and fiscal policy has become blurred.

The upshot is that the developments in Japan show how monetary expansion fails as a strategy for managing crises or achieving sustainable growth. In the southern part of the eurozone the situation seems to be converging toward what has been observed in Japan since the early 1990s -- anemic growth without any expectations of lasting recovery. In contrast, Germany seems to be blowing its economy into the shape of a 1980s-like bubble. When this bubble bursts, the whole of Europe will slip into a lasting stagnation with declining real wages. Europeans are not keen to experience this.

Therefore, the ECB should not follow the BOJ's gigantic monetary policy experiment. The U.S. has already terminated its quantitative easing program and envisages further interest rate increases. Europe would be better off announcing a cautious but consequent exit from its ultra-expansionary monetary policy sooner rather than later. 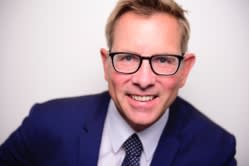 Prof. Gunther Schnabl is a professor for international economics and economic policy at Leipzig University. He has been a visiting researcher at the BOJ, Tokyo University, Deutsche Bundesbank, the Federal Reserve Bank of New York and European Central Bank.