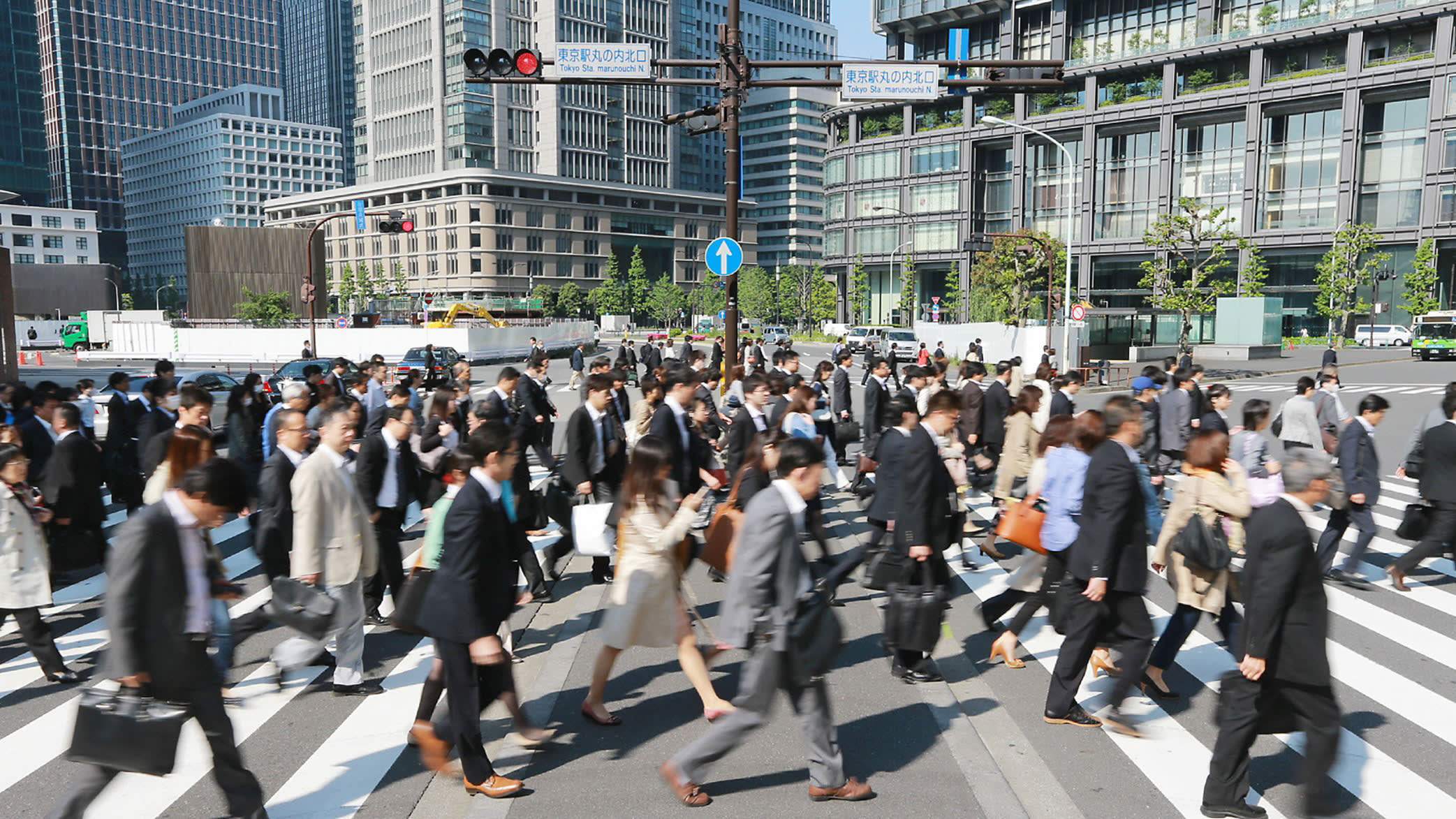 More women and seniors are joining the workforce in increasing numbers.
May 30, 2015 00:14 JST | Japan
CopyCopied

TOKYO -- Renewed economic growth and widening shortages of labor are helping solve a problem that Japan has wrestled with for years: getting more women and older people into the workforce.

But this progress is unlikely to produce immediate advances in wage growth. That is because most of the women and seniors entering or returning to the job market are taking relatively low-paid, non-permanent positions.

Japan "has started moving toward a virtuous economic cycle," Chief Cabinet Secretary Yoshihide Suga told reporters Friday, reacting to the latest drop in the jobless rate. Unemployment fell to 3.3% in April, the lowest since April 1997, before the country slid into deflation. Back then, the jobless rate went as low as 3.2%.

The ratio of job offers to applicants touched a roughly 23-year high of 1.17. April saw only 400,000 layoffs, the fewest on record going back to 2002. The economy has pulled out of the rut it fell into after last year's consumption tax hike. Corporate activity has taken a turn for the better.

Female labor force participation has improved markedly in the past 18 years. Women in their child-bearing years are cutting short the time they spend out of work after giving birth. From April 1997 to last month, employment jumped from 58.4% to 69.6% among women ages 25 to 34 and climbed nearly five percentage points to 69.6% in the 35-44 age bracket.

The proportion of seniors holding jobs has edged up in recent years. Employment among people 65 and older has risen to 21.3% from 19.6% in 2009, increasing by 1.5 million people.

With the number of Japanese in their prime working years shrinking, employers are making efforts to accommodate female and senior job seekers. This trend, coupled with a more recent economic-growth-driven rise in hiring, has stretched the labor market tight.

Per capita wages might be expected to go up when unemployment goes down. But the part-time jobs that women tend to hold pay only around 30% as much as full-time positions. And seniors re-entering the work force typically earn about 60% of their pre-retirement salaries. While the overall pie of employee earnings is growing, each worker's slice is not getting bigger. Real wages fell 2.7% on the year in March, dropping for the 23rd month in a row.

Nearly 38% of about 10,000 domestic companies surveyed by Teikoku Databank say they don't have enough full-time employees. Information services and construction companies are finding it particularly hard to secure permanent help and are getting by with temporary workers, the data provider says.

Employers in understaffed industries are increasingly elevating temps to full-time jobs. This movement, along with more women and old people joining the work force, could contribute to per capita wage growth, says Hiroshi Watanabe, senior economist at SMBC Nikko Securities.

The Bank of Japan reckons that energy prices are depressing inflation by 0.7 to 0.8 percentage point. This effect of last year's sharp depreciation in oil is expected to linger into the summer. Many economists predict inflation will slip into negative territory in June.

But the BOJ believes that the trend in price growth remains unbroken, pointing to a narrowing of Japan's supply-demand gap. Yoko Takeda, chief economist at the Mitsubishi Research Institute, says price increases in food and labor-supply constraints have begun contributing to inflation.

Industrial production climbed 1% in April compared with March, rising for the first time in three months. Japanese output of electronic components bound for the rest of Asia continues to grow. More such dynamism in the corporate sector would rev up inflation.