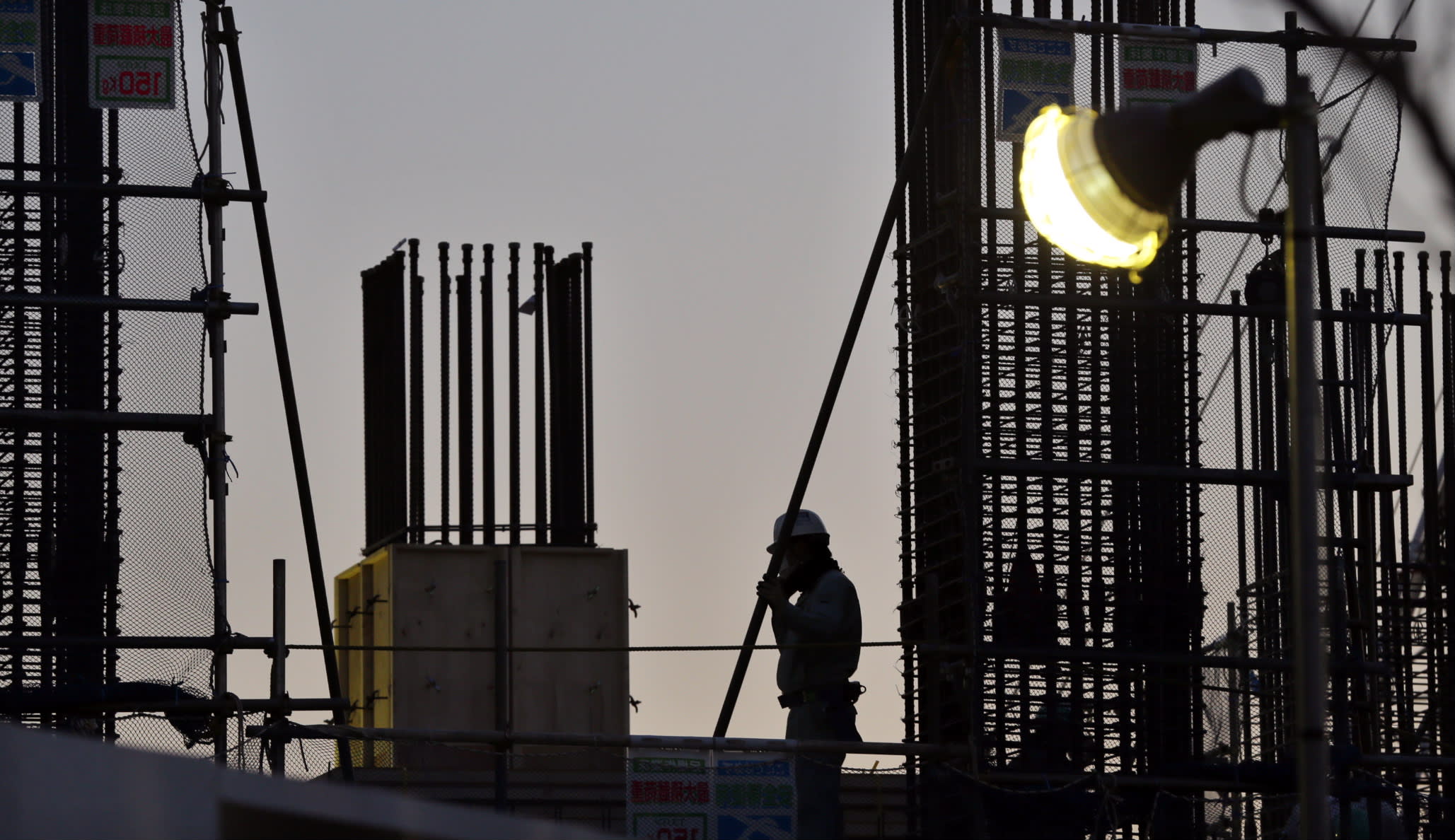 TOKYO -- Personnel shortages present a potential bottleneck to the recovering Japanese economy, hampering construction of day care facilities and impeding the flow of people and goods on trucks and buses.

On Friday, Finance Minister Taro Aso said the government has set a highly unusual spending deadline for fiscal 2013 supplementary budget appropriations. "We would like around 70% of the funding to be spent by the end of June and 90% completed by the end of September," Aso said. The supplementary budget is intended to support the recovering economy as a consumption tax hike takes effect in April, but it remains to be seen whether it will have the envisioned effect.

Behind the push are delays in implementing public works projects due to labor shortages. In Iwate Prefecture, 40% of projects put out for bidding between April and December of last year failed to bring successful bids. The government has tried to boost the cost of public works projects so laborers' wages can be increased, but even that has failed to ensure that personnel can be found.

Manpower shortages at construction sites have implications for working parents. In Tokyo's Setagaya Ward, which has the longest waiting lists for day care in the country, three nursery schools were supposed to open in April but have been pushed back to July or August due to shortages of workers and construction materials.

Driver shortages are also causing problems. Kominato Railway, which operates buses primarily in Chiba Prefecture, laments that it cannot find enough drivers. It has offered to lend those interested the funds needed to get licensed and will forgive part of the debt if they work for the company for several years, but even this has not proved immediately effective.

Such deficiencies are also a serious problem in the logistics sector. Nagoya-based Taiho Transportation owns some 400 trucks but doesn't have drivers for around 40 of those. With shipping demand robust as consumers rush to make purchases before the consumption tax hike, the company has been forced to outsource work, losing a good business opportunity.

The seasonally adjusted unemployment rate dipped to a six-year low of 3.7% in December. The effective job-opening ratio rose to 1.3, the first time in 75 months there were more job openings than job seekers. Moreover, there are debilitating shortages of construction and transportation workers and caregivers.

The worker deficit has been caused by an increase in hiring as the economy has improved, even as the number of people available to work declines due to the falling birthrate.